Fight Strong opponents
Get back to his world (Project X Zone)

Bahn despite only being a 17-year-old high school student from Nishino Machi, Bahn is a powerful and imposing fighter in a long coat and hat, who has come overseas to find and fight his father, whom he has never met and abandoned him and his mother when they were small. He has declared himself 'Gengis Bahn III'. His design was inspired by the character Jotaro Kujo from JoJo's Bizarre Adventure.

A high school gang leader, Bahn was passionate, bold, and hot-blooded. On his search for his father, who abandoned him and his mother at a young age, he stopped in Armstone City where he got involved in the Fighting Vipers tournament. But soon he got wrapped up in a scheme involved of destroying the Vipers by the mayor "Big Mahler".

Fighting Vipers
Hailing from his hometown of Nishino Machi, Japan, Bahn, AKA Genghis Bahn III, is a foreign exchange student and former gang leader who has traveled to Armstone City to find and confront his father, who abandoned him and his mother when he was just a baby. But will the search end here?

Fighting Vipers 2
Two years since the events of the first Fighting Vipers, Bahn has returned to the streets of Armstone again. But as he learns of the Viper Hunts, his priorities oblige him to stop the tyrannical mayor B.M.'s reign over the city.

Fighters Megamix
Bahn is one of the playable characters.

Bahn makes an appearance in Project X Zone. He is a support character for any of the playable characters

A "VIPER," the name for combatants who wear armor and fight in the backstreets. Bahn is a high school gang leader who calls himself "Genghis Bahn III." Noble, passionate and hot-blooded. During his journey to find his father, who abandoned him and his mother, Bahn stopped in Armstone City. He got involved in the Fighting Vipers tournament held by the City Mayor, B.M., before getting wrapped up in the effort to stop B.M. from hunting down the Vipers. His hobby is karate and he likes noodles with rice. 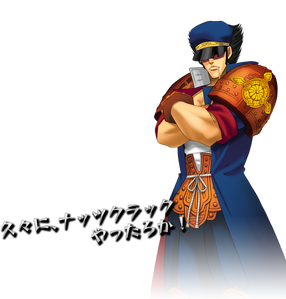 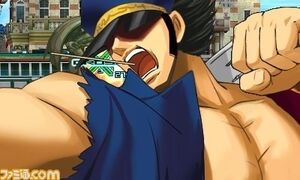 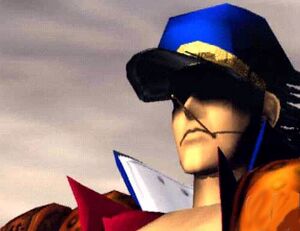