Balthazar was an angel of Heaven appearing in Season 6 of the TV show Supernatural. He was one Castiel's most trusted allies and commanders of the army of Heaven and friend of the Winchesters.

He was played by Sebastian Roche.

Balthazar was an high-tier angel next to Castiel and a personal friend of the seraph. At some point during the Apocalyspe, he stolen a large number of artifacts kept in Heaven and even went as far as faking his own death. He then went to earth and leaded a hendonestic lifestyle of his own free-will even going as far as to buy human souls from crossroad demons to prevent non-wronged souls from entering Hell. Balthazar eventually stole the weapon cache from the armory in Heaven and needed it as Castiel and Raphael discovered Balthazar was actually very much alive. Balthazar eventually sided with his friend Castiel to take down Raphael's followers including Virgil. Balthazar was killed by God Castiel as the former was able to help the Winchesters to try and close the portal to Purgatory- an evil dimension where god trapped his first most dangerous children and warriors "The Leviathans". 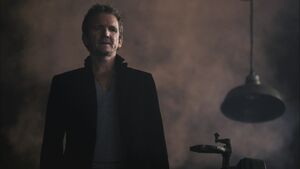 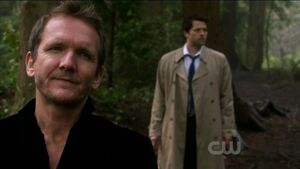