Daughter of the Bao family

Be with Guan Suo.

Supporter
Bao Sanniang (Chinese: 鮑三娘) is a minor protagonist in the Romance of the Three Kingdoms. She is one of the daughters of the Bao family.

Bao Sanniang's father, Bao Kai was the king of Bao Clan Village. She is the third daughter, Bao Li, Bao Yi's sister, and Guan Suo's wife. Guanshou Hou and Guan Yu were separated and adopted by the Suojia. Bao Sanniang was said to be a gentle and cheerful girl, only wants to let her husband do a good things for others. Usually she is very naughty and loves to be foolish, yet does has to praise and it is easy to smirk. Since the age of nine, they are have followed the Huayue martial arts and the martial arts is superb.

On the journey of seeking a father, Guan Suo had three treasures from Song Jingang, but one of them did not know who to wear. After the hearing department said that, Zhang Xiaolong was said Bao Sanniang could match it, he went to Bao Clan Village for helped. On the way to the Zhuang Pavilion, Guan Suo saw the pro-words and went to the contest to test the pro. Bao Sanniang is very fond of eating snacks but does not like to drink tea, she knew it would be weak and Guan Suo could only let her continued to strive.

Guan Suo listening the voice of Nanshan's master since he reunited with his father, actually said that he had lost the territory of the Bao family. On the same day, a female warrior should fought against him while she rumors spread. Bao Sanniang was so impel to against Guan Suo immediately after she thinking of her own good choice, she battled him in fifty rounds. Except after she dismounted with her baffled beauty and valour, Bao Sanniang decided to iwis now then equip to marry Guan Suo.

While Bao Sanniang is loyal to her husband for her tenderness due to their interesting relationship, they are represented by their families.

Bao Sanniang is a free-spirited beauty who doesn't want to be tied down to anyone. As well as a maiden who while content to roam wherever she fancies, she acts on her own volition without over-thinking the details. Perhaps due to her capricious nature, she exhibits a few cat-like mannerisms. Since she is a naturally gifted warrior, Bao Sanniang has no problem handling herself in battle. That she isn't impressed by most of the men she encounters and is especially offended when they don't take her strengths seriously. 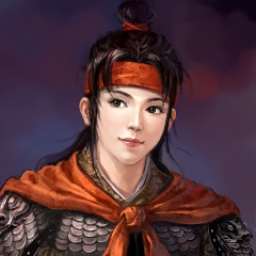 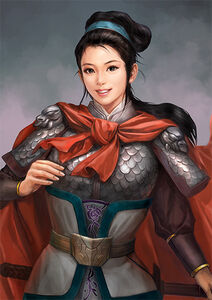 Bao Sanniang in Romance of the Three Kingdoms XII. 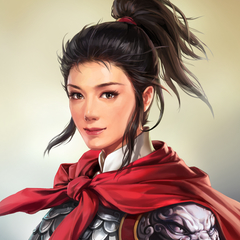 Bao Sanniang in 100man-nin no Sangokushi. 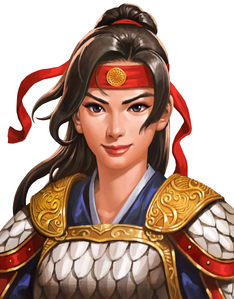 Bao Sanniang in Romance of the Three Kingdoms: The Legend of Cao Cao. 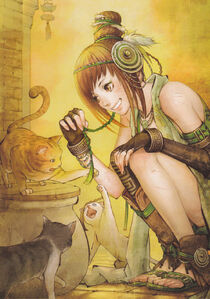 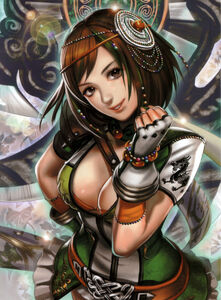 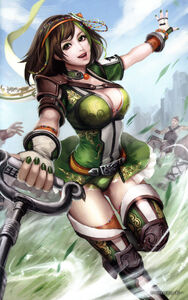 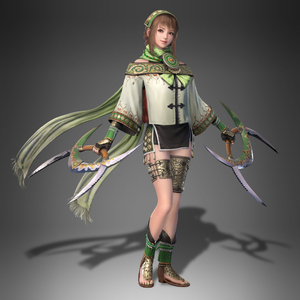 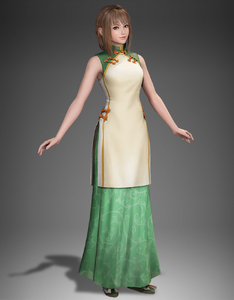 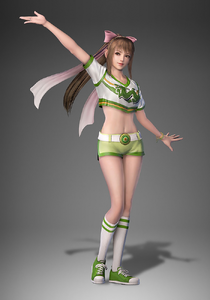 Season Pass uniform costume.
Add a photo to this gallery 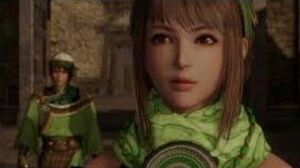 Retrieved from "https://hero.fandom.com/wiki/Bao_Sanniang?oldid=1728204"
Community content is available under CC-BY-SA unless otherwise noted.