He is voiced in Japanese by Ken'yū Horiuchi and in English by Michael Sorich.

Barazō is a tall, overweight man with a rather slick-back brown hair, thick eyebrows, and brown eyes. Generally, he is seen wearing a tan jacket with a white shirt and a black tie along with a pair of salmon color shorts with blue stripes, and a pair of white slippers.

Barazō is a very loose, cheerful and slightly perverted man. Being a back-ally doctor, he jokingly states that he killed more people than he saved and does not worry about it. He loves to eat large portions of food; talking with a mouth-full of it during dinner conversations.

Barazō Mankanshoku is the patriarch of the Mankanshoku Family. He works as a back-alley doctor though it is claimed that he has killed more patients than he had tried to save. 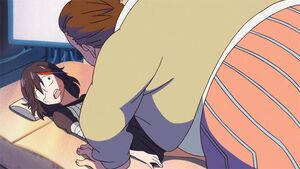 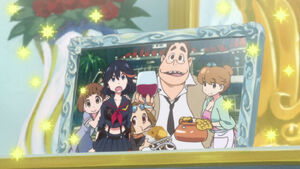 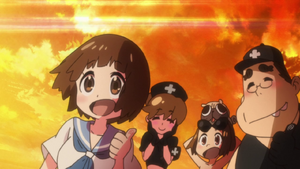