Hanging out with Rayman.

Help Rayman on his adventures.

Princess Warrior
Barbara is a fierce barbarian princess and an ally of Rayman. She first appeared in the video game Rayman Legends.

Barbara was voiced by Douglas Rand.

Barbara first appears as one of many princesses held captive by the Glade's invading nightmares. Rayman and his friends eventually free her from captivity and she decides to join them on their quest to save the Glade of Dreams. Barbara is very skilled with her double edged battle axe which she uses to attack her enemies, slam onto objects with incredible force and even slide down slopes. The head of her battle axe is attached to a chain so it can hit things otherwise out of reach, and the wings on Barbara's helmet give her the ability to hover in midair.

Barbara joins Rayman and their new ally The Captain to set sail in search for stolen Incrediball eggs so they can be returned to the Sacred Tree and help it grow. Barbara has a different appearance in this game; now sporting bright orange hair rather than her usual red and wearing an explorers outfit. She also wields a shovel instead of her battle axe, although it still functions the same way.

Barbara is shrunk along with the other heroes and joins them in their search to return to their regular sizes. She has gone back to using her original appearance in this game.

Barbara is one of the Rayman series characters who appears as a trophy.

Barbara is one of the "Epic Crossover Skins" that can be obtained in the game after a specific update. 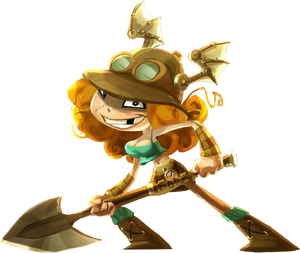 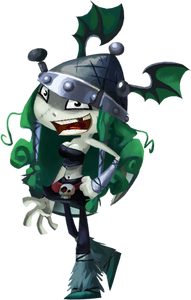 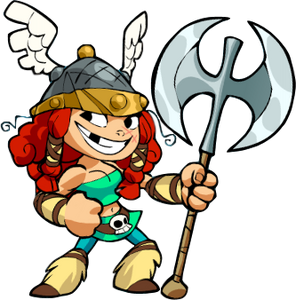 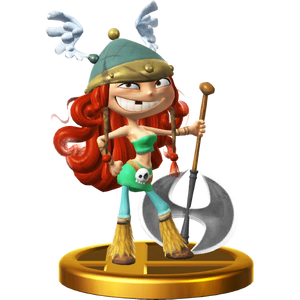 Barbara's Trophy in Super Smash Bros. for Nintendo Wii U.