Barr is a hero from Hero of Robots. He is the pilot of Tygers. He leads the Earth Forces against the Dark Army.

Barr is a passionate pilot, who has a great sense of leadership. He is very courageous to defeat the evil forces like the Legion of Doom.

Came from a military family, Barr has a strong mind and leadership skills far greater than his age would suggest. Once his mind is made up, he never wavers. An amazingly talented mech operator. 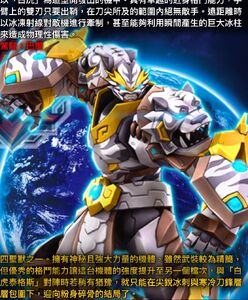 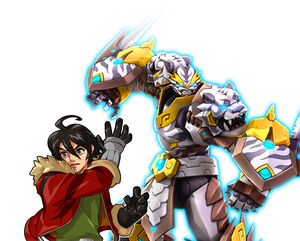 Retrieved from "https://hero.fandom.com/wiki/Barr?oldid=1771852"
Community content is available under CC-BY-SA unless otherwise noted.