Bartolomeo The Cannibal is a captain of the pirate crew called Barto Club. He has a reputation of being the crazy rookie. His bounty was 150,000,000 until after Dressrosa, his bounty is 200,000,000.

Bartolomeo is usually a simple-minded and crazy individual when he insulted people by telling them to go to hell. He insulted other pirates such as Cavendish and Law.

Despite of being crazy, he cares for his crew. He is a fanboy of the Straw Hat Pirates. Much like Boa Hancock, he worships Luffy, so he starts fanboying everytime when he sees him and his crew.

He was willing to join along with the other Corrida Colosseum individuals to help the against Doflamingo's birdcage. Despite his homicidal and violent nature, Bartolomeo is shown to be willing to work along with people to help them against the Donquixote Pirates.

Bartolomeo ate the Paramecia Devil Fruit, Bari Bari no Mi (Barrier Barrier Fruit). He creates barriers by crossing his fingers. He is highly offensive and defensive as nobody can break his barrier such as Hack, Bellamy and Elizabello's King Punch. 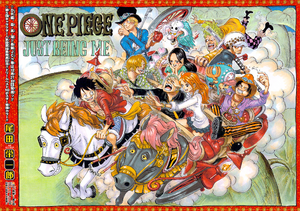