Heroes Wiki
Register
Don't have an account?
Sign In
Advertisement
in: Articles under construction, Book Heroes, Kids,
and 16 more

In the second movie, Bastian is played by Jonathan Brandis, who played the teenage Bill Denbrough in Stephen King's 1990 miniseries It, and Lucas Wolenczak on seaQuest DSV.

Two years after the first movie, Bastian is now 12 years old and is attending swim school, but is suffering from acrophobia, which prevents him from jumping from the high board. To overcome his fear of heights, he confides in Coreander, but is once again drawn to The NeverEnding Story. Coreander once again advises against it, but Bastian takes it anyway.

At home, Bastian takes the AURYN off the book cover and teleports into the world of Fantasia, where he appears on a boat heading towards Silver City. He is accompanied by Nimbly, a bird-like creature, who, unknown to Bastian, is sent by the evil sorceress Xayide to coax Bastian into making a wish so that he can lose his memories. Arriving in Silver City, Bastian is attacked by crustacean-like creatures called Giants, also sent by Xayide. Bastian escapes to safety and learns that the Childlike Empress is once again in danger, and that Bastian is the only one who can save Fantasia.

Rendezvousing with Atreyu, Bastian uses the AURYN to create a giant dragon to attack Horok Castle, where Xayide lives. The dragon, however, sets fire to the city before flying to Horok, where it is destroyed by the castle's defensive weapon system. Bastian and Atreyu meet the Rock Biter and his son Junior, and plan to infiltrate Horok. Bastian is caught in one of the spotlight beams, and Atreyu deflects the beam, destroying the weapons system. Bastian then makes wishes to create steps to ascend the castle tower while Atreyu is captured. Upon entry, Bastian saves Atreyu, defeats a few of the giants, and confronts Xayide, taking her hostage as they travel to the Ivory Tower.

During the journey, Xayide slowly starts to manipulate Bastian into believing that his friends are turning against him, and at one point, Bastian overhears a conversation between Atreyu and Falkor about the AURYN. Later that night, Bastian confronts Atreyu, believing he is trying to steal the AURYN from him. A fight breaks out, which ends when Bastian throws Atreyu off a cliff, killing him. When Bastian returns to Xayide, he soon learns that Atreyu was telling the truth. After seeing Falkor flying away with Atreyu's corpse, Bastian gives chase on Artax, only to be struck off by Xayide's magic, and fall into a canyon river. After almost going over a waterfall, Bastian walks through the desert and once again meets Nimbly. Bastian at first doesn't believe Nimbly, who claims he is on Bastian's side now, and Nimbly tells Bastian that Falkor is at Silver City, and that if Bastian lets Xayide win, Fantasia will cease to exist.

Arriving at the now-destroyed Silver City, Bastian gives the memory of his mom to bring Atreyu back to life. Xayide arrives, and Bastian gives his final memory - the memory of his father - to make Xayide have a heart. This ultimately destroys her and the Giants, restoring Fantasia back to its original glory. In gratitude, the Childlike Empress shows Bastian the way home: by jumping off a high cliff into water. Although initially hesitant, Bastian receives encouragement from his dad and Atreyu, and jumps off, returning home safely.

In the third movie, Bastian is played by Jason James Richter, who played Jesse Greenwood in the Free Willy movies.

Tales From The Neverending Story (2001)

In the 2001 series, Bastian is played by Mark Rendall. 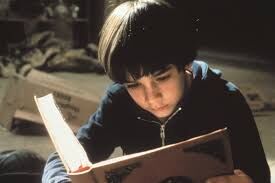 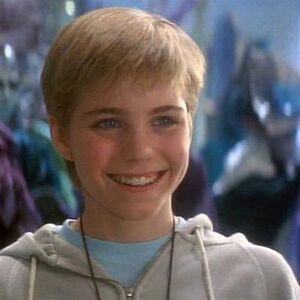 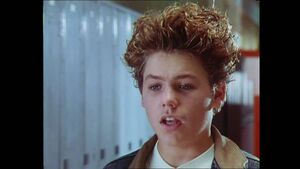 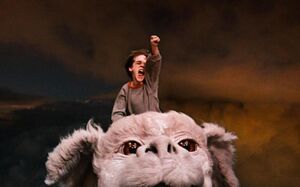 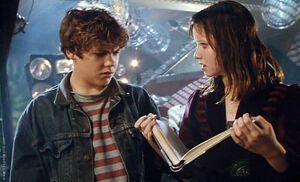 Teen Bastian in The Neverending Story 3
Community content is available under CC-BY-SA unless otherwise noted.
Advertisement