Bat (Fist of the North Star)

Thief and traveler (as a kid)

Rebel leader (as an adult)

Toyo and her foster siblings

Borge and his gang

Raoh and his army
Souther and his troops
Jakou, his sons and his army
Golan Army led by the Colonel
Shura warriors and the Three Rashos
Basically anyone Kenshiro considers evil

Bat is a supporting character of Fist of the North Star.

Bat is a young boy who decides to leave his home village to fend for himself, Bat was imprisoned in Rin's village for attempting to steal food. While locked in the same cell, he comes across the 64th successor of Hokuto Shinken Kenshiro, who breaks out to fight Zeed. After witnessing his skills, Bat follows Kenshiro as his self-appointed sidekick, hoping to use Kenshiro as a tool for his own self-benefit, but after the death of his adoptive mother Toyo back in his village, Bat slowly matures, upon witnessing the hardships of Kenshiro and his new friends and rivals. Following the timeskip, Bat has grown older, become wiser and is co-leader of the new "Hokuto Army" with Rin, a resistance group aimed at bringing down the tyrannical reign of the Celestial Emperor. Although Bat is not a true martial artist, he has rudimentary skills, alongside a limited knowledge of Hokuto Shinken from his travels with Kenshiro.

In the final arc of the series, Bat forgoes his love for Rin so she can be with Kenshiro. To that end, he presses Rin's pressure points to induce Identity Amnesia, including reuniting her with a similarly amnesiac Kenshiro. Fate would force him to pose as the Hokuto Shinken successor in order to fight Bolge, a blind thug with a dangerous vendetta for Kenshiro. Unfortunately, Bat is captured, tortured and multilated by Bolge, doing his best to leave an impersonation of Kenshiro, hoping that if he dies, Bolge will stay away from his friend for good. However, the amnesiac Kenshiro arrives to save him, until Bat's screams trigger the martial artist's memories, who is so moved by his sacrifice for him that Kenshiro defeats Bolge easily. Unfortunately, Bat is mortally wounded, yet urges Rin, who too has regained her memories from Bat's heroics, to stay with Kenshiro. Rin decides to stay behind and guard Bat's tomb, only to discover that Kenshiro managed to save Bat's life by manipulating his pressure points. 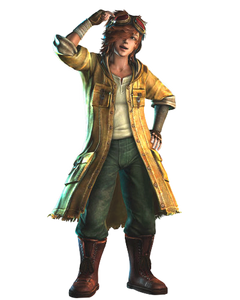 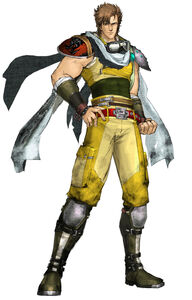