Barbara Gordon is the daughter of James and Barbara Eileen Gordon and the older sister of James Gordon, Jr. Barbara

Eileen Gordon left her family when her daughter was a young teen. A few years later, the Batman debuted. This inspired young Barbara to become Batgirl. Soon, she began working with Batman and his teen partner Robin. After about a year as Batgirl, Barbara was shot in the spine by the Joker. She recovered after being crippled for three years and returned to her position as Batgirl.

Her first real challenge back in the suit was a serial-killer named the Mirror who targeted those who escaped death through miracles. She met a brain-damaged psychic named Gretel who reminded her of the person she could easily have become.

Batgirl initially refused to join when her old friend Black Canary put together a black-ops team called the Birds of Prey. However, she assisted them on a mission when they went after the super-villain Choke. Their first encounter with him was erased from all the Birds' minds, and Batgirl does not even remember the team-up.[6] Despite this, she helped them take down Choke's sleeper agents known as the Cleaners. They tracked down their leader, a psychic named Trevor Cahill, and Batgirl was finally able to reconnect with Canary as close friends. 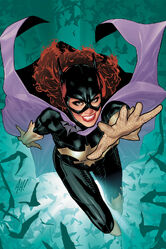 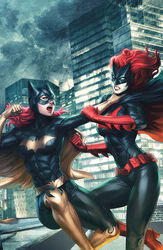 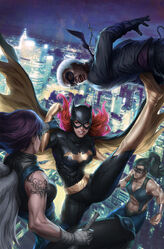 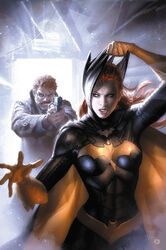 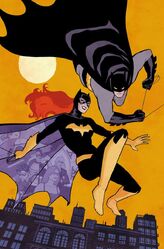 Retrieved from "https://hero.fandom.com/wiki/Batgirl_(Prime_Earth)?oldid=1663073"
Community content is available under CC-BY-SA unless otherwise noted.