Protect the people of Gotham City and humanity

Batman, aka Bruce Wayne, is the titular main protagonist of the TV series, The Batman. He is a masked vigilante who is the hero of Gotham City and one of the many members of the powerful Justice League as well as the highly rich CEO of Wayne Enterprises.

He was voiced by Rino Romano.

Bruce Wayne was born a child of wealth and privilege to Thomas and Martha Wayne of Gotham City. As the Waynes' only son, Bruce was the sole heir to the family fortune as well as his father's business Wayne Industries. When Bruce was a young boy, his parents were brutally gunned down by a mugger (possibly Joe Chill), leaving Bruce an orphan. The family butler, Alfred Pennyworth, picked Bruce up at the police station and soon became his legal guardian. Alfred raised Bruce in Wayne Manor as if he were his own son. Upon visiting his parents' graveside, Bruce made a solemn vow that he would devote himself to combating crime in Gotham City.

As a teenager, Bruce developed a friendship with a fellow student named Ethan Bennett. The two enjoyed a friendly rivalry with one another, one that often demonstrated itself on the basketball court. As they grew older, Wayne devoted more of his time towards the management of Wayne Industries, and Ethan went on to become a detective for the Gotham City Police Department, but they kept in contact with one another, and Bruce would occasionally invite him over to the estate for a game of "one-on-one".

As time progressed, Bruce found the means by which he could keep the promise he made at his parents' graves. He fashioned a dark costume for himself to conceal his true identity and took on the guise of the Batman. With the reluctant help of his butler Alfred, Bruce established a crime fighting command center in a cave beneath Wayne Manor. This soon became known as the Batcave.

His connection to Wayne Industries provided him access to technology that he used to develop his crime fighting arsenal. He installed an advanced computer network in the Batcave, dubbed the Bat-Wave, and he also designed weaponry, which he incorporated into a utility belt. In addition, he also developed an array of vehicles such as the Batmobile, the Bat-Glider and the Batplane, as well as a manned set of robotic armor which he called the Bat-Bot.

For the first two years of his career, Bruce mostly fought common street-level thugs and members of organized crime. Reports of the Batman's activities quickly circulated throughout the city. Chief of police Angel Rojas took a rigid stance against acts of vigilantism and entrusted his detectives, including Ethan Bennett, to do everything in their power to bring the Batman to justice. Ethan and his new partner, a detective from Metropolis named Ellen Yin, committed many man-hours investigating the Batman. Secretly though, Ethan actually advocated the Batman’s ability to clean up the streets of Gotham.

Creation of his Rogues Gallery

In his third year of crime-fighting, Bruce encountered an individual who proved to be his most bizarre and dangerous adversary to date – the Joker. He first met the Joker after the latter escaped from his hospital room at Arkham Asylum. He prevented the Joker from releasing a deadly nerve gas over the city, after which, he promptly returned him to Arkham Asylum. The Joker, never one to stay in captivity for long, returned time and time again to plague the Batman with outrageous new schemes.

The emergence of the Joker appeared to have inspired many members of Gotham's underworld to likewise take up costumed identities, many of whom adopted various trademarks or gimmicks that set them apart from the common criminal. Batman’s first super-powered adversary was a Brazilian mercenary named Bane. Gang leaders brought Bane into the United States in the hopes of destroying the Batman through superior muscle power, but fortunately for Bruce, the Bat-Bot armor proved an adequate foil against the oversized behemoth. More and more colorful villains popped up in Gotham City, and Batman developed a veritable rogues gallery of foes including the likes of the Penguin, Man-Bat, Killer Croc, Cluemaster and Catwoman.

One of the most traumatic experiences in Bruce's career as the Batman not only cost him a friend, but also gave rise to a powerful new villain. The Joker, having once again escaped custody, developed a special vaporous gel that could transform everything it came into contact with into putty. The Joker kidnapped Ethan Bennett and held him captive at his lair where upon he forced him to inhale the vapors from his gel. Bennett survived the incident thanks to the intervention of Batman and Ellen Yin, but exposure to the chemicals altered his physical structure, slowly transforming his body into liquid clay. Driven insane, Ethan Bennett became the villain known as Clayface.

Some time later, a new character entered the Batman's life, but this one came not as a foe, but as an ally. Barbara Gordon, the teenage daughter of Gotham City Police Commissioner James Gordan, took it upon herself to adopt her own costumed identity – Batgirl. While keeping her identity safely hidden from her father, Barbara aided Batman in stopping her former friend Poison Ivy from terrorizing the Chlorogene corporation. Batman was reluctant to accept Barbara's aid, and provided little encouragement, but the enthusiastic youth persevered and continued to assist Batman as his unofficial partner. After several harrowing adventures, including one which required Batgirl to man the Bat-Bot armor, Batman finally accepted her as his partner and provided her with her own utility belt.

The "Batman Family" gained another member only a short time later. Young circus aerialist Dick Grayson was orphaned when his parents were murdered by a criminal named Tony Zucco. Batman felt great empathy towards Dick, as he had experienced a similar horror as a youth himself. Recognizing Dick's acrobatic skill, he took him under his wing at the Batcave and Dick became his new sidekick Robin. This relationship caused a rivalry between Dick and Barbara who felt that Dick was receiving preferential treatment over her. Over time however, the two teens mended bridges and became an effective fighting force.

Some time later, Bruce discovered that Wayne Industries had begun secretly distributing alien technology to different locations across the world. While investigating the matter, Batman encountered a shape-shifting Martian who called himself John Jones. After a brief fight, Jones proved to him that he was actually here to aid the Batman and warned him of an encroaching alien armada called the Joining. As predicted, the Joining entered Earth's atmosphere and attacked Gotham City. Batman, Batgirl, Robin, Jones and the Gotham City police department fought valiantly against the aliens, saving as many lives as possible. They were finally able to repel the invasion by way of a satellite relay system. Although humanity proved victorious, Gotham City suffered tremendous collateral damage. This event proved to Batman that he could be more effective by combining his efforts with other like-minded heroes. At John's behest, he joined a team of super-heroes called the Justice League.

At some point later, in the year 2027, Mr. Freeze had attacked an airport in Gotham City. Bruce Wayne, now much older, took up the mantle of Batman again. Using a now tank-like Batmobile, he confronted Freeze, who overpowered the aging Dark Knight. Notified by Barbara Gordon, who was confined to a wheelchair, Dick Grayson arrived, now the superhero named Nightwing. Nightwing and Batman fought Freeze, and succeeded in stopping him, but not forever.

One hundred years later, Freeze began terrorizing the future Gotham City. Archeologists unearthed the Batcave with hopes of stopping Freeze. After theorizing that Thomas Wayne was Batman, and that his son Bruce was Robin, as well as several other theories, the archeologists discovered binary code incribed in the Batcave's titanium structure. Using holograms, they defeated Freeze, and imprisoned him, making sure that Batman's legacy survived into the future. 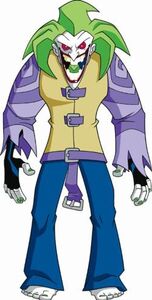 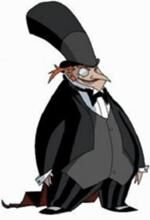 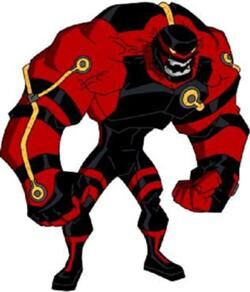 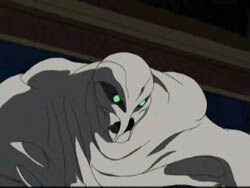 The Ventriloquist and Scarface 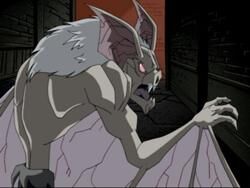 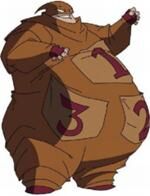 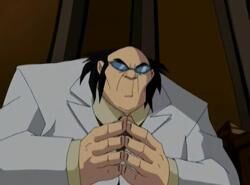 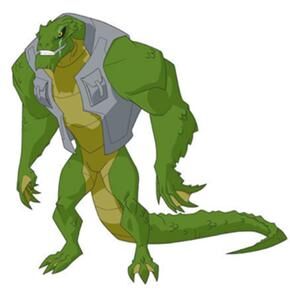 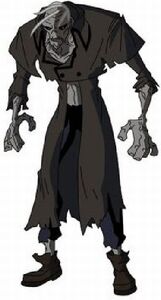 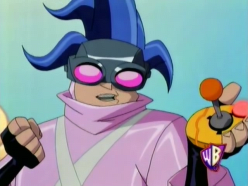 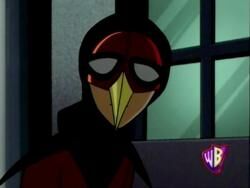 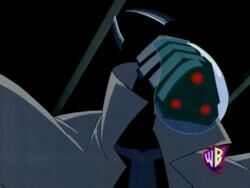 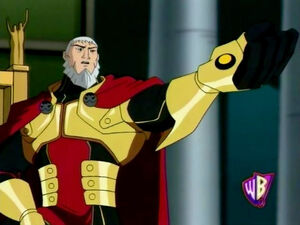 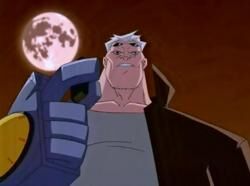 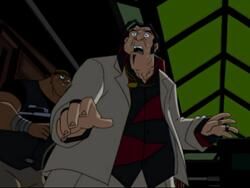 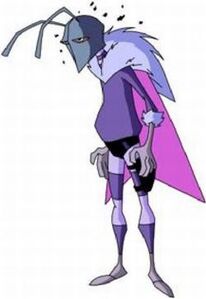