Good with a gun and a skilled fighter

Trying to collect water for her town of Dirt

Beans is the heroine of the 2011 animated movie Rango.

She is voiced by Isla Fisher.

Beans is a tough and feisty desert iguana who lives on a ranch in the musty town of Dirt and has lost her father. She is struggling to save her ranch from going out of business, courtesy of the greedy and evil Mayor Tortoise John, and understands that someone is wasting Dirt's water supply and buying up the land. When Rango tumbles into her life, Beans at first doesn't trust him and tries to warn him about the impending danger. However, the two of them form a strong relationship when Rango promises Beans that he'll help her save the town and its water supply. The sinister Rattlesnake Jake arrives, exposes Rango as a fraud, and banishes him from Dirt. Beans is kidnapped by the Mayor and his thugs and refuses to give him her ranch. She is tied up and locked in the bank vault with Rango who frees her. The two of them break down the door, unblocking the water. Rattlesnake Jake turns on the Mayor for his treachery and carries him off. Beans and Rango fall in love and become heroes. 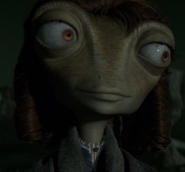 Beans aiming her shotgun at Rango 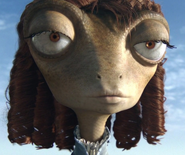 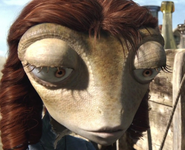 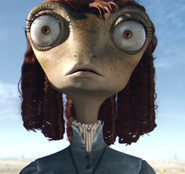 Beans in her frozen state 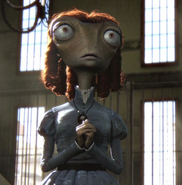 Beans concerned about the water crisis 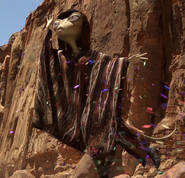 Beans dressed as a princess 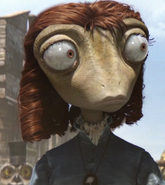 Beans sad about failing the mission 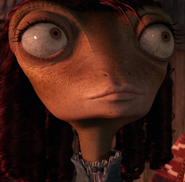 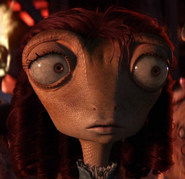 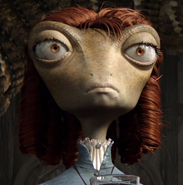 Beans standing up against the Mayor

Beans in the dreaded clutches of Rattlesnake Jake

Beans bound and gagged by the Mayor's henchmen

Beans kissing Rango as he rescues her 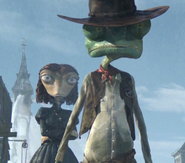 Beans and Rango facing the Mayor 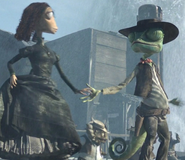 Beans finale
Add a photo to this gallery

Retrieved from "https://hero.fandom.com/wiki/Beans?oldid=1089028"
Community content is available under CC-BY-SA unless otherwise noted.