Hanging out with Rachel

Be out in the world (succeeded)

Aid Dick Grayson and the Titans

Teenage Superhero
Garfield "Gar" Logan, also known as Beast Boy is one of the tritagonists of DC Universe original series Titans. He used to lived with Doom Patrol, until he moved into the Titans Towers with Dick Grayson, Koriand'r, and Rachel Roth.

He is potrayed by Ryan Potter, who also played Hiro Hamada from Big Hero 6.

Nothing much known about Gar's early life, he was sick in Congo. He was saved by Dr. Niles Caulder who gave him the serum that turned his skin pale-greenish, and green hair, and gave him animal shapeshifting abilities. He was able to turn into a tiger. He has been living with Doom Patrol ever since he got his powers.

Meeting Rachel and the Titans

Gar met Rachel while she was playing pinball. He found Rachel again at the woods while being a tiger, and took her into the Doom Manor. Rachel met Cliff Steele/Robotman, Larry Trainor/Negative Man, Rita Farr/Elasti-Woman, and Niles Caulder/The Chief. They were hanging out a little bit. Caulder drugged Rachel, and tried an experiment on her, and put Gar to sleep. Rachel attacked the Chief. Dick and Kory came to get him, but Gar also came with them. They were hiding out in the Hotel. Until the Nuclear Family came and tried to take Rachel. They were apprehended. Ever since then, he joins them. Gar and Rachel to the asylum to look for Rachel's mother, without Dick and Kory knowing and it leads them captured. He was tortured by a group of doctors. When Kory found him, they confronted a doctor, until Gar accidentally killed the doctor with his tiger form. He was anxious because he never killed anyone before. 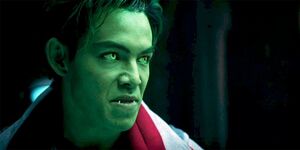 Gar while using his powers 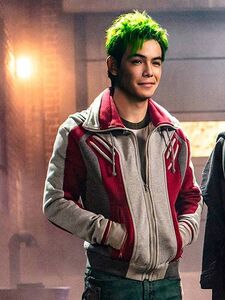 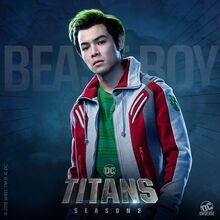