Fist of the Beast King (As Beelzemon Blast Mode)

To save Human World

Digimon
Beelzemon is the Mega form of Impmon. Beelzemon's name is derived from Beelzebub, which is often synonymous with devil.

He is voiced by Hiroki Takahashi in the Japanese Version and Derek Stephen Prince in the English Version.

The red scarf tied around his arm is residual from the neckerchief he wore as Impmon. He can change to Beelzemon Blast Mode.

Beelzemon appears when Impmon accepts Caturamon's offer. With this new power, Impmon is able to warp digivolve into his Mega form. He is also granted control over a motorcycle that had previous controlled Guilmon. Calumon is the first Digimon he encounters when he briefly stops his motorcycle in front of the fatigued Digimon, however Calumon does not recognize him as Impmon and asks him for help. Despite Calumon's pleading, Beelzemon leaves him behind. Later, he tests out his new abilities on a swarm of Chrysalimon. After obliterating a few dozen, the rest digivolve into Infermon with Calumon's power. However, Beelzemon still defeats it and finally gets the chance to absorb data, before being approached by Caturamon who told him now it was his turn to uphold his end of their bargain. He attacks the Tamers, and Renamon is able to recognize him as Impmon. However, the ensuing battle is interrupted by a fierce storm created by the reactivation of the unstable Juggernaut program.

Beelzemon appears again at Digimon Sovereign Zhuqiaomon's Southern Gate to hinder Takato and his group. During the following fight, Beelzemon's lust for power quickly overtakes him, causing him to severely injure the Tamers and their Digimon, eventually killing and loading Leomon. Takato goes into a rage, and his hatred dark digivolves WarGrowlmon to Megidramon. At first, Megidramon seems to have the upper hand, but when Makuramon appears to berate Beelzemon, he is killed and loaded by Beelzemon, allowing him to defeat Megidramon and even load the Ultimate data of Taomon and Rapidmon.

However, after an epiphany, Takato and Guilmon are able to biomerge and form Gallantmon, who is an even match for the empowered Beelzemon. Nevertheless, Beelzemon soon gets the upper hand again when Caturamon appears to attack Lopmon for her betrayal of the Sovereigns. Gallantmon destroys the last of the Devas, but Beelzemon sneaks up and loads Caturamon's data, gloating that the Deva got what he deserved. With this power boost, he nearly slays Gallantmon, until Guardromon distracts him with a Guardian Barrage, and Gallantmon is able to defeat him with a Shield of the Just. As Gallantmon is about to finish him off, he is stopped by Jeri Katou's request that he be spared.

After his merciful reprieve by Jeri's hands, Beelzemon, shocked and seemingly emotionally drained, reflects on the events in his life that led up to that point and wanders off. He aimlessly trudges through the digital wasteland with the image of heartbroken Jeri haunting his mind, devoid of any of his former bloodlust or even the will to live. This left him vulnerable to the revenge of the Chrysalimon he'd previously terrorized, who, upon discovering him, drained him of his energy and left him behind as a beaten and defeated Impmon.

Beelzemon, riding Behemoth, tries to stop Locomon, but Locomon takes out his motorcycle, and he withdraws.

When the Old Clock Shop Man summons the heroes of the past to the Fusion universe to help take down Quartzmon, Beelzemon, riding Behemoth, shows up with Garudamon and the eleven-year old Sora Takenouchi to assist in Australia. 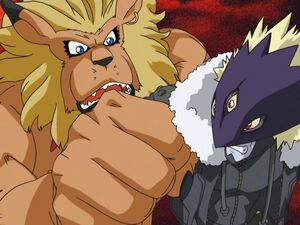 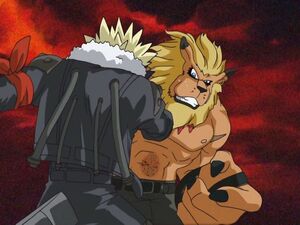 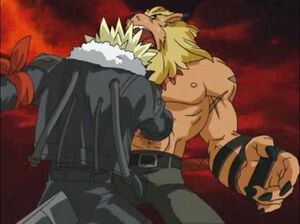 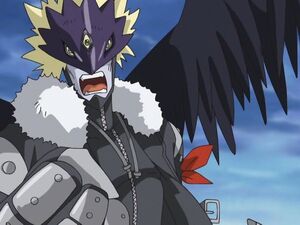 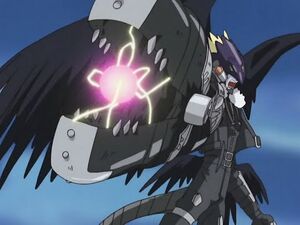 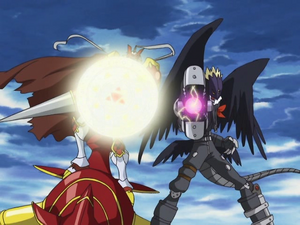 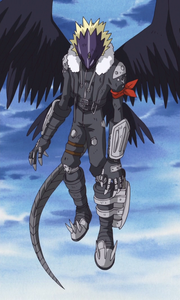 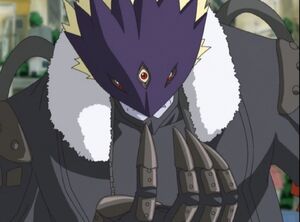 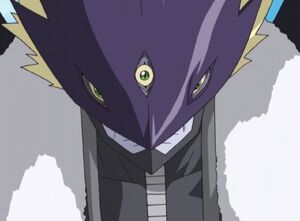 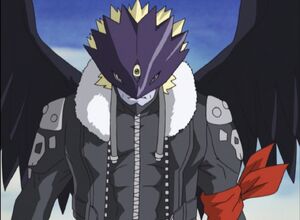 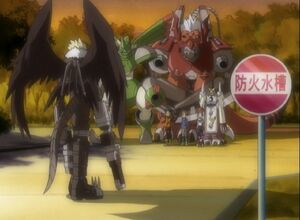 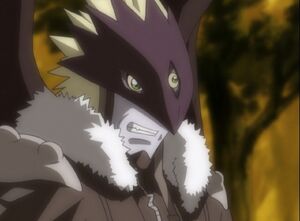 Retrieved from "https://hero.fandom.com/wiki/Beelzemon?oldid=1917134"
Community content is available under CC-BY-SA unless otherwise noted.