Start a Wiki
Three average kids dared entering a haunted mansion and freed a phantasm who granted them their wish to be their favorite comic book superheroes. But Flabber also released evil demon monsters from the comic, who plan to take over the world. The evil Vexor summons evil warrior monsters from the comic books to fight for him. After all his failed attempts, he creates his own Shadowborg to take away their powers but thanks to the help of the White Blaster he was defeated. Vexor was sent back to the comic after his friend Nukus betrays him. Nukus is then left to fight the new Beetleborgs Metallix and the Astral borgs.

The Sector Cycles are the Beetleborgs' new bikes used when they need to get to another part of the city. To summon them, the kids used their Data Bonders & Input Cards. When Roboborg arrived, he changed the cycles into the new Mega Spectra Sector Cycles by combining their old powers with their Metallix powers, with laser beams called Spectra Fire.

Battle Vehicles: The B.V.'s are the Beetleborgs' heavy artillery to use when the city is attacked by Crustacean Jet Fighters & Worm Tanks. Housed in the Beetle Battle Station. 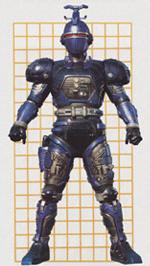 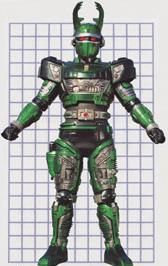