Thief
Con Artist
On and off Ally of the Winchester Brothers

Robbing others
Looking out for herself

Make a deal with the Crossroad Demon to have her parents killed (succeeded).
Steal the Colt, and kill Sam to escape her deal (failed).
Give Dean info on Lilith before death (succeeded).

Tragic Heroine
On and Off Villain

Abbie "Bela" Talbot (1983-2008) is an anti-heroine, and secondary villain appearing in the hit tv series, "Supernatural".

She was a thief and a demon hunter who crossed ways with Dean and Sam in the past. Bela, despite her differences with the Winchester brothers, made a pact with the hunters and joined forces with them to fight the forces of evil and otherworldly concepts of the supernatural.

Bela revealed to Dean that she made a deal with a crossroads demon in her childhood life in turn to ensure the demise of her viciously abusive parents and her time is up. The Crossroad Demon gave her ten years to live, and Bela became focus on trying to escape the deal. She tried to convince Sam and Dean to help her give advice but Dean didn't since she stolen the colt and failed to tell them where it is.

As a result, Bela faces the chaos approaching her way: Hellhounds that came to assassinate her and send her to Hell. Her whereabouts are completely unknown after that except she might have been killed and her soul is sent to Hell where she remains, tortured and possibly turned into a demon. Despite this, Bela gave Dean information on Lilith in their last conversation on the phone, telling him that their is a possibility that they could defeat the demon.

She was played by actress Lauren Cohan, who also plays Maggie Greene in AMC's The Walking Dead, while Tiera Skovbye played the character young.

Abbie was born in 1983 in the United Kingdom to unnamed parents, and it's indicated that she was abused as a child by her father from a flashback and her reaction to Dean's comments. When she was a teenager, she encountered a crossroad demon, who offered to get rid of her parents, and she agreed on the deal. Her parents were later killed in a car crash, and Abbie inherited her family's fortune, but later attempted to find a way out of her deal with the demon. She would become a thief and changed her name to "Bela", while also burning off her fingerprints to avoid having her identity being discovered. Before the beginning of season, Bela encountered Bobby Singer, who attempted to keep tabs on her until she went into the Middle-East.

While continuing her conning, Bela discovered a lucky rabbit's foot that was once owned by the late John Winchester, and decided to hire two criminals to steal it. She would learn that the criminals were cursed after the rabbit's foot was taken back by John's sons, Dean and Sam. Bela later disguised herself as a waitress to steal it from the siblings, but was forced to allow them to destroy the rabbit's foot when she was cursed by it. Despite her loss of profit, she would make more money from stealing Dean's lottery tickets that he had earned from having good luck from the rabbit's foot. 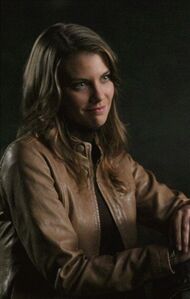 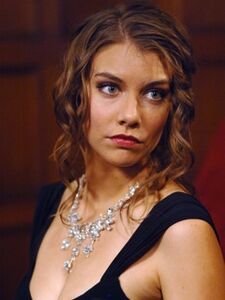 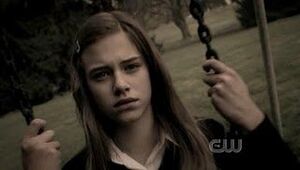 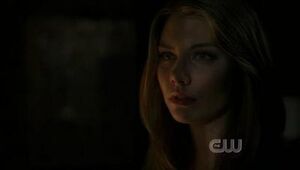 Bela hearing the hellhounds, leading to her fate.