When Belle first arrived on Sodor, she helped Thomas and Percy put out a fire at an old farm shed. Belle later advised the Fat Controller to bring Flynn to Sodor. When the Sodor Dieselworks was on fire, Belle and Flynn put out the fire just in time.

Belle later tried to befriend Toby when she learned that they both had bells. At first she did not understand that Toby was an older engine that may not like the same things she does, but she soon realized her mistake and they are now firm friends.

Belle attended the welcome party for Sir Robert Norramby and tried to help in the search of Stephen when he went missing.

When some railway inspectors questioned whether The Fat Controller needs two fire engines, she and Flynn became worried. She beat Flynn to two consecutive fires, but tried to comfort him when he subsequently became depressed. Her words did not do much to lift Flynn's spirits. She stayed on guard at the fireworks display at Ulfstead Castle when Flynn refused to do it; when Flynn was called to another fire at Brendam Docks, they both realised that Sodor really does need two fire engines after all.

When a whale was beached at Bluff's Cove, Belle and the rest of the Rescue team came to help put it back in the water. She insisted Toad sing to it while they took it to Brendam to be released back into the ocean.

Belle is a bold, big, blue tank engine, who is fitted with two water cannons atop her tanks, from which she can shoot water to fight fires. She also has a whistle and a big, brassy bell. Belle is lively, loud, and proud, with a big personality. While she may come across as bolshy, highly self-assertive, and overwhelming, Belle will always have the best of intentions at heart. She always wants to do her best and be the best she can be, causing her to be daring, energetic, and bursting with enthusiasm. But Belle is happy to talk to any engine or vehicle and, although she may be quick to jump in with her own ideas, always tries to understand, help, and be kind to others. As a result, she is a very likable engine, so much so that even Cranky gets on with her. She gets on well with Thomas and can even hold a civil conversation with Diesel, but she works especially well with Flynn, when helping him to tackle fires and is always there to support him should he make a mistake. Although fighting fires is always high on her list of priorities, Belle has also been known to perform goods duties about the railway.

Belle is a British Railways Standard Class 4 tank engine with added water cannons, brass bell, and electric headlamps on her bufferbeam and above her face.

Belle is painted royal blue with red and brass fittings. She has the number 6120 painted in gold and a crest consisting of a flame, two dolphins, and a crown painted on her sides. Her wheels are red with blue rims. 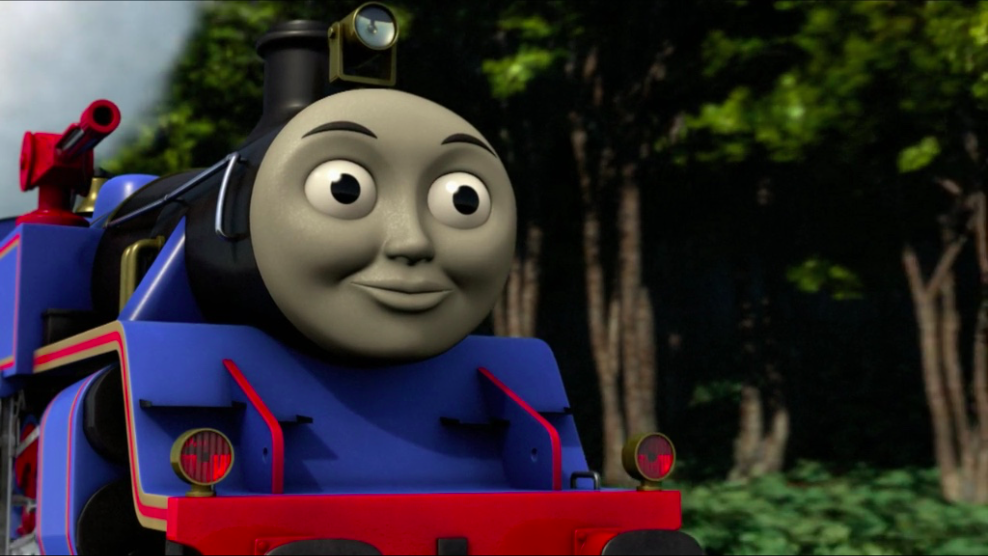 Belle in the fifteenth season 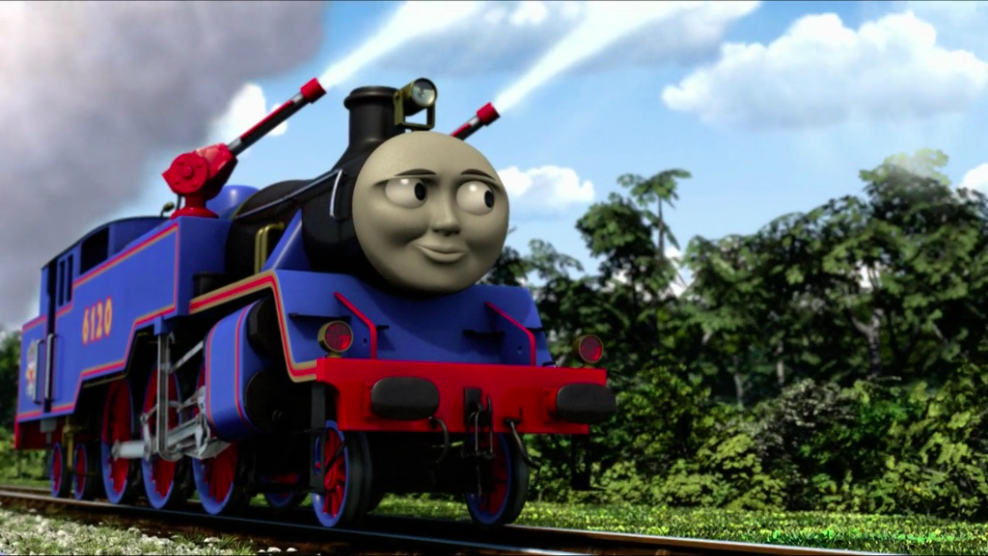 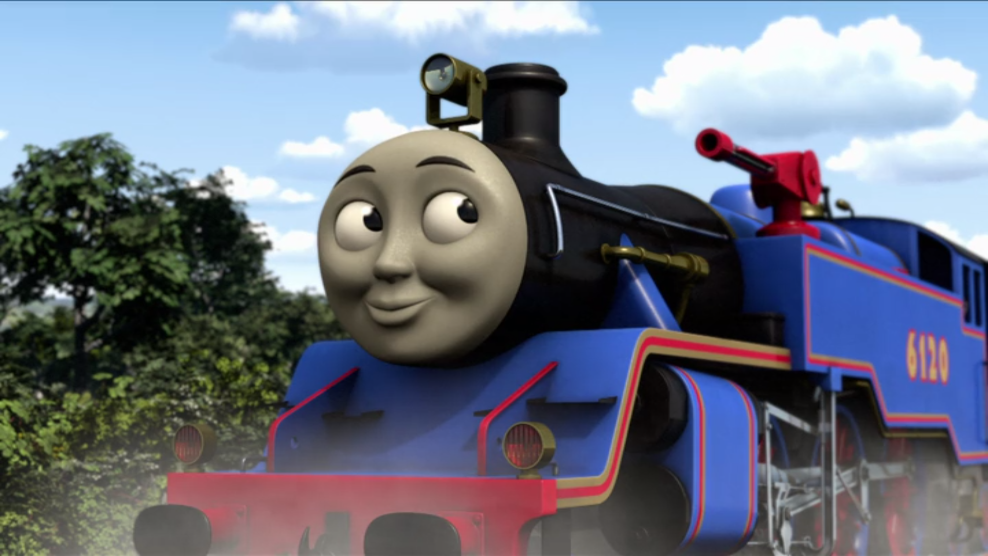 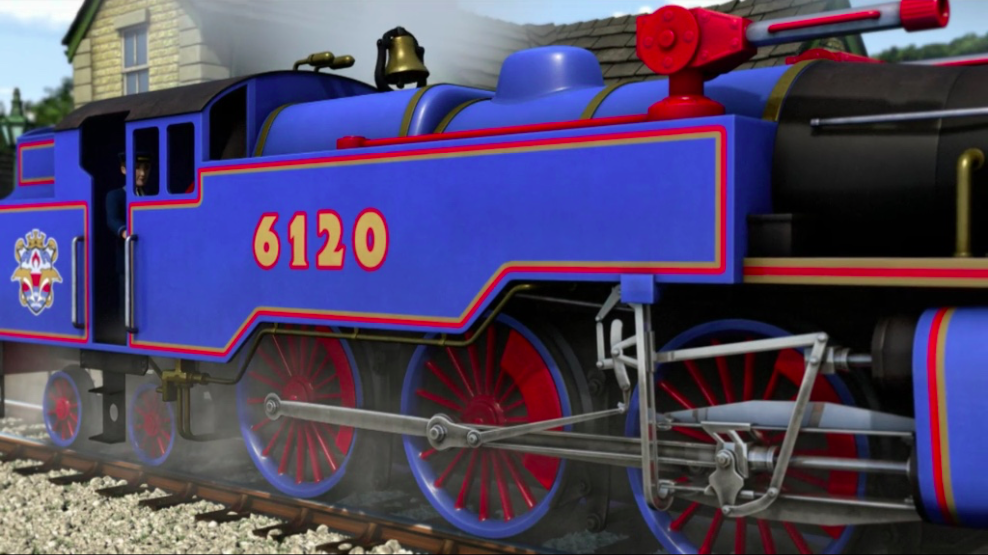 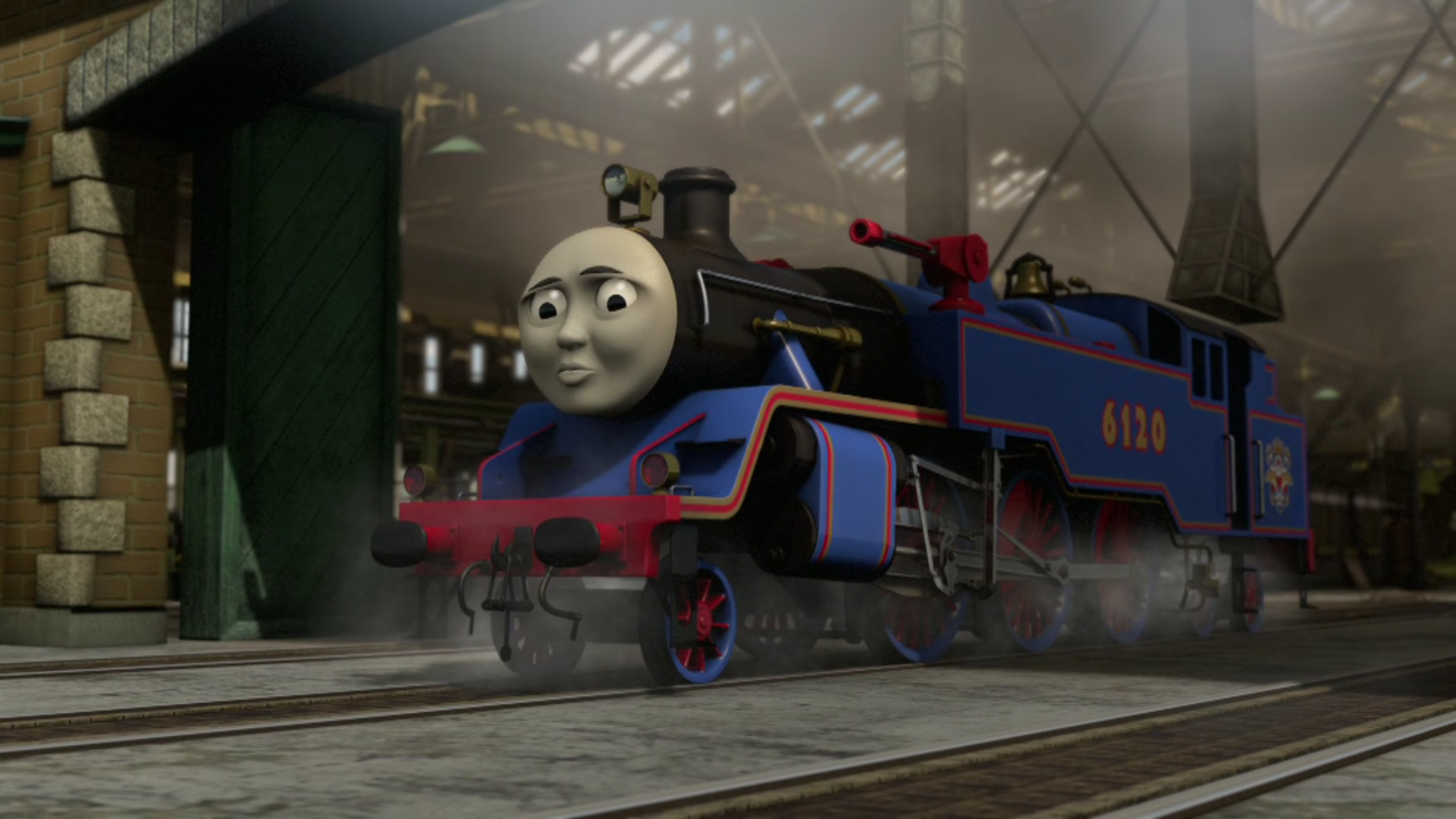 Belle in Day of the Diesels 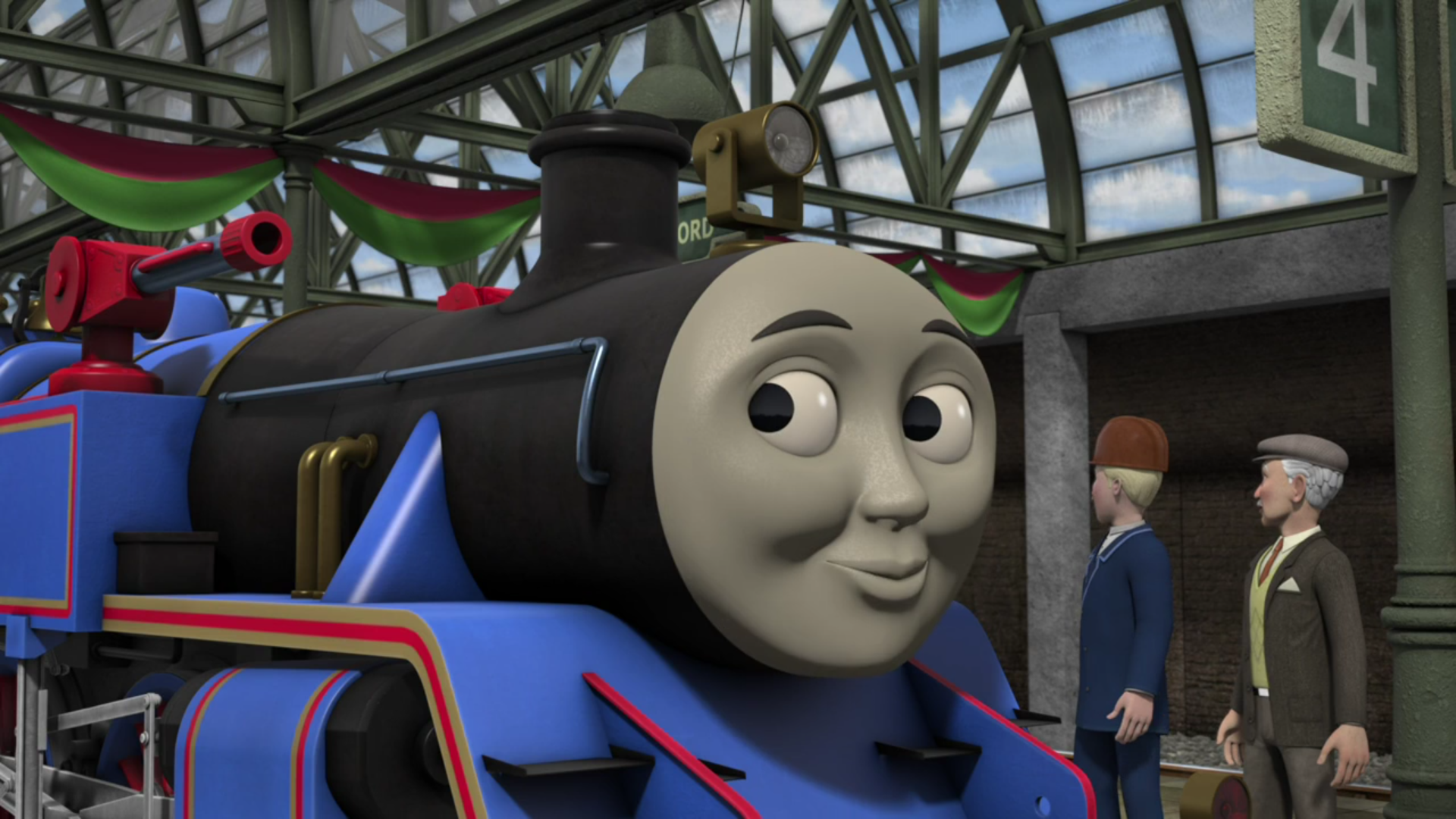 Belle in King of the Railway 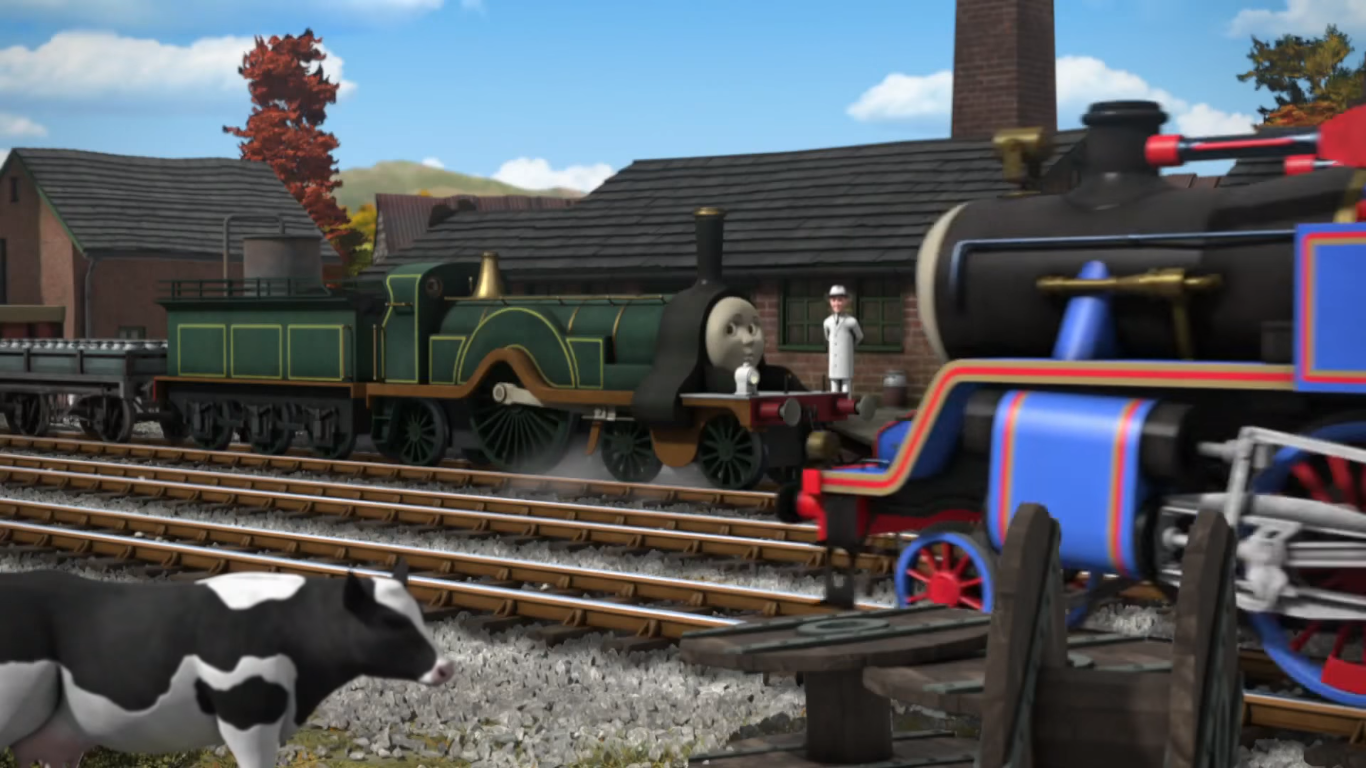 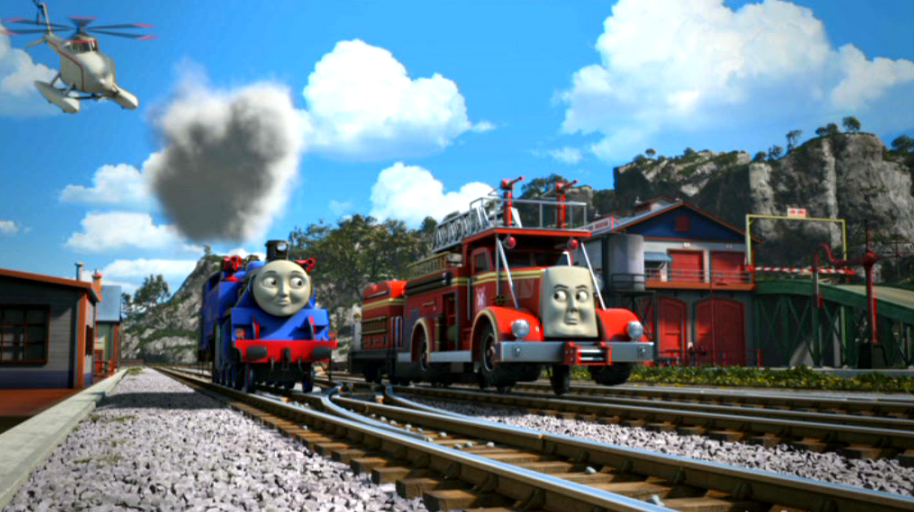 Belle with Harold and Flynn 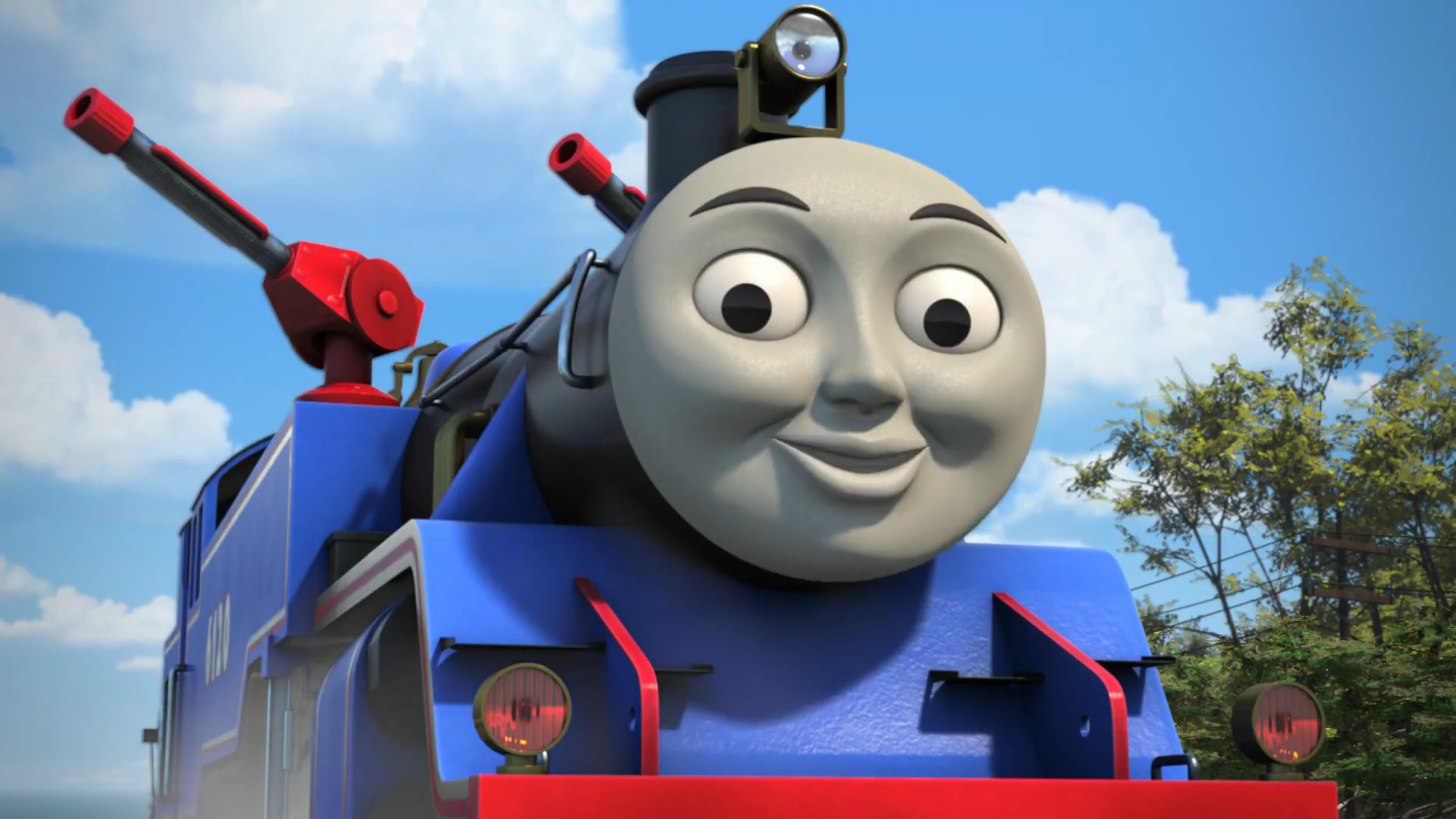 Belle in the nineteenth season 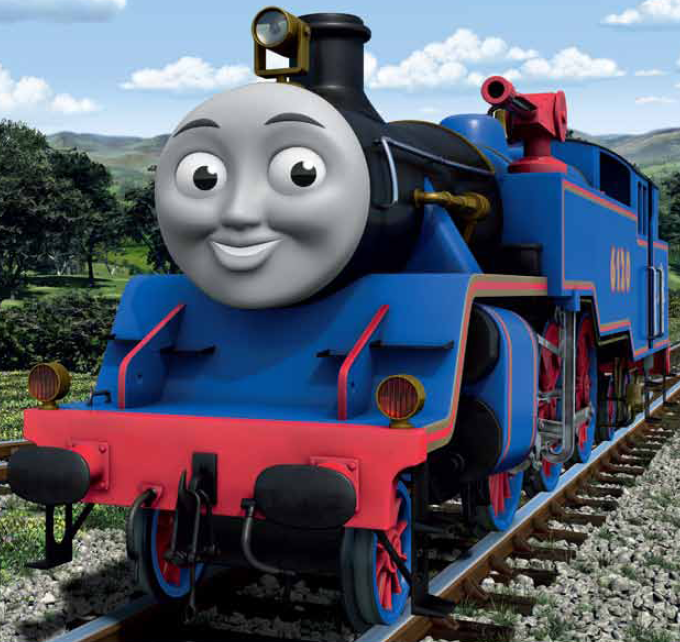 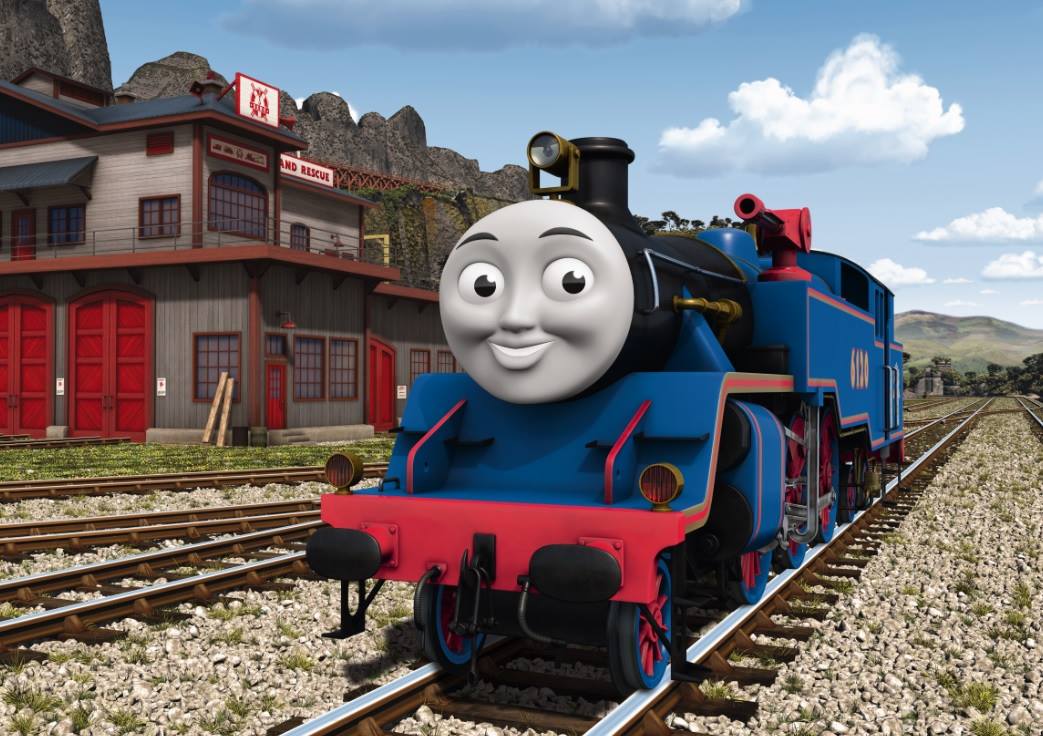 Belle at the Sodor Search and Rescue Centre 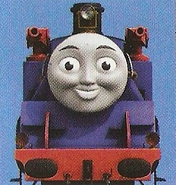 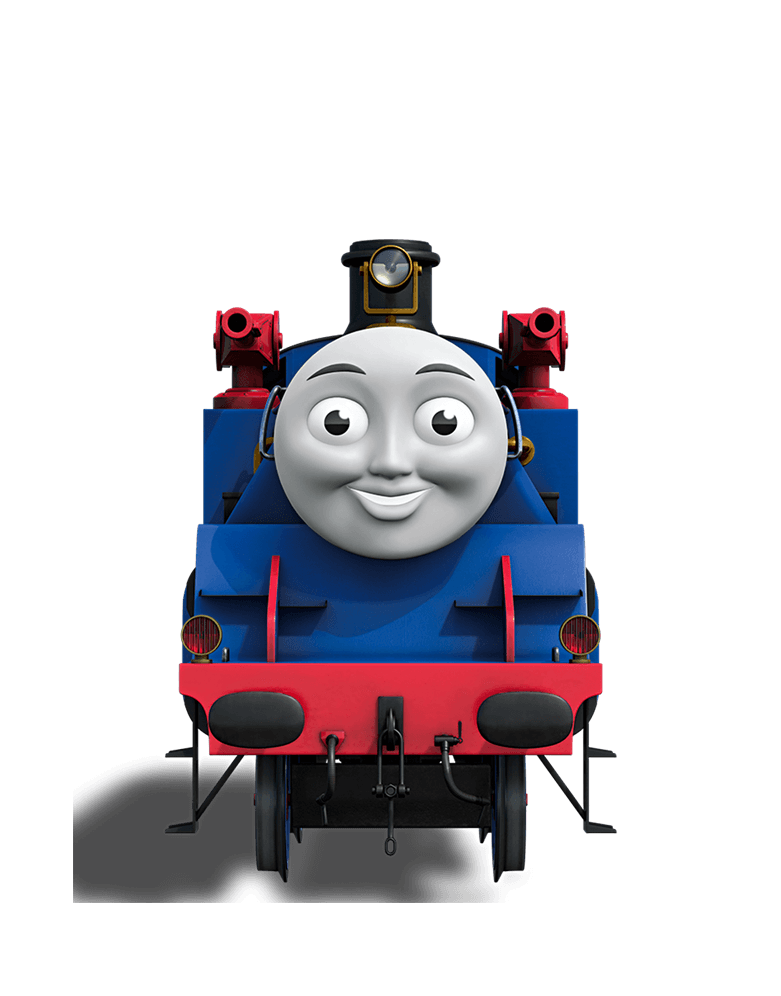 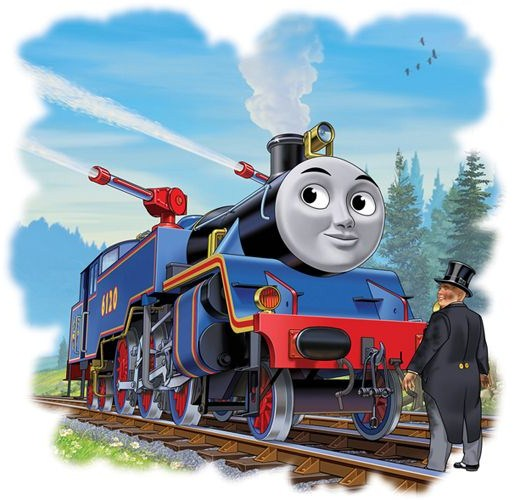 Belle as drawn by Tommy Stubbs 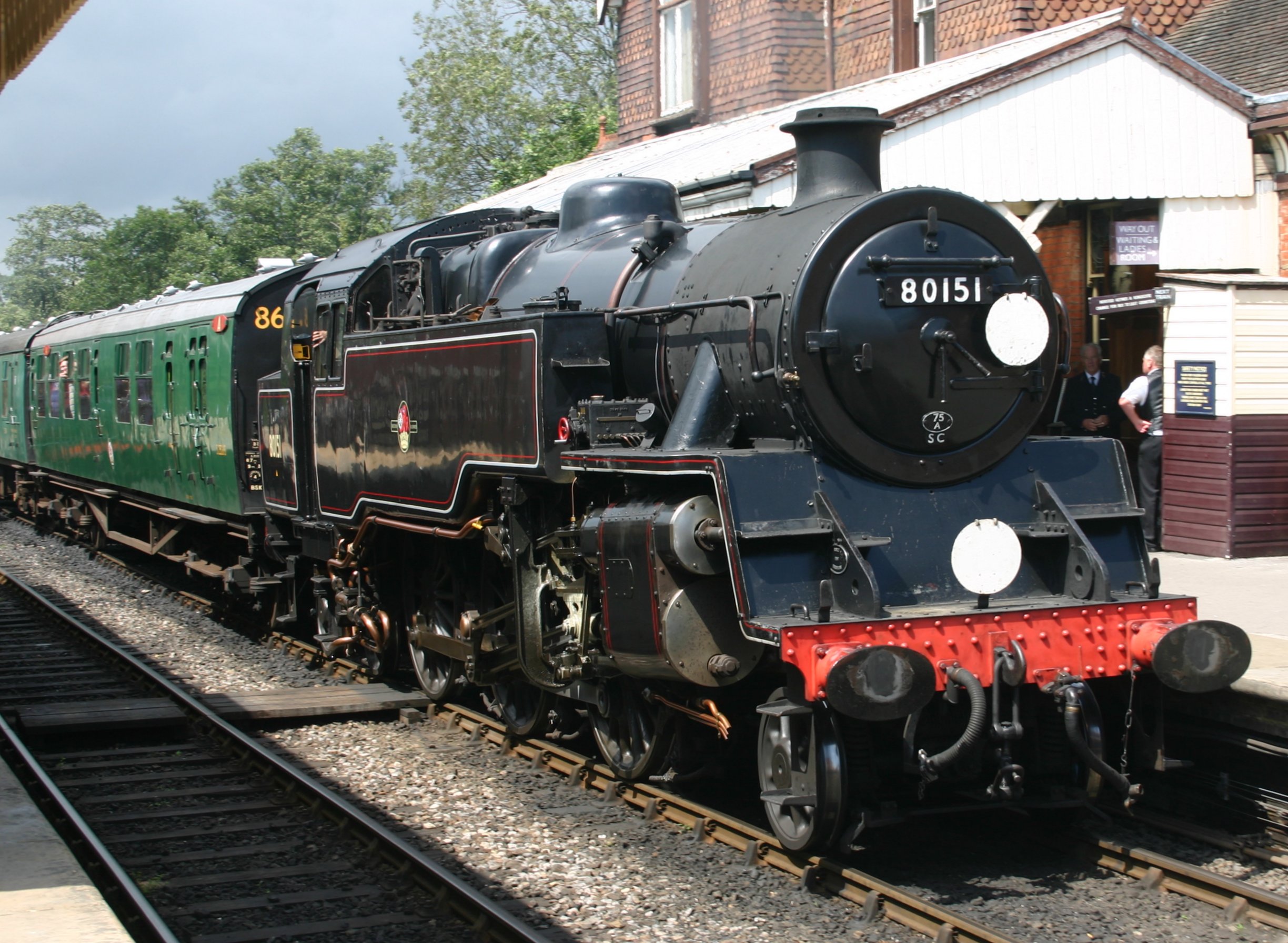 Belle's basis
Add a photo to this gallery
Retrieved from "https://hero.fandom.com/wiki/Belle_(Thomas_%26_Friends)?oldid=1848309"
Community content is available under CC-BY-SA unless otherwise noted.