Doesn't have an official name

Varies, each members has their own powers and abilites.

Ben's Team is a group of heroes that fought various threats, and has existed throughout Ben 10: Alien Force, Ben 10: Ultimate Alien, and Ben 10: Omniverse.

Team Tennyson was originally formed for the purpose of going on a cross country road trip for summer vacation, but after Ben found the Omnitrix, the group began encountering all sorts menaces during their travels both terrestrial and extraterrestrial in origin. Due to many of these threats wanting the Omnitrix in their possession, and thanks to Ben's insistence, the group decided to become part-time superheroes and neutralize any threats they encountered during their trip.

After the summer vacation was completed, the group had returned to Bellwood and continued to be part-time superheroes and defeated any of the terrestrial and extraterrestrial threats that they encountered as well as going on adventures during the weekend trips that they had for a year.

After the Omniverse flashbacks, the group disbanded once the Omnitrix was removed from Ben's wrist under unknown circumstances, but the group would later be revived by Ben, under orders from Max Tennyson, in order to combat an impending alien invasion.

Ben's Team is the team Ben forms after his grandfather, Max Tennyson mysteriously disappears. Without his grandfather's guidance, he assembles a team under his grandfather's last orders to him. This team assists Ben in his duties to defend Bellwood from hostile alien activities in extension of the Earth and other places.

The team eventually disbanded when Gwen had gone to study in college and Kevin went to live in the same town as her after he found a place there. Ben and Rook formed a new duo in its place, though Gwen and Kevin still remain part-time members.

This new duo team was formed when the old team disbanded and Grandpa Max assigned Rook to be Ben's new partner. They work together to counter and deal with various alien threats on Earth. 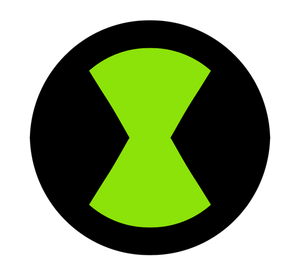 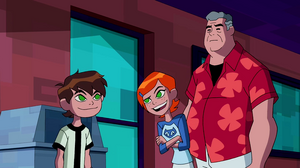 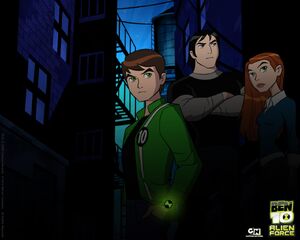 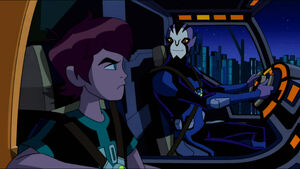 OV
Add a photo to this gallery
Retrieved from "https://hero.fandom.com/wiki/Ben%27s_Team?oldid=2280122"
Community content is available under CC-BY-SA unless otherwise noted.