Heroes Wiki
Register
Don't have an account?
Sign In
Advertisement
in: Articles under construction, Cleanup, Article stubs,
and 28 more

Fighting and killing monsters and demons.

Benjamin "Ben" Daimio is a character who appears in Dark Horse Comics books featuring Hellboy and the Bureau for Paranormal Research and Defense of which Daimio is an employee. He is a formerly dead United States Marine who suffers from a curse that transforms him into a horrific jaguar-like creature.

In the 2019 film, Daimio is portrayed by Daniel Dae Kim, who also portrays Chin Ho Kelly in Hawaii Five-0, and voiced Chief Benja in Disney's 2021 animated feature film, Raya and the Last Dragon.

Captain Ben Daimio was the former leader of a squad of 8 US Marines assigned to a rescue mission in the Bolivian jungle (numbered D16F8-4188) on June 10, 2001 to save the nuns apparently captured by a fundamentalist group called the True Path, though the True Path was a peaceful political group that never engaged in violent activities beforehand. The mission went awry when the true culprits, a native jaguar cult who murdered the nuns, attacked the group. Shortly thereafter, a shapeless entity made itself known and slaughtered them until only Daimio remained, the incident leading him to be severely scarred on the left side of his face. He then collapsed and died from his injuries, while he received horrific visions of a giant jaguar-like spirit who told Daimio that his new life was to begin. Three days later, Daimio's corpse was recovered and scheduled for autopsy. However, he returned to life just prior to the procedure, cutting his way out of his body bag. After a brief period of recovery, Daimio was transferred to Pentagon Special Ops and began acting as an informal consultant to the B.P.R.D.

In 2004, after Dr. Kate Corrigan and Abe Sapien requested leave after his ordeal in Rhode Island Daimio left the Pentagon and joined the B.P.R.D as Field Team Commander. He spearheaded the relocation of the Bureau from Fairfield, Connecticut to the mothballed Center for Defense Research and Development in the Colorado mountains - a secret facility he became aware of during his time in the Pentagon. The move was not without difficulties and Daimio's blunt attitude, callousness and preference for force over diplomacy caused friction within the team, particularly with Liz Sherman.

Daimio still displays serious facial trauma from the events that killed him in 2001, including a gaping tear in his left cheek and missing left ear. It is unknown whether he has refused reconstructive surgery, or if such surgery has proved impossible due to his unclear medical status.

After the events of The Dead, Daimio has begun undergoing medical treatments with an apparition he calls 'Chinaman'. These mysterious treatments seem linked to a bizarre, monkey-like specimen in a jar Daimio recovered that had once belonged to his grandmother, a Nazi known as The Crimson Lotus. The embalmed creature appears identical to one Daimio saw in his visions just before his death in the jungle.

After years of faithful service to the Bureau, Daimio's loyalty was called into question by Johann Kraus who uncovered Daimio's relation to the Crimson Lotus, resulting with Daimio began to act erratically and led to his supposed death by a mysterious invader who launched a rocket at his room. However, Daimio emerged from the flames as a monstrous, jaguar-like creature which twice attempted to kill Liz Sherman, but was thwarted first by Abe Sapien and Agent Devon, and then by Johann Kraus, whose ghostly spirit was in possession of a superhuman host at the time. However, before escaping, Daimio tore off the jaw of Kraus' host body, effectively killing it, but leaving Kraus' spirit unharmed.

Afterwords, it reveals that Daimio was changed by the jaguar-spirit while he was in Bolivia, causing him to involuntarily transform into a were-jaguar at night. His treatments with the "Chinaman" were supposed to suppress this transformation, but eventually it became too strong and he could no longer contain it. It is also revealed that he caused all of the deaths inside B.P.R.D. headquarters during a winter storm, contrary to the initial belief that it was a rampaging wendigo, named Darryl. Daimio's current activities are unknown, but he was last seen in the Colorado wilderness, standing before the now released wendigo.

A former US Marine officer, Ben was in both good physical shape as well having a wealth of military experience. He is also an experienced marksman and has a wealth of knowledge on a wide variety of weapons. Despite his previous death and rebirth, Ben had no supernatural abilities.

When under the control of the Jaguar spirit the situation was very different. It possessed exceptional strength, speed and durability. The Jaguar spirit was immune to almost all conventional means of attack, including bullets and physical force. In addition it could rapidly regenerate almost any injury. Only fire and explosives could temporarily harm the spirit, though it would still heal rapidly. It was not indestructible however - it could be harmed by certain magical weapons, such as the knife wielded by Chaves and later Johann and at the hands of another powerful supernatural creature; specifically, the wendigo. 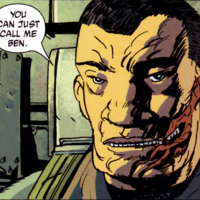 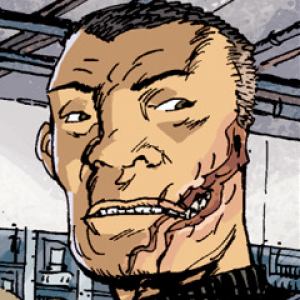 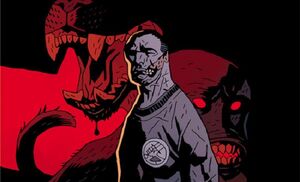 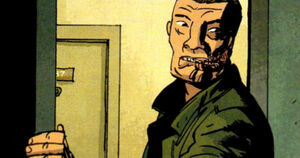 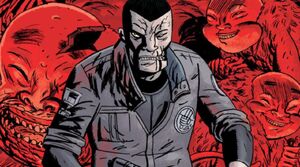 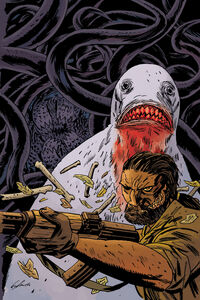 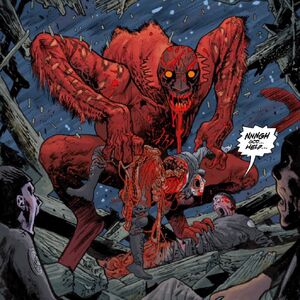 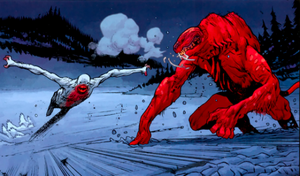 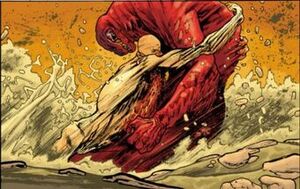 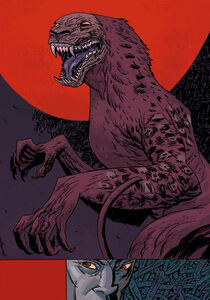 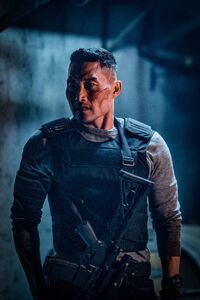 Daniel Dae Kim as Ben Daimio in the 2019 film 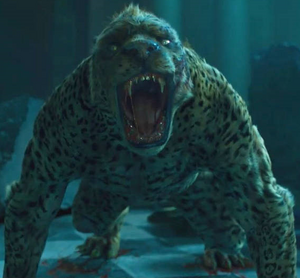 Ben Daimio as a werejaguar in the 2019 film 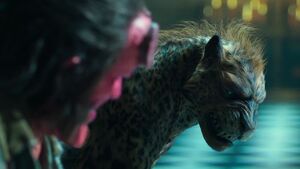 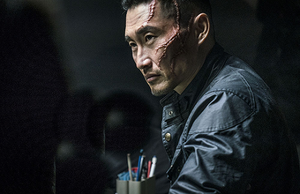 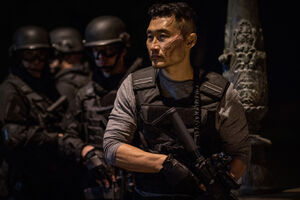 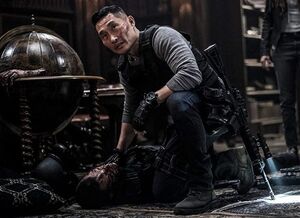