Jedi Skywalker
Young One (by Tadar'Ro)

Being with his parents Luke and Mara

Ben Skywalker was one of the main protagonists in the Legacy of the Force and Fate of the Jedi series. The son of Grand Master Luke Skywalker and Jedi Master Mara Jade Skywalker, Ben was named for his father's late mentor Ben Kenobi.

The son of Luke and Mara Skywalker, Ben was born shortly after the Battle of Duro. Named to honor the memory of Jedi General Obi-Wan "Ben" Kenobi, Ben Skywalker was born aboard the converted Star Destroyer Errant Venture during the Yuuzhan Vong War. He was separated from his parents shortly after he was born, both to protect him and to allow them to fight against the enemy. Skywalker was taken in by his aunt and uncle, Han and Leia Solo and brought up on Coruscant. When the Yuuzhan Vong launched their attack on the capital planet, Skywalker was kept in several secure locations for the rest of the war.

With the defeat of the Yuuzhan Vong, Luke and Mara resolved to spend more time with their son, but the rigors of leading the New Jedi Order conspired to keep them apart. During the Swarm War, Skywalker unknowingly befriended the assassin bugs of the Dark Nest, unaware that he was putting his family in danger. It was during this time that Luke and Mara discovered that Skywalker opened up more around his cousin, Jedi Knight Jacen Solo, and they asked Solo to take Skywalker under his wing. Over time, Skywalker began to tentatively touch the Force, and his connection was strengthened with Solo's help. As a Padawan, Skywalker adopted the ancient tradition of growing a single braid of hair to indicate his status, despite the fact that this was not required by the modern Jedi Order. He displayed an ability to remember things that he had seen and heard with uncanny accuracy - possibly inherited from his mother, who had once served as the Emperor's Hand.

In the wake of the Swarm War, Skywalker continued to train as a Jedi under Solo's tutelage. When he was thirteen, he accompanied Solo to Centerpoint Station on a mission to disable the facility before Solo's cousin Thrackan Sal-Solo could reinitialize it as a weapon. However, they were forced to split up when Solo was captured by Sal-Solo, and Skywalker set out to complete the mission on his own. Skywalker discovered the unusual droid that had been programmed to "become" Anakin Solo and convinced it to shut itself down before it was used as a weapon.

Upon returning to Coruscant, Skywalker became aware that he was no longer a child, especially when he came to the realization that much of the growing conflict between the Corellians and the Galactic Alliance was rooted in his disabling of Centerpoint Station. Skywalker befriended a Coruscanti youth named Barit Saiy who had joined the Corellian cause, and the encounter forced Skywalker to choose between his friend and his duty to the Galactic Alliance. In the end, Skywalker provided the location of the Saiy family to the Coruscanti police.

Solo and Skywalker next traveled to Hapes to stop an assassination attempt targeting Tenel Ka. The culprit proved to be Ducha Galney, who was willing to destroy her own family estate in an attempt to kill the Jedi. They managed to thwart the plot thanks to the arrival of the Solos aboard the Millennium Falcon, but Skywalker placed his aunt and uncle under arrest because he believed them to be Corellian insurgents. Skywalker also wounded the Jedi Knight Zekk when he tried to intervene, leaving Skywalker even more unsure of how to gauge the loyalty of those closest to him.

In the wake of the Hapan action, Solo gave Skywalker a secret assignment: recover the Amulet of Kalara. He traveled to the Sith world of Ziost, where the energy of the dark side tempted him to give in to his basest instincts. Skywalker returned to Solo with a Sith ship he had located on Ziost, expressing his doubts over the mission and his conflicted feelings over his role as Solo's enforcer. This concerned Solo's Sith advisor Lumiya, who questioned Skywalker's suitability as Solo's apprentice.

Solo then suggested that Skywalker lead the mission to assassinate Corellian Prime Minister Dur Gejjen. Skywalker traveled to Vulpter with agents Jori Lekauf and Lon Shevu, and shot Gejjen in the head, killing him instantly. Security agents flooded in, forcing Lekauf to sacrifice his own life to ensure that Skywalker and Shevu could escape. Lekauf's death greatly shook Skywalker, since the two had become good friends.

Skywalker met his mother on Coruscant to confess his crimes, filling Jade Skywalker in a rage over how Solo had twisted and manipulated her son. Soon, in a space battle above Kavan, Solo and Lumiya forced Jade Skywalker's StealthX fighter to crash on the planet below. Skywalker desperately tried to locate his mother, but instead felt her death in a wave of Force energy. He found Jade Skywalker's body in a storm tunnel. Solo suddenly appeared to offer comfort and a pledge to track down Jade Skywalker's killer.

After returning his mother's body to Coruscant, Skywalker revealed to his father, who had killed Lumiya in vengeance, that the Sith Lady couldn't have been the culprit. Skywalker came to believe that Solo (now the Sith Lord Darth Caedus) killed his mother, but Caedus instead implicated the former Chief of State Cal Omas. Skywalker confronted Omas to gain Caedus's trust, and Omas - realizing that only his death would allow Skywalker to expose Caedus's evil actions - sacrificed his own life.

Skywalker returned to Caedus's side. He failed to kill the Sith Lord during the assault on Kashyyyk, but the bold action gave Caedus reason to believe that Skywalker still might become a Sith. Caedus placed Skywalker in the Embrace of Pain aboard the Star Destroyer Anakin Solo, but Luke infiltrated the ship and freed him. Skywalker plunged a vibroblade into Caedus's back before he could attack Luke, and the two left the Sith Lord to die. However, Caedus survived the duel to continue his scourge.

Skywalker was determined to track down his mother's true killer. He buried his strong feelings that it had been Caedus and concentrated on the detached forensic procedure instilled by the Galactic Alliance Guard training. With the help of Shevu, Skywalker was able to prove Caedus was the killer. At the same time, he repaired the strained relationship with his father and helped Luke come to terms with Mara's death.

Knowing that Jacen Solo had succumbed to the dark side, the Skywalker-Solo family and their allies gathered to formalize plans to bring him to justice. Skywalker was elevated to the rank of Jedi Knight and assigned to accompany Jaina Solo on a Jedi-sanctioned mission to destroy Darth Caedus. The mission was nearly cut short when Skywalker was intercepted by the Sith Lady Tahiri Veila on Coruscant and taken away for interrogation.

Using a Force-blocking technique he had learned from Caedus, Skywalker refused to answer any questions. Veila even tortured and then killed Shevu in front of Skywalker, but he remained resolute. With Shevu's life no longer a bargaining chip, Skywalker realized that he had the upper hand. He goaded Veila into slapping him hard across the face; that knocked him over his chair and provided a moment of confusion in which to act. Drawing upon the Force, Skywalker shoved Veila into her two guards and freed himself.

Returning to the hidden Jedi outpost on Shedu Maad, Skywalker was placed in charge of the evacuation of the Jedi younglings after it was learned that Caedus had followed his sister there. The battle over Shedu Maad grew complicated with the arrival of Imperial forces led by Veila. While dueling Veila, Skywalker appealed to her to break off her attack, hoping to return her to the light side. With Caedus's defeat imminent, Veila's options were vanishing. She started listening and Skywalker offered to help her regain her standing in the Jedi Order. Veila questioned that, but realized that Skywalker had been right about Caedus all along and finally surrendered.

Following the defeat of Darth Caedus, Skywalker began working directly with his father. When Chief of State Natasi Daala sentenced Luke to a ten-year exile, Skywalker offered to accompany his father. As they departed in the Jade Shadow, it became clear that the Skywalkers' mission was to discover what Solo learned during the five years he was out of contact with his family that made him join the Sith. In doing so, the Skywalkers began studying with the same obscure Force-wielding organizations Jacen Solo had years before. During time, they met and spoke with the spirits of Anakin Solo, Mara Jade Skywalker, and the redeemed Jacen Solo. 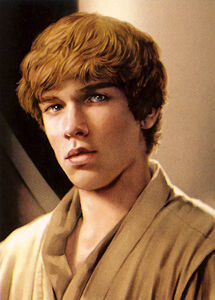 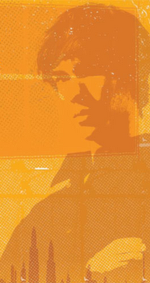 Retrieved from "https://hero.fandom.com/wiki/Ben_Skywalker?oldid=2086278"
Community content is available under CC-BY-SA unless otherwise noted.