Benjamin Richter, also known as Mr. Jingles, is the deuteragonist in American Horror Story: 1984, serving as the main antagonist of the first half.

Jingles is a serial killer who was rumored to be responsible for a spree killing of nine teenagers in Camp Redwood in 1970. However, turned out he was framed by Margaret Booth, who was the true killer. He was later committed to an insane asylum but managed to escape 14 years later and started a new spree killing back to the old place of Camp Redwood, for killing Margaret to seek vengence.

He is portrayed by John Caroll Lynch.

Benjamin Ritcher was once a veteran from Vietnam War who suffered from being dishonorably discharged. After returning from Vietnam, he took his new identity as a serial killer.

In 1970, Margaret Booth killed nine teenagers in Camp Redwood, following bullying at the hands of the other campers. Richter, blamed for the killings, became captive in Red Meadows Asylum, and was subsequently subjected to terrible treatments during his time in the asylum. He was nicknamed as "Mr. Jingles" due to the jingling keychain on his belt. His murder was still told as a haunting horror story.

Fourteen years later, Jingle was visited by Donna Chambers, a PhD psychology student with a keen interest in the recent rise of violence and serial killers. She wanted to study him in his natural habitat and help him escape. By faking his suicide, Jingles was able to take down an orderly by surprise. Then, Jingles took his keys and walked out of his room, while also allowing all of the patients at the mental ward to leave their rooms. This provided him with an ideal distraction as he made his escape.

Five years later, a reformed Richter lives in Alaska under the name Donald along with his wife Lorraine and son Bobby where he works as the assistant manager at a movie rental store. He returns back home the same night of Richard Ramirez's escape to find Lorraine dead due to Richter defying Satan and as revenge for his incarceration. Richter leaves his son with his sister-in-law and with a newfound hatred, sets off to kill Ramirez. 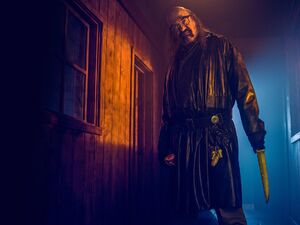 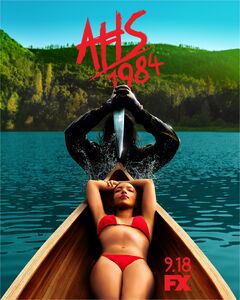 Mr. Jingles on a promotional poster 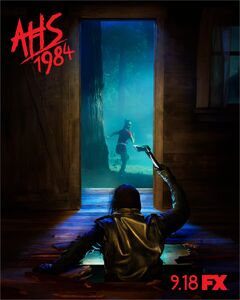 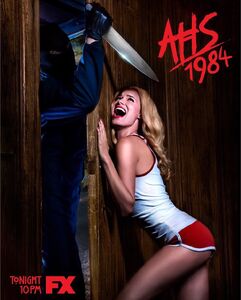 Retrieved from "https://hero.fandom.com/wiki/Benjamin_Richter?oldid=2066268"
Community content is available under CC-BY-SA unless otherwise noted.