Protect the Federation and the people of Bajor.

Benjamin Lafayette "Benny" Sisko was the main protagonist of Star Trek: Deep Space Nine. He was a Federation Starfleet officer, best remembered for his seven-year assignment commanding station Deep Space 9 in the Bajor sector, as well as being a leader during the conflict with the Dominion. Introduced in the pilot episode The Emissary.

He was portrayed by Avery Brooks.

Sisko was the son of Joseph and Sarah Sisko, who had been under the control of a Bajoran Prophet at the time. After his birth the Prophet released Sarah, and Sarah left both Joseph and her son. Sarah died in an accident in 2335. Joseph fell in love and married again to Rebecca. Never mentioning his first wife Joseph and Rebecca led Sisko to believe Rebecca was his mother. Joseph and Rebecca had a daughter, giving Sisko a half sister.

Growing up, Sisko became an avid fan of baseball. He would use the holodeck to re-create the great games in baseball history, and would often play the game with his son.

Sisko attended Starfleet Academy in the 2350s. During this time, he became friends with the joined Trill Curzon Dax. He married his first wife Jennifer during this time and the two had a son whom they named Jake. Sisko rose through the ranks and by 2366 was the first officer on the USS Saratoga.

In 2366 the Borg attempted an invasion of the Federation. The Saratoga was one of the 40 starships sent to stop the Borg at the Battle of Wolf 359. Nearly all the Federation ships were destroyed in that battle. Jennifer Sisko was killed in the battle but Jake survived. Sisko and Jake boarded an escape pod, which launched just before the Borg finished off the Saratoga. The USS Enterprise (NCC-1701-D) was later able to defeat the Borg. Sisko was left with a hatred of Captain Picard due to the actions of Locutus in the battle, unable to separate the two personalities.

After Wolf 359 Sisko worked at the Starfleet shipyards at Utopia Plantia on Mars. Sisko had a hard time dealing with the emotional pain his wife's death caused him. When the Cardassians withdrew from Bajor the Bajorans requested Starfleet help administer the old Terok Nor space station, which Starfleet re-designated Deep Space Nine. Feeling that Sisko needed a challenge, Starfleet assigned him as the commanding officer of the station.

Taking his son with him Sisko traveled to Deep Space Nine. There he came face to face with Picard. Choking back his hostility he informed Picard that they had met in battle before at Wolf 359. Sisko then received a briefing from Picard before flat out telling Picard that he was thinking of leaving Starfleet as he was raising a son by himself, and returning to Earth. After Sisko left the briefing Picard called up Sisko's service records and realized that Sisko's wife had died at Wolf 359, and that Sisko was still grieving the loss of his wife. Picard hoped that Sisko would be able to put his pain behind him someday, and that if Sisko left Starfleet it would be Starfleet's loss. Picard vowed to help Jake any way he could.

Meeting with Picard Sisko was ashamed of his earlier behavior, finally realizing that Picard had been even more of a victim of the Borg than he had been. He was too ashamed to even ask forgiveness from Picard. Sisko did however convince Picard that he wanted to stay in Starfleet and retain command of Deep Space Nine, Picard agreed to ignore the earlier conversation about his leaving.

Sisko spent the next seven years as the commanding officer of Deep Space Nine. During this time he had to deal with a variety of challenges. These included dealing with the various factions vying for power on Bajor, an attempted coup of the Bajoran government by Bajoran extremists, tensions with the Cardassians, the growth of the Maquis, the Klingons temporarily breaking off their alliance with the Federation, and the threat of the Dominion.

By 2373 there was a state of war between the Federation and the Dominion with their Cardassian allies. Sisko became one of the major figures in the war. He was forced to make some hard choices during the war, including abetting murder to bring the Romulans into the war against the Dominion. Sisko would survive throughout the war and met Chancellor Martok to have some blood wine, but seeing the devastation the Dominion brought against their former Cardassian allies neither Sisko nor Admiral Ross were thirsty any more. That however did not stop Martok from taking a few swigs of bloodwine. The three would, however, enjoy some bloodwine after seeing the last of the Dominion ships depart the Alpha Quadrant through the wormhole.

Following the war Sisko confronted Gul Dukat at the Fire Caves on Bajor. He was able to defeat both Dukat and his Pah-wraith allies, sealing both back within the Fire Caves forever. Sisko was then taken into the Celestial Temple by the Prophets in order to study with them. He promised his second wife Kassidy Yates that he would someday return to the physical universe.

That return would come about nine months later, after Sisko in his Benny Russel persona helped Elias Vaughn deal with some of his issues in an orb experience.

Sisko remained on Bajor for a time before returning to Starfleet when the Borg invaded the Alpha Quadrant in 2381. He was in command of the USS New York during the invasion. When Vaughn was seriously injured in combat against the Borg Sisko visited the hospice on Bajor where Vaughn was being kept.

Following the invasion, Sisko decided to remain in Starfleet, and accepted command of the Galaxy class USS Robinson. After reconciling with his wife and daughter, be brought them on board the ship full time. In 2385 Sisko was ordered to take the Robinson on a long term mission of exploration of the Gamma Quadrant, something that was expected to last two years. 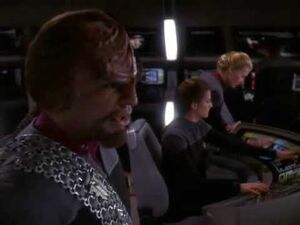 This is why Sisko is the most badass captain 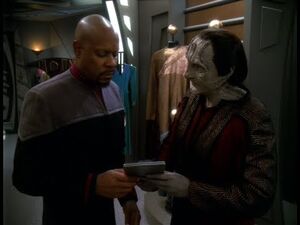 ITPML-I suggest we manufacture the evidence. 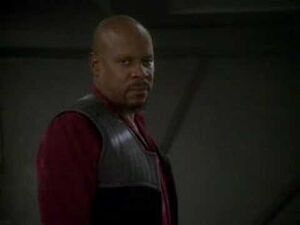 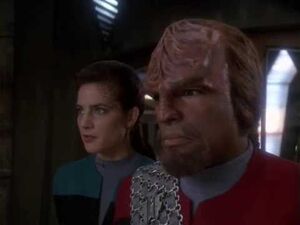 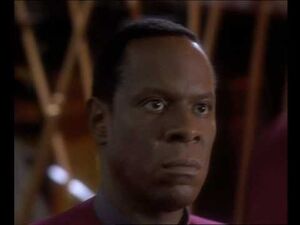 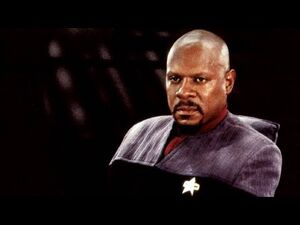 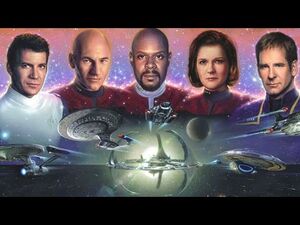