Benjamin "Benny" Ball, known to most as Benny the Ball, is one of the main characters in the Hanna-Barbera cartoon Top Cat.

He was originally voiced by Avery Schreiber in Top Cat and in the 1988 film Top Cat and the Beverly Hills Cats. He was also Chris Edgerly in Top Cat: The Movie and Top Cat Begins, voiced by the late John Stephenson in Yogi's Ark Lark, and also appeared in Harvey Birdman: Attorney at Law (voiced by Maurice Lamarche).

He is blue cat wearing a white jacket with only one button to his neck, unlike other alley cats, he has beady eyes and is the shortest out of Top Cat's gang. Benny appears innocent, naive and somewhat slow and simple-minded.

Benny is a member of Top Cat's gang and is his right hand man and best friend. He is involved in most of Top Cat's schemes, most of which are illegal but justified due to the gang's living conditions.

In episode 8 of Top Cat, Benny's mother comes to visit while Top Cat and the gang try to convince her that Benny is the mayor of the city. He does have a number of episodes focusing on him, like in The Violin Player, The Unscatchables and The Missing Heir. 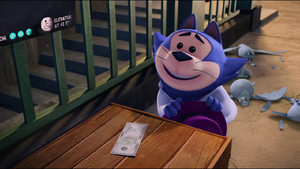 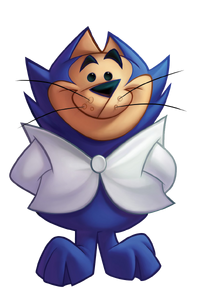 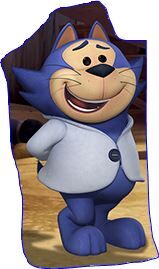 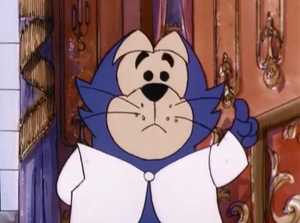