My Dear (by Caleb)
Ms. Plummer (by Edward)

The Cricket on the Hearth

Being with her father.

Reunite and get married with Edward (succeeded).

Bertha Plummer is Caleb Plummer's blind daughter in the Charles Dickens book, The Cricket on the Hearth and in Rankin/Bass's 2nd Christmas special of the same name.

She was voiced by Marlo Thomas.

Bertha was first seen weeping as she hugs her fiance, Edward. They share a tearful farewell and Bertha promises him to always be faithful to him. Later, Bertha, Caleb, and Cricket build some toys until Jeremiah Bleak drops in to inform them that Edward has died at sea which made Bertha suddenly and inexplicably go blind.

Caleb tries to make Bertha feel better, but nothing works. He even tries to hire some doctors to try to cure her blindness, but they couldn't do anything.

Two days before Christmas, after Caleb invites Edward (in disguise) to come home with them, Bertha is surprised when he says her name.

On Christmas Eve, Bertha, Caleb, and Cricket build toys until Tackleton and his pet crow, Uriah Caw drop by to give them a Christmas bonus of a few shillings which he wants to make her his wife, so he gives her an hour to think it over. She was honored, though Caleb initially refuses since he still sees her as just a child, and tells him that he must accept the fact that she is grown-up now. Edward then arrives to tell Bertha the truth about himself, but she suddenly tells him that she's decided to marry Tackleton, which made him leave in heartbreak.

Later, during Bertha's meeting with Tackleton, Cricket and friends sabotage it by adding two lumps and one black pepper in his tea to prevent him from marrying her.

At midnight, Cricket wakes Bertha up to tell her that Edward was alive. This makes her thrilled to find him again, so they get married right away.

The next day, on Christmas morning, a jealous Tackleton was shocked to see that Bertha has already been wed to Edward. He starts to cry over how nobody loves him, but Bertha tells him that there will always be a place in her heart for him which he was suddenly moved by her kindness and happily changes his ways. 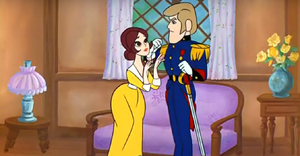 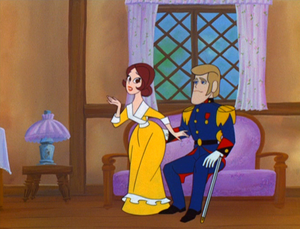 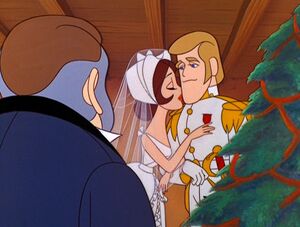 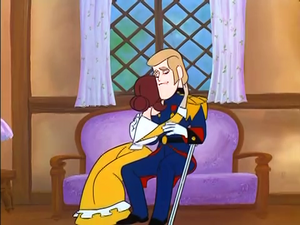 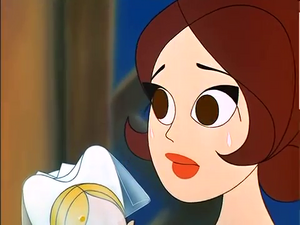 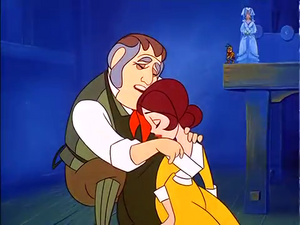 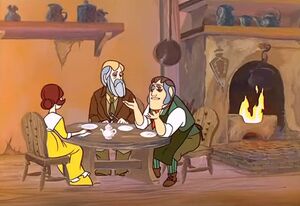 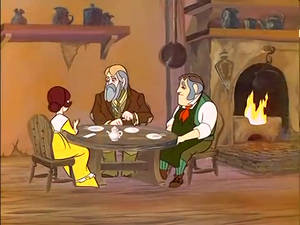