Beta-Carrotina is one of the main protagonists of the mobile game Plants vs. Zombies Heroes. She is the leader of the Plant-etary Guard to stop Huge-Gigantacus, who leads Guardian and Smarty classes.

Not much is known about Beta-Carrotina's past. However, in her introduction comic strips, she asked the Plant Heroes for help to stop Huge-Gigantacus from taking over the universe.

Beta-Carrotina and her crew were nearly managed to stop Huge-Gigantacus from smashing the Meteor Z. Later, they discovered the hollow earth with colossal plants in the ground.

Beta Carrotina is a carrot that can create a genetic life form to support her and her teammates. She can also fly due to her jetpack.

Ensign Uproot is a Root Superpower Plant card of Guardian class. He costs 1, his strength and health are both two. When played, he can move another plant or zombie on the field. When attack, he fires his laser gun at zombies.

Like Ensign Uproot, Lieutenant Carrotron is a Root Superpower Plant card. But unlike him, he is in Smarty class. He costs 1, his strength and health are two and one respectively, and his trait is Team-Up. When played, he conjures a root card. When attack, he fires his laser gun at zombies. 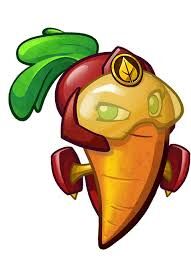 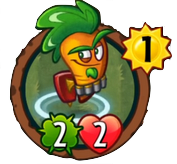 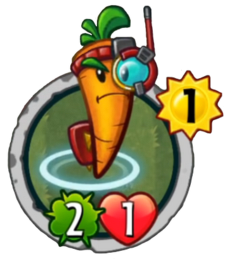 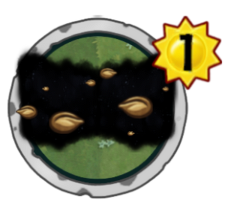 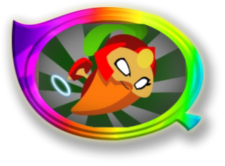 Genetic Amplification
Add a photo to this gallery

Retrieved from "https://hero.fandom.com/wiki/Beta-Carrotina?oldid=2140031"
Community content is available under CC-BY-SA unless otherwise noted.