Raised by a single mother and often disappointed by her weak-willed brother Bennett, young Betty Brant found herself drawn to strong men. While still in high school, she dated university student Gordon Savinski, a fast-living friend of her older brother. Gordon and the Brant siblings were a chummy trio for some time, but Savinski's wild and reckless ways gradually estranged Betty and endangered Bennett. When Gordon and Bennett incurred a huge gambling debt to mobster Blackie Gaxton, Savinski callously abandoned Bennett, leaving the Brants to face the consequences. Gaxton's thugs came to the Brant home, and Betty's mother, Eleonore, suffered permanent brain damage in the resultant scuffle.

Forced to grow up fast, Betty dropped out of school so she could work to pay off her mother's medical bills and her brother's gambling debts. Betty's mother had been the personal secretary to J. Jonah Jameson, the tyrannical publisher of the Daily Bugle newspaper. Perhaps out of sympathy for Betty or out of loyalty to Eleonore, Jameson offered Betty her mother's job at the Bugle, and Betty accepted. Patient, hardworking and capable, Betty proved to be one of the very few secretaries who ever managed to meet Jameson's demanding standards while tolerating the publisher's prickly personality.

Over time, a mutual attraction developed between Betty and young Bugle photographer Peter Parker, secretly the costumed hero Spider-Man. Peter bore a striking resemblance to Gordon Savinski; but unlike Gordon, Parker was quiet, serious, moral, responsible-in short, he seemed safe. Peter first noticed Betty when she stuck up for Peter's alter ego during one of Jameson's anti-Spider-Man tirades. Later, Peter and Betty grew closer when they shared an intimate chat in the wrecked Bugle offices after an attack by the Vulture. Before long, they were a couple, and Betty became Peter's first real girlfriend.

Intensely danger-shy after Gordon, Betty worried incessantly about the hazards of Peter's job, which often required him to photograph criminals and super-villains in action. When the criminal Enforcers came after Betty to collect on the Brant family's remaining debts, Betty tried to protect Peter by leaving town, then tried to wipe out the last of her brother's debts by recruiting Doctor Octopus to break Blackie Gaxton out of prison. When Spider-Man intervened, Gaxton was recaptured, but not before Bennett sacrificed himself to shield Betty from a stray bullet. A devastated Betty blamed Spider-Man for the tragedy at first, and Peter decided he could never share the secret of his double identity with her. Betty returned to her job at the Bugle, but found little peace there; she was soon menaced in turn by Doctor Octopus, the Sinister Six and her old boyfriend Gordon, who had become the superhuman mob enforcer Terrier. Spider-Man defeated all these foes, but his role in her brother's death still made her wary of him.

Deeply insecure, Betty was often jealous of Peter's female friends, and she sometimes assumed that the oft-absent Peter was two-timing her, or had simply grown tired of her. Betty responded by dating Ned Leeds, a new reporter at the Bugle who only had eyes for her. For a time, Betty was romantically linked to both Peter and Ned while she tried to sort out her feelings. Eventually, a smitten Ned proposed marriage. Betty was still in love with Peter, but she craved the stability she thought Ned represented. While Betty stalled for time to make up her mind, Peter decided Betty would be better off without Spider-Man in her life and acted boorishly in an effort to drive her away altogether. Finally, seeing Peter injured after an encounter with Doctor Octopus, Betty realized she couldn't bear to love another man who lived dangerously. She left town again to think things through, and by the time she returned, she and Peter came to the mutual realization that the romantic spark between them was gone. Happily reunited with Leeds, Betty accepted Ned's proposal. 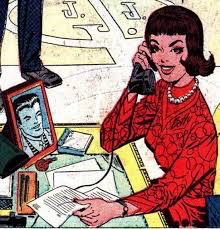 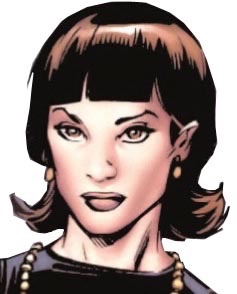 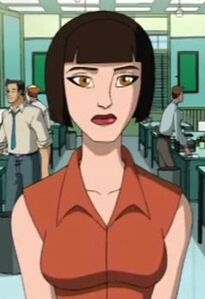 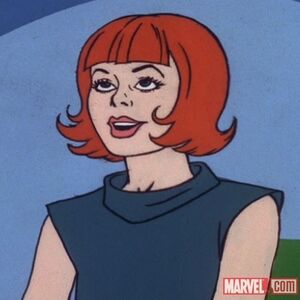 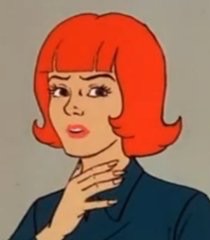 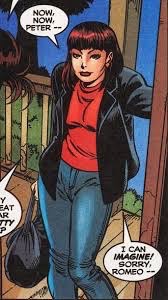 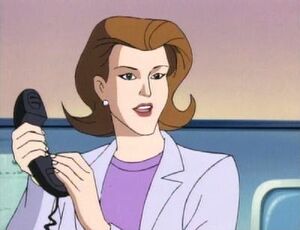 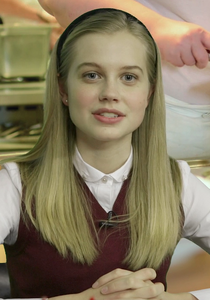 Betty in Spider Man Homecoming and Far From Home
Community content is available under CC-BY-SA unless otherwise noted.
Advertisement