Elizabeth "Betty" DeVille is Phil and Lil's tomboyish mother. Quite the jock and women's-libber. Married to Howard.

Betty is considered a loud, energetic, tough, athletic, but friendly and likable lady. She plays as a sort of ruffian in comparison to her husband Howard who is more quiet and soft spoken.

Betty considers herself a feminist, and wears a purple shirt with the symbol for "female" on it. Her big brother, Freddie, wears a shirt identical to hers but has the male symbol on it instead. In All Grown Up!, she works with Chas at the Java Lava Coffee House, and also helps Principal Pangborn with the school's soccer team, which Phil and Lil are a part of. 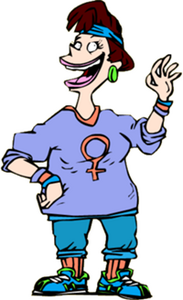 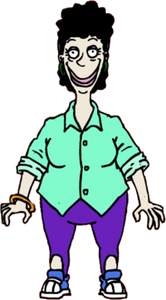 Betty All Growed Up 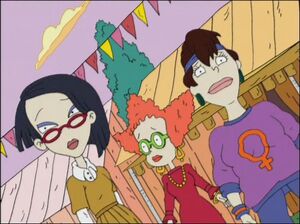 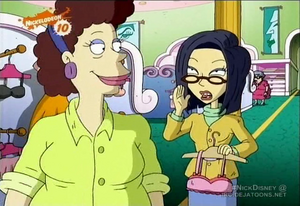 Retrieved from "https://hero.fandom.com/wiki/Betty_DeVille?oldid=1669304"
Community content is available under CC-BY-SA unless otherwise noted.