Help and Protect Bruce Banner from the government and her father (partially succeeded).

Doctor Elizabeth "Betty" Ross is the deuteragonist of the 2008 film The Incredible Hulk, and a different version appears in the Disney+ animated series What If...?

She is portrayed by Liv Tyler (who also played Arwen Undómiel in Sir Peter Jackson's The Lord of the Rings film trilogy), as Stephanie Panisello (who also voiced Claire Redfield in the Resident Evil 2 remake and Resident Evil: Infinite Darkness), voiced a different version of the character in What If...The World Lost Its Mightiest Heroes?

Elizabeth "Betty" Ross was born around the 1970s to Thaddeus Ross and an unnamed mother, whom would later die from unknown causes. Betty would go off to college and majored in biology, and came across fellow science major Bruce Banner, and the two started a romantic relationship. The two would then go off to Harvard University before graduating and becoming scientists at Culver, where Betty taught celluar biology.

Following the events of 9/11, Thaddeus and the military decided to start a secret project to re-creater Dr. Abraham Erskine's formula that created the world's first super soldier. Betty and Bruce were recruited to the said program, but didn't know of the miltary's true goal since they were told that it was for radiation sickness. Bruce decided to test the experiment on himself to impress the general, but would be transformed into a giant-like monster and attacked the Ross family. Betty was hospitalized from the incident, leading to Thaddeus to make Banner a fugitive of the United States. Despite the data of the project being erased, Betty kept a back up of it at the her residence. Afterward, Betty would continue to work at Culver, and began a relationship with one of her colleagues Leonard Samson.

Betty continued to teach at Culver, but would reunite with Bruce five years later, as he returned to in a attempt to cure himself of the monster. Taking him to her her home, Betty provided Bruce with the data that he needed, but Leonard would inform Thaddeus and the military of Banner's presence. The following day, Thaddeus and the Strategic Operations Command Center attacked Banner at the university, where the latter transformed into the Hulk to fight them off. Betty was nearly killed when a gunship shot at the Hulk, but she was saved by Banner in his monster form and taken into hiding. Afterward, Betty aided Banner in traveling to New York to meet with Samuel Sterns, who could make an antidote to get rid of the Hulk. Once the procedure was complete, Bruce was taken into custody by Thaddeus, whom was chastised by Betty for using Bruce as an excuse for his failures.

While traveling with her father and Bruce, they were alerted that the general's subordiante, Emil Blonsky, had transformed into the "Abomination" and was attacking Harlem. Betty and Thaddeus then witnessed the Hulk defeat the Abomation, and she had a brief moment with him before he fled the area. A month later, Betty would receive mail from Bruce, which was a her mother's necklace that she previously sold.

According to Avengers: Infinity War directors the Russo brothers, she was one of many who were killed by Thanos. In Avengers: Endgame, Banner succeeds in undoing the decimation Thanos wrought with the Nano gauntlet, reviving Betty and all the others whom Thanos killed. It's assumed that Thaddeus reunited with his daughter, and he later attended Tony Stark's funeral to honor his sacrifice. 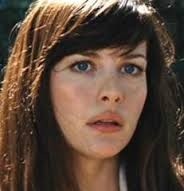 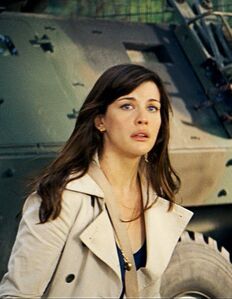