Big Potato (Chinese: 大番薯) is one of the main protagonists in the Old Master Q series.

Big Potato is one of the friendships with Old Master Q along with Mr. Chin. He is often portrayed as a obese man who used to satirize weight-loss people and being lazy. Big Potato is not really a smart and has been entangled with others.

Big Potato is still busy with his stuff in Hong Kong, where was he getting kidnapped by many robbers. At the time, The robbers called Master Q, they were said that let him pay a ransom of 200,000 and being able to let Big Potato go.

After the polices was captured the robbers, they are bring Big Potato back to Master Q side. At this point, Big Potato had to see a dog walking when he came home quickly, but he was scared away by the dog, he was too happy after the dog ran away.

Big Potato is presumably fight with a man, however, his body has been pulled long by one and screamed with pain.

Big Potato is a caring and gentle man who always like to jokes with his friends. He is loyal to others and seems awkward to walk. However, his merits are being kind and helpful, making him a pistachio for everyone. While he is bald, wears a mustache, glasses, blue shirt, black vest, blue pants, and shoes. 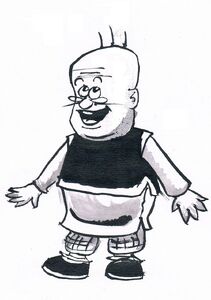 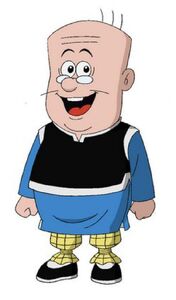 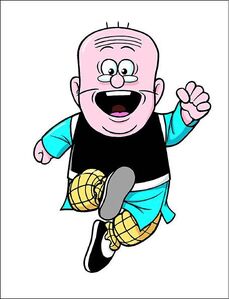 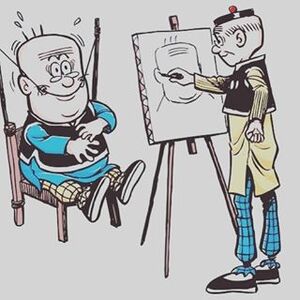 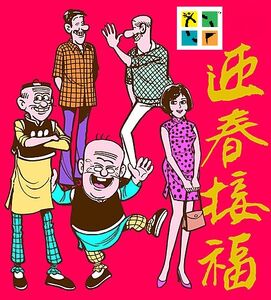 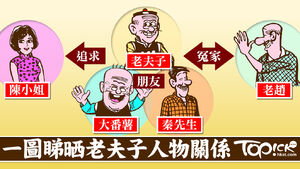 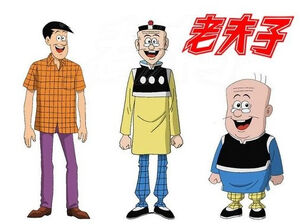 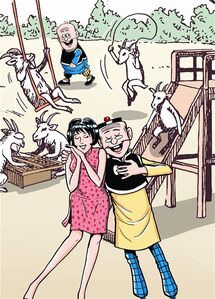 Retrieved from "https://hero.fandom.com/wiki/Big_Potato?oldid=1667964"
Community content is available under CC-BY-SA unless otherwise noted.