The Big Show (AKA Paul White) is a current wrestler at WWE. Unlike that, he is actually sometimes a villian. He is the secondary character from Scooby-Doo! Wrestlemania Mystery. Big Show enters a feud with The Great Khali in Backlash 2008.

He is 7-foot giant wrestler because of his weight, but he has the superhuman strength that he can lift the pounds by his mind. Before he was Big Show, he was called The Giant in WCW. Big Show is an wrestler who can lift up the weight of the wrestlers with his strength. He is better known for being an 7-foot tall wrestler that he can reverse the wrestlers. In Backlash 2008, he was seen battling his rival The Great Khali. In Scooby-Doo! Wrestlemania Mystery, he was seen help the Mystery Inc. and Scooby-Doo taking down Cookie who has stolen thw WWE title belt and blamed on Scooby-Doo. After Cookie was arrested causing Scooby to clear his name after Velma Dinkley exposes to Vince McMahon and Mrs. Richards about Cookie's plan, Big Show decides to stay with his friends. 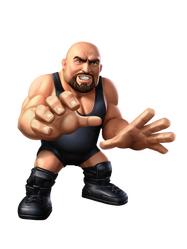 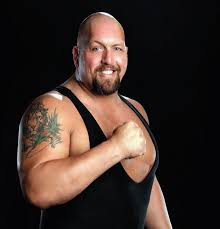 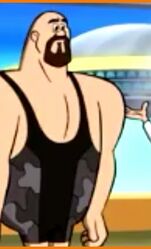 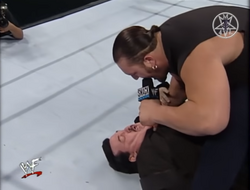 Big Show threatens Paul Bearer before The Undertaker arrives to confront him. 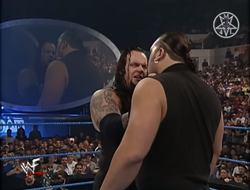 Big Show being scolded by The Undertaker for disrespecting him after assaulting Paul Bearer. 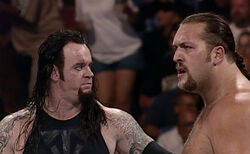 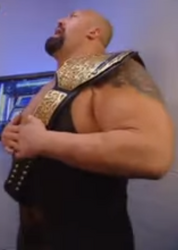 Add a photo to this gallery
Retrieved from "https://hero.fandom.com/wiki/Big_Show?oldid=1796108"
Community content is available under CC-BY-SA unless otherwise noted.