Ezekiel "Big Z" Topanga also known as Geek is the uncle of Lani Aliikai, a former professional surfer and the deuteragonist of the 2007 mockumentary film Surf's Up.

He was voiced by Jeff Bridges, who also played Jeffrey Lebowski in The Big Lebowski.

Big Z was originally a famous surfer who one time visited Shiverpool in Antartica and met a young penguin named Cody Maverick and gave him his necklace. Sometime after this, he competed in a surfing contest with another surfer named Tank "The Shredder" Evans, who wiped him out. Realizing that he couldn't compete with Tank and was tired and demoralized, Z faked a disappearance and became a recluse named Geek. After this, a surfing contest called The Big Z Memorial Surf Off was started which was won by Tank nine times.

Ten years after his disappearance, "Geek"'s niece Lani came to him with a now 17-year-old Cody, who had gotten hurt during a surf off against Tank. After healing Cody, "Geek" teaches him how to make a perfect surfboard. Later, Cody and "Geek" discover a shack full of old trophies and surfboards which Cody recognises as Z's, before discovering that "Geek" is Z. Cody asks Z to teach him to surf (as he wishes to partake in the surf off), which Z reluctantly agrees to.

After the training, Cody asks Z to come and watch the surf off, but Z refuses and reveals that he faked his disappearance. Upset that Z just gave up, Cody leaves to take part in the surf off. Z secretly watches the contest and later helps Cody get back to the beach after he wipes out. They learn that Chicken Joe won by default after Cody and Tank got disqualified, but Cody doesn't care about winning and decides to have fun instead. Z reveals himself to the audience and invites them to surf and is joined by Cody and Joe. 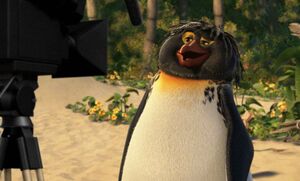 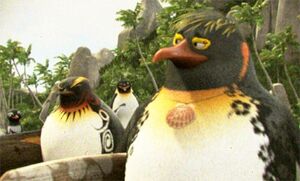 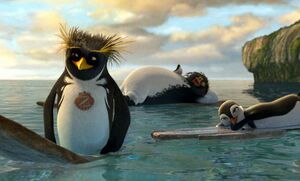 Z with his niece Lani and Cody 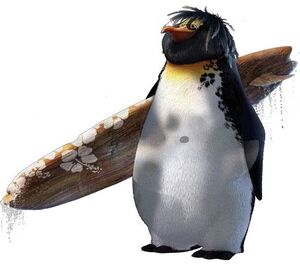