NOTE: This page is for the mainstream version of Bilbo Baggins. You may be looking for more info on his Peter Jackson counterpart.

Burglar of the Company of Thorin Oakenshield (disbanded)

Living in the Shire

Survive his journey to Erebor (succeeded).

Bilbo Baggins is the titular main protagonist of J. R. R. Tolkien's highly acclaimed high fantasy novel The Hobbit. He is a hobbit, who joins Thorin Oakensheld and company on their quest to reclaim their long-lost kingdom of Erebor and the treasure within by Smaug. Bilbo is later a supporting protagonist in The Lord of the Rings.

In The Hobbit, Bilbo Baggins, a hobbit in comfortable middle age at 50 years old, was hired despite his objections as a "burglar" by the wizard Gandalf and 13 Dwarves led by their king, Thorin Oakenshield, on a quest to reclaim the Lonely Mountain and its treasure from the dragon Smaug. The adventure took Bilbo and the companions through the wilderness, to the elf haven of Rivendell, across the Misty Mountains and the black forest of Mirkwood, to Lake-town in the middle of Long Lake, and eventually to the Mountain itself. Here, after the dragon was killed and the Mountain was reclaimed, soon after that the Battle of Five Armies took place.

In his journey, Bilbo encountered other fantastic creatures, including trolls, elves, giant spiders, a man who can change shape into a bear, goblins, eagles, wolves and a slimy, murderous creature named Gollum. Underground, near Gollum's lair, Bilbo accidentally found a magic ring of invisibility, which he used to escape from Gollum.

By the end of the journey, Bilbo had become wiser and more confident, having saved the day in many precarious situations.

He rescued the dwarves from giant spiders with the magic ring and a short Elven-sword he acquired. He used the ring to sneak around in dangerous places, as well as his wits to smuggle the dwarves out of the elves' prisons. When tensions arose over ownership of the recovered treasure, he tried unsuccessfully to bring the opposing sides to compromise, using the Arkenstone, a stolen heirloom jewel, as leverage. This strained his relationship with Thorin, but the two were reconciled at Thorin's deathbed. At the end of the story, Bilbo returned to his home in the Shire only to find that several of his relatives, believing him to be dead, were trying to claim his home and possessions. In addition to becoming wealthy from his share of the dwarves' treasure, he found that he, like Adam, had traded respectability for experience and wisdom. At the end, Gandalf proclaims Bilbo is no longer the Hobbit he was. This is certainly true as Bilbo has gone through a rite and has fully matured. Continuing the pilgrimage theme, a true pilgrimage does not end at the destination, but rather when the wanderer is absolved, blessed, and ready to return home.

Bilbo decides to leave the Shire on his 111th birthday. He argues with Gandalf about giving up the Ring, which he calls "my precious", just as Gollum had done. With Gandalf's help, he gives up the One Ring - the first Ring-bearer in history to do so - and wills it to his cousin and adopted nephew, Frodo Baggins. He then leaves the Shire to find another adventure. Without the Ring, however, he ages rapidly, and decides he is too old to go to the Mountain again. He settles in Rivendell, a guest of the Elven-king, Elrond.

Years later, he sees Frodo again when he latter arrives in Rivendell during his quest to destroy the Ring. Upon seeing the Ring again, a dark change comes over Bilbo, and he nearly attacks Frodo before restraining himself. He then tearfully apologizes to Frodo for unintentionally putting t he burden of the Ring on him.

Following the destruction of the One Ring, Bilbo leaves Middle-earth after the Ring is destroyed and the Dark Lord Sauron defeated. He travels with Gandalf, Frodo, and Elrond to the Grey Havens, and they sail away to the Undying Lands.

Bilbo was a very friendly and well-mannered hobbit fond of food, drink, a full pipe, his friends and good cheer, and was known for greeting strangers and friends with hospitality saying; "At your service and your families". Being related to both the Tooks and the Baggins two family groups that were fundamentally opposite in their mentalities, with the Tooks being fonder of adventures and wandering, and the Baggins who were fonder of the settled life, Bilbo had two different sides to him something he referred to as the "Took side" and the "Baggins side". This meant that he secretly relished having adventures but still wanted to remain settled and was very afraid. His Took's side was the reasons why he eventually chooses to go for adventures to Erebor alongside other heroes at the beginning of the story.

Bilbo seemed to be happy with his life at Bag End and would have been content to remain a child of his father, had adventure not come upon him. Still very afraid and wishing he had never left his hobbit-hole, the Took side eventually won out even after he returned home to his old life. Thus, his desire for another adventure never truly departed from him in his heart even into his old age. This he demonstrated in his sudden departure from Bag End in TA 3001.

Bilbo has a strong will, and eventually gives up the Ring, making him the only Ring-bearer besides Samwise Gamgee to do so. However, he is never completely free of it; when he sees it again years after abandoning it, he nearly tries to take it, seized with sudden, violent lust for it. 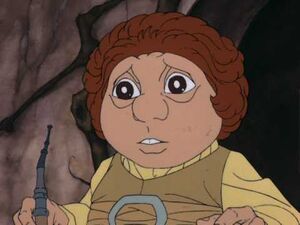 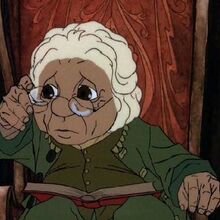 An older Bilbo as he appears in the Rankin-Bass version of The Return of the King. 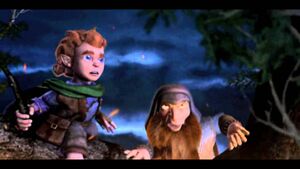 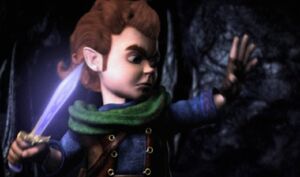 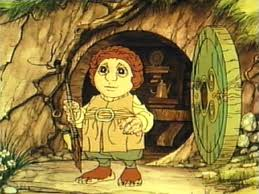 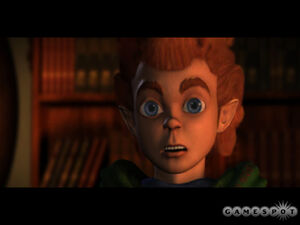 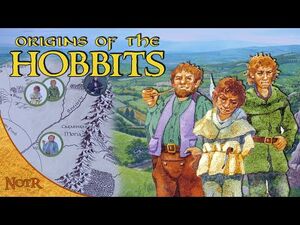 The Origin of Hobbits- Harfoots, Fallohides, and Stoors - Tolkien Explained 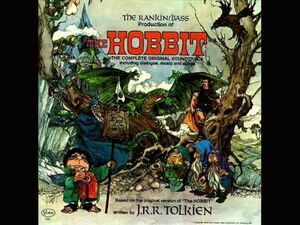 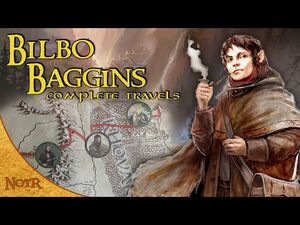