NOTE: This article is about the version of Bilbo Baggins from the Peter Jackson continuity. You may be looking for information on his mainstream counterpart.

Burglar of the Company of Thorin Oakenshield (disbanded)

Living in the Shire.

Survive his journey to Erebor (succeeded).

Bilbo Baggins is the titular main protagonist of The Hobbit trilogy and a supporting protagonist in The Lord of the Rings trilogy. He is a hobbit, who joins Thorin Oakenshield and company on their quest to reclaim their long-lost kingdom of Erebor and the treasure within by Smaug.

He was portrayed by the late Ian Holm as a 111-year-old and as a 50-year-old, and was portrayed by Martin Freeman in the Hobbit trilogy (who portrays Everett Ross in the Marvel Cinematic Universe, and also played Arthur Dent in The Hitch-Hiker's Guide to the Galaxy and John Watson in Sherlock). In the Japanese dub of The Hobbit trilogy, he is voiced by Toshiyuki Morikawa.

Bilbo was initially reluctant to go on an adventure and hated the dwarves being in his home. However, after Gandalf convinced him, Bilbo came to the aid of the Dwarves. He himself admits he had grown fond of them to Thranduil.

He has a very charming personality and was able to be seen as pleasant by almost anyone. His personality seemingly protected him from the One Ring's corruption for many years. However, the ring was able to bring out the worst in him after awhile.

Bilbo was surprisingly good with a sword as he was able to cut the Giant Spiders of Mirkwood's cobwebs. 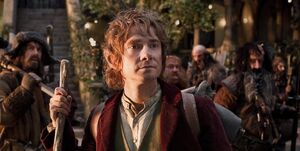 Bilbo as he appears in Peter Jackson's The Hobbit trilogy 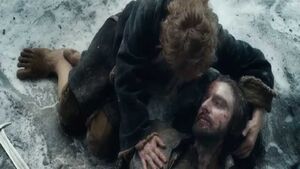 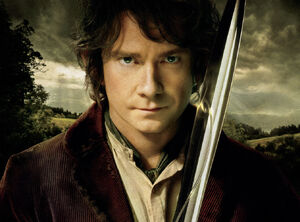 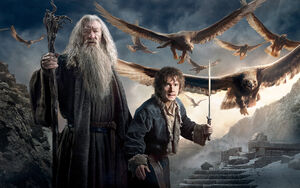 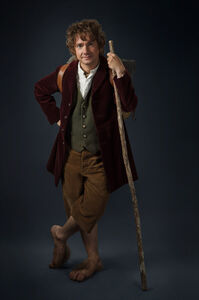 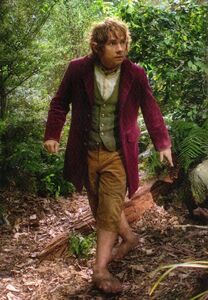 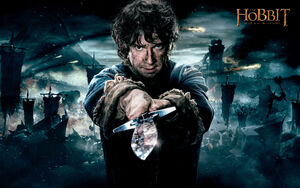 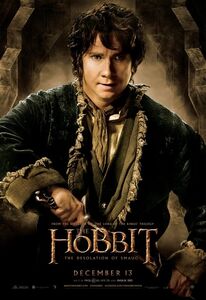 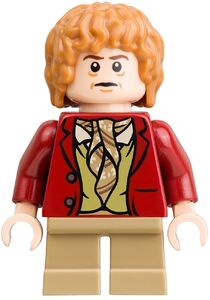 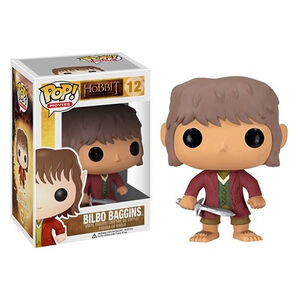 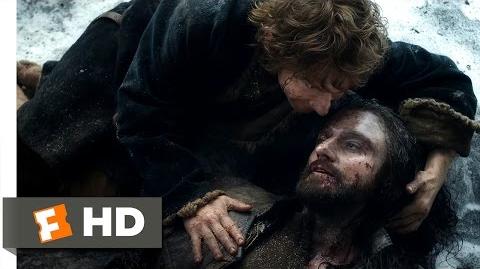 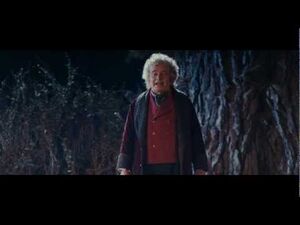 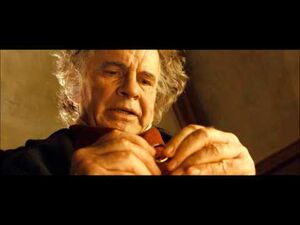 LOTR The Fellowship of the Ring - Farewell Dear Bilbo 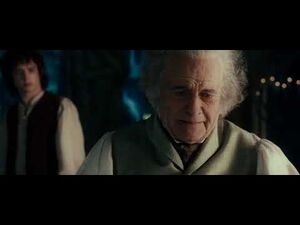 LOTR The Fellowship of the Ring - Bilbo's Gifts