Sacrifice himself for the group (succeeded)

William "Bill" Overbeck is one of the four playable Survivors in Left 4 Dead. He is a Vietnam veteran who served in the US Army 1st Special Forces Group, and is also noticeably the oldest of the group in the late sixties. He is usually seen wielding the Assault Rifle (which appears as the M16, a real life assault rifle used by the U.S. Military in Vietnam), probably to complement his back story. He often has a lit cigarette in his mouth that only extinguishes when he dies. Bill is killed prior to the events of Left 4 Dead 2's The Passing during the (canonical) events of The Sacrifice. In the latter, he sacrificed himself to raise the bridge for the other three Survivors. According to The Sacrifice comic, Bill died after being attacked by multiple Tanks when he went down to reactivate the lift bridge at the finale so the rest of his team of Survivors may be safe from the oncoming horde.

He is voiced by the late Jim French and modelled after Bernard Fouquet.

Bill served two tours of duty in the Vietnam War. U.S. Special Forces involvement in the war that ended in 1975. Sometime during the war he suffered a knee injury as a result of shrapnel being bore into knee, causing permanent damage. Two days after the first infection, Bill was at a veterans hospital waiting for an operation, possibly relating to his knee injury. When a resident staff attempts to make small talk in regards to Bill's missing family along with his smoking habits, Bill tells him to go practice somewhere else.

As he undergoes anesthesia and slowly blacks out for the surgery, one of the nurses becomes an Infected and kills the operation room staff. Bill somehow staves off his oncoming unconsciousness through sheer force of will as he simultaneously fights off the Infected nurse, disabling her momentarily. Finding a bonesaw and a knife to defend himself with, Bill fights the sudden rise of Infected outside the hospital to make it back home, where he dresses up in his old military clothing which had been put away for safekeeping. Equipping himself with his trusty assault rifle, Bill heads outside to fight the Infected on his own.

Out of the other three Survivors, Bill stands out most prominently as the leader of the group.

Unfortunately, Bill did not live long enough to meet the Survivors of Left 4 Dead 2. However Francis and Louis joke that Bill would probably have shot Nick within a very short time frame due to the latter's disagreeable personality. Rochelle shows understanding and sympathy to Bill's death in certain lines to the original Survivors. Both Coach and Nick have multiple lines regarding the loss of Bill if his death is mentioned. 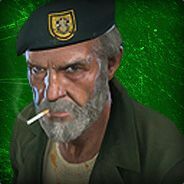 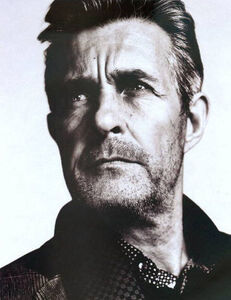 Bill in Dead by Daylight. 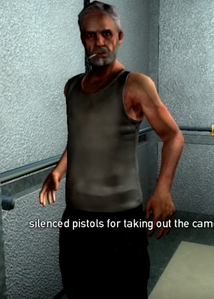 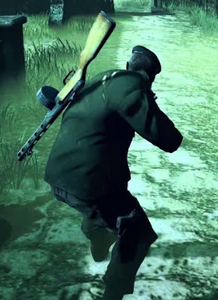 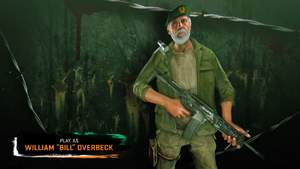 Render Of Bill In Dead By Daylight.