Listening to the Spice Girls.

Get revenge on Homelander for killing his wife (indirectly succeeded).

Take down Vought-International (ongoing).
Get his wife, Becca Butcher, back (succeeded, but failed).
Keep Ryan safe and far away from Homelander (succeeded).

William J. "Billy" Butcher is one of the two main protagonists (along with Hughie Campbell ) of the 2019 Amazon Prime TV adaptation, The Boys. He was a former member of special forces turned vigilante, as he is consumed by one mission in life: to destroy superheroes. But this personal vendetta is driven by his hatred for one Supe in particular: Homelander.

Following the revelation that Becca is alive, Butcher faces a difficult decision when he must choose between searching for Becca or ensuring the security of the Boys.

He is portrayed by Karl Urban in the TV series, who also played Éomer in The Lord of The Rings trilogy, John Grimm in 2005s Doom, Leonard McCoy in the 2009 Star Trek films, Judge Dredd in the 2012 film Dredd, and Skurge in Thor Ragnarok.

A rough and caustic rogue superhero hunter, Billy Butcher serves as the de facto leader of The Boys. Likewise, he uses a variety of weapons to level the playing field when against supes.

William "Billy" Butcher was born in the United Kingdom and is the son of Sam and Connie Butcher, and is the older brother to Lenny Butcher. In his childhood, Billy and his brother were abused by their father, who believed that he was making his sons ready for a tough world. Before the events of the series, Lenny would commit suicide, and Butcher believes that he did so due to the abuse their father did. As a result of Sam's abuse and Lenny's death, Butcher developed a great disdain towards his father and hadn't seen him for years. Into his adulthood, Butcher would join the Special Air Services, where he received training in marksmanship and martial arts.

Presumably before or after his service with the SAS, Billy met a woman named Becca Saunders, and the two began a romantic relationship before marrying. In 2011, Butcher attended a Christmas party at Vought International since Becca worked there, and was introduced to the Seven's leader Homelander. Sometime after the Christmas party, Becca disappeared and Billy tried to find her to no avail. After Becca's disappearance, Butcher was approached by CIA director Grace Mallory, who showed him footage of Becca with Homelander, which made Billy believe that the "superhero" raped and killed his wife. The revelation fueled Billy's hatred for Homelander and supes, and he decided to work with Mallory to create the Boys, a group within the agency that oversaw the Seven and other supes in case they had to "spank the bastards when they got out of line".

He would recruit individuals such as Mother's Milk and Frenchie to help him, but the team would fall apart after Mallory's grandchildren were killed by Lamplighter. Despite the failing out between Frenchie and Mother's Milk, Butcher continued to monitor to the Seven so he could find a weakness to use against Homelander. Unbeknownst to Butcher, Becca was actually alive and went to Vought to receive help due to her pregnancy. She survived birthing her son Ryan, and was sent to a disclosed location to raise her son in exchange that Butcher wouldn't be harmed.

Seeing how Vought International and the Seven have great control over society, Butcher decides to reunite the Boys so he can get his revenge against Homelander. After learning that Hughie Campbell lost his girlfriend to A-Train running through her, Butcher decides to pretend a fake FBI agent to get Hughie to infiltrate Vought and place a bug. When returning Campbell to his place of work, Butcher would save him from Translucent, who managed to discover the bug.

Like the rest of The Boys, Butcher was injected with a special chemical called "Compound V" that increases strength, reflexes, stamina and durability and gives the ability to heal wounds faster than normal humans. Butcher now possesses super strength, the likes of which enable him to crush a Glock handgun in his hands with ease, and rip the very thumbs of another superpowered human Shout Out and makes hurting and maiming superpowered superheroes much easier.

Butcher is so brutal and cunning that even the largest and most powerful superhero group in the world, The Seven, are wary of him. When it comes to supes, Butcher shows no mercy, and will either severely injure or kill them outright. This is best exemplified by his attitude towards the team Super Duper, who although portrayed as childish and mentally deficient, were only saved from Butcher's wrath by a badly injured Hughie's insistence that they were only children.

Billy was once a caring, outgoing guy, before the death of his wife. Afterwards he changed, with his soft, easy going personality becoming hard, distrustful, and vengeful, though Becca does say he's always been one bad day away from pounding someone to death in a parking lot. Likewise, he is consumed by his determination to rid the world of all corrupted superheroes in order to avenge his late wife. Butcher is also brave and fearless, as he is quite willing to sacrifice himself to save others (mainly Becca or a member of The Boys).

The darker, more violent nature within him comes from his Father, and the abuse he inflicted on him as a child trying to make him tough. However, while he uses it daily to get the job done, Butcher does hate that he is anything like his father.

Although Butcher can be very reserved towards others around him, he does show some emotion to his teammates. He holds Mallory in high respect and considers Mother's Milk a close friend, listening to him and even willing to put him in charge of watching out for Becca, the one thing that means a lot to him. Frenchie is also as like a friend, and with Hughie he has a genuine connection to him, seeing him like his brother Lenny and having him represent a good side in him. Although he loathes the fact that they are superheroes, and has tried to kill both of them, he eventually warms up to both Kimiko and Starlight and deems them as teammates. 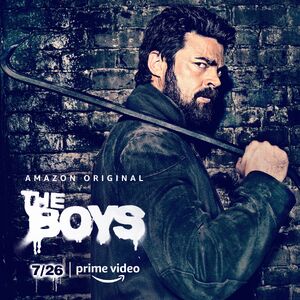 Promotional image for Billy The Butcher. 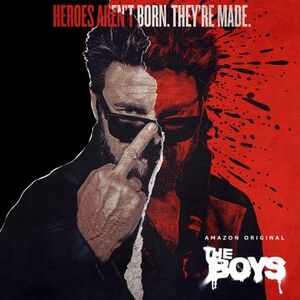 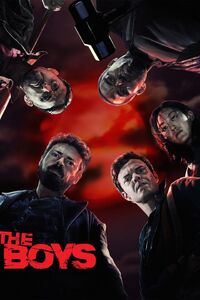 Billy with the Boys. 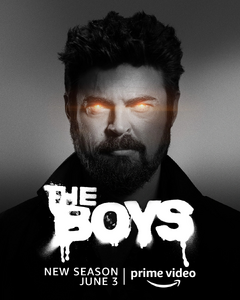 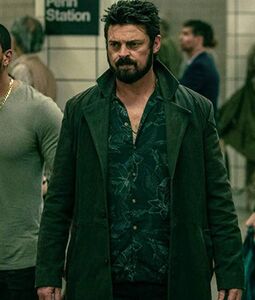 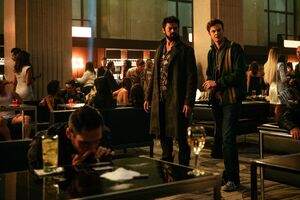 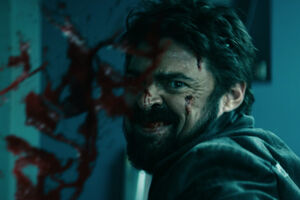 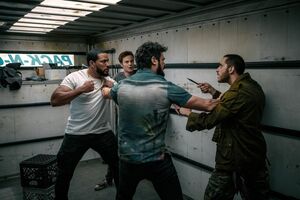 Butcher stopping Mother's Milk and Frenchie from fighting each other. 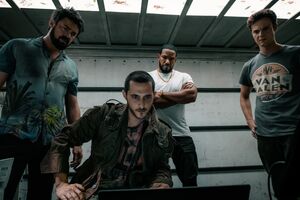 Butcher with Hughie, Mother's Milk and Frenchie, looking at the camera's in Popclaw's apartment. 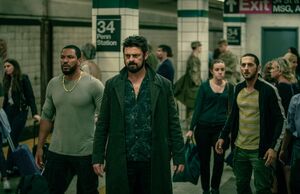 Butcher with Mother's Milk and Frenchie, looking for The Female at the subway. 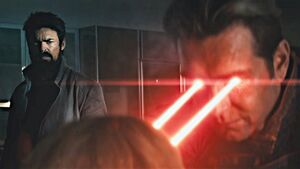 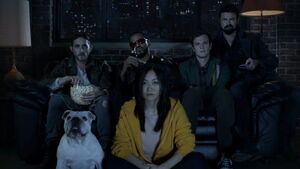 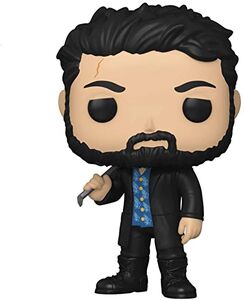