Bizarro League are (normally) the main antagonists  in the DC Comics and the supporting deuteragonists from LEGO: DC Comic Super Heroes: Justice League vs. Bizarro League. They are the Bizarro counterparts of Justice League, and they had a more anti-heroic role and they are serve as the supporting characters in the Lego movie when Darkseid, Desaad and Parademons are the true main villains.

Batman has joined the newly formed Justice League in order to keep tabs on Superman, a mistrust that is complicated by Superman's clumsy – but well-meaning – clone, Bizarro. Bizarro’s creation of the Bizarro League has caused confusion amongst the world’s greatest Super Heroes, but an even greater and mysterious threat may force the Justice League and Bizarro League to band together to defeat evil.

Superman’s clone, Bizarro has become an embarrassing problem. Chaos and destruction follow Bizarro everywhere as he always hears the opposite of what is said, says the opposite of what he means and does the opposite of what is right. And when the citizens of Metropolis keep confusing Bizarro with Superman, the Man of Steel decides it’s time to find a new home for him....on another planet! It’s up to the Justice League to come to terms with their backward counterparts and team up with them to stop Darkseid and save the galaxy! 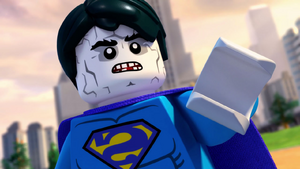 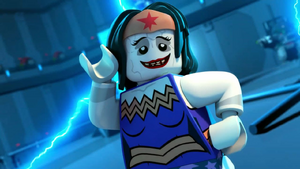 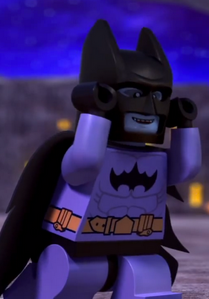 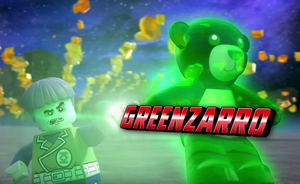 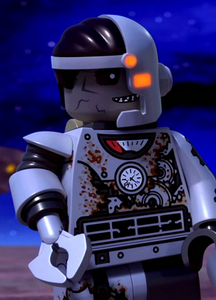 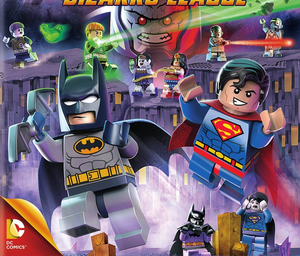 As seen on DVD and Blu-Ray
Community content is available under CC-BY-SA unless otherwise noted.
Advertisement