Heroes Wiki
Register
Don't have an account?
Sign In
Advertisement
in: Digimon Heroes, Animals, On & Off,
and 42 more

Find and defeat a powerful opponent

Destroy the Destiny Stones to find his true nature

BlackWarGreymon is a anti-hero from Digimon Adventure 02.

He is voiced by Steve Blum.

Though a recurring antagonist, he's misunderstood as he was created for evil but rebelled against his creators and since had been trying to find his purpose and struggles with his consciousness.

A Virus-attributed WarGreymon who is feared as the "Jet-Black Dragon Warrior". He is the true opposite of WarGreymon, a member of the "Virus Busters" who exists to serve under 'Justice', and thus has a warped creed and principles. This Digimon doesn't consider vulgar beings of the same Virus attribute his allies because he hates unfairness and the mean-hearted. It's a mystery as to how he became a Virus counterpart, and the Crest of Courage that was once carved onto the "Brave Shield" his back is equipped with has vanished. His special attack of "Terra Destroyer" is virtually the exactsame as WarGreymon's "Terra Force", but with one large difference: he centralizes all the 'negative emotions' that exist in the world, then fires it at the enemy. 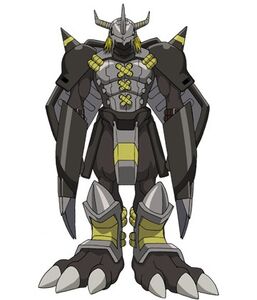 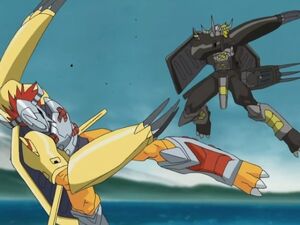 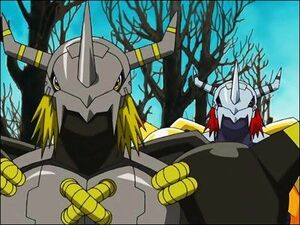 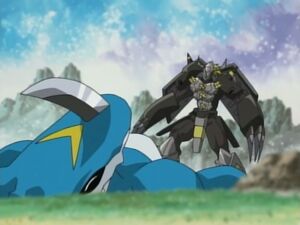 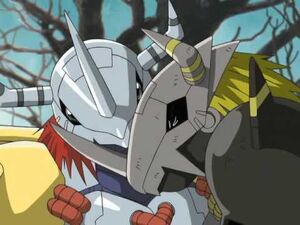 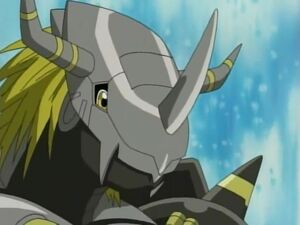 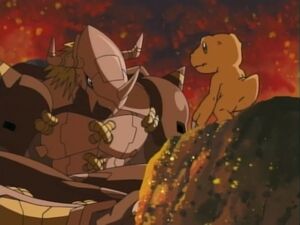 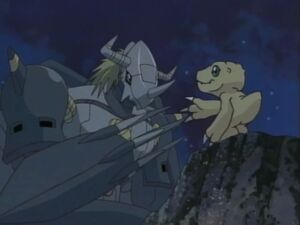 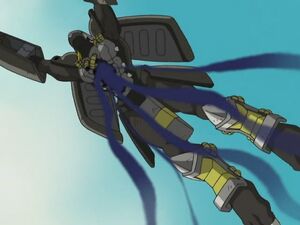 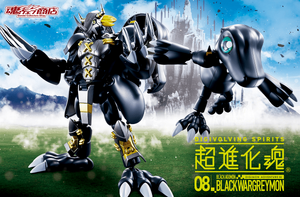 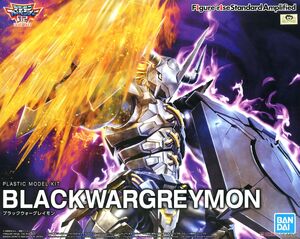 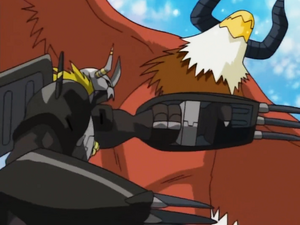