Fight the evil along with the Avengers.

Black Widow makes her debut in the episode "Hulk versus the World" where she and Hawkeye fight the Hulk. She stuns the Hulk after he saves the ship that the S.H.I.E.L.D. Agents that came with them are on. She is later revealed to be a double agent for HYDRA in a plot to obtain the DNA sample of the Hulk and frames Hawkeye for the theft. After the S.H.I.E.L.D Agents leave, Black Widow calls up a member of HYDRA stating that Hawkeye has been disposed of and that they will need a new location for HYDRA to receive the DNA sample.

In the episode "Gamma World" Pt. 1, Hawkeye pursues Black Widow to one of HYDRA's hideaways and both of them end up fighting where Hawkeye defeats her. When Black Widow says that he cannot take her into S.H.I.E.L.D. with him being a traitor, Hawkeye says that he is turning her over to the Avengers. In the episode "Gamma World" Pt. 2, Hawkeye's hovercycle crashes miles from the Gamma-Dome. Hawkeye leaves Black Widow tied up as he leaves to find the Hulk. After footage from Hawkeye's hovercycle confirms Hawkeye's innocence, Clay Quartermain tells Hawkeye that Black Widow managed to get away from where Hawkeye last left her. 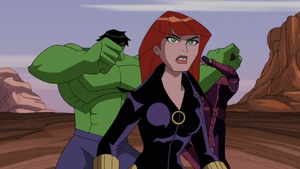 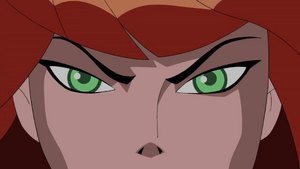 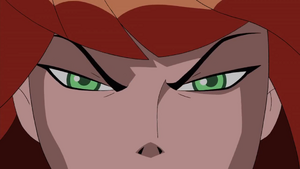 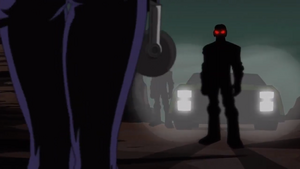 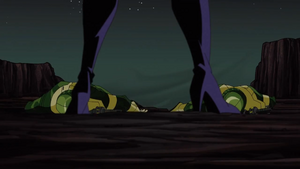 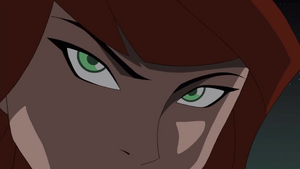 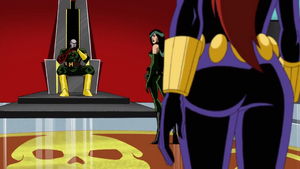 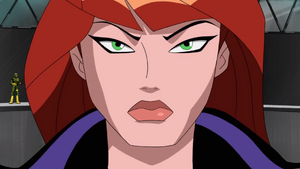 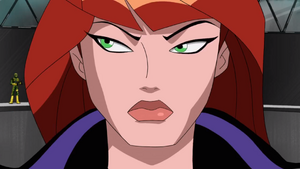 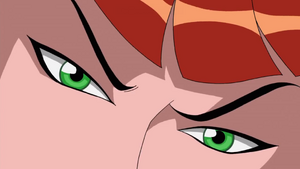 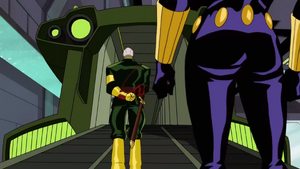