Dragon Slayers
The Blades are group of dragon slayers in The Elder Scrolls series. In The Elder Scrolls V: Skyrim, it is revealed that they have been almost completely depleted by the Admini Dominion, leaving only two members alive: Delphine and Esbern, both of which are in hiding at the start of the game. They are known for holding a grudge against the Greybeards.

Delphine is the first member that the Dragonborn meets. She is first seen disguised as an apprentice for the Jarl's Court Wizard in Whiterun, it is later revealed that she had stolen the horn of Jurgen Windcaller, founder of the Greybeards, from his tomb just north of Morthal. She leaves a note for the Draognborn, whom she knows will attempt to retrieve it for the Greybeards, telling them to meet her in the tavern in Riverwood and having them ask for renting "the Attic Room". There, she will confront the Dragonborn and test to see if they are truly who she thinks they are by slaying a dragon near Kynsgrove.

She will attend the conference up at High Hrothgar if the Dragonborn hasn't finished the Civil War questline. She will also order the Dragonborn to slay Paarthurnax after learning that he once assisted Alduin and is still alive. Although the Dragonborn can choose whether or not to slay or spare him, Delphine will state that Dragonborn is either "with them or against them" if they struggle to make their decision.

The eldest member of the surviving Blades, he is a scholar who is familiar with the Dragon Uprising, and knows where to locate dragon lairs. He went into hiding within the Ratways of Riften in order to escape the Thalmor. The Dragonborn locates a journal containing information about his whereabouts in the Thalmor Embassy just outside of Solitude. Delphine sends the Dragonborn to Riften and speak with the leader of the Thieves Guild, Brynjolf.

He will attend the conference atop High Hrothgar if the Dragonborn hasn't finished the Civil War Questline. He will order the Dragonborn to slay Paarthurnax after learning he once assisted Alduin and is still alive, though he will offer his condolences if the Dragonborn wishes not to slay him. 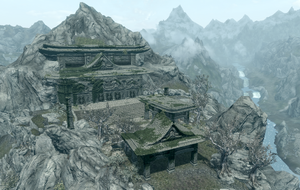 Sky Haven Temple, the Headquarters of the Blades. 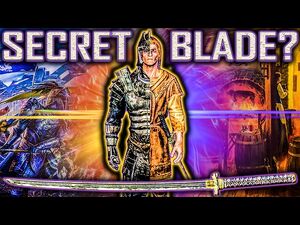