Be with Chuck Bass (succeeded)

Blair Cornelia Bass (née 'Waldorf) (b. November 15, 1990/1991) is a main character in the Gossip Girl series of novels by Cecily von Ziegesar and its television adaption, in which she is portrayed by Leighton Meester.

Blair is regarded as the "Queen B" of the Upper East Side. She is also the wife of Chuck Bass and the best friend of Serena van der Woodsen.

Blair is introduced as the Upper East Side's beautiful and popular queen bee. She is the daughter of Eleanor Waldorf, a famous fashion designer. She is dating Nate Archibald, and is best friends with Serena van der Woodsen. She also finds a close companion in Nate's best friend and her childhood friend Chuck Bass, who becomes a partner for her schemes.

When Serena returns home from boarding school, Blair learns from Nate that he lost his virginity to a drunken Serena over a year ago. Blair retaliates by publicly revealing Serena's connection to a rehab hospital. She then learns that the actual patient is Serena's younger brother, Eric, who had been committed after a suicide attempt. Afterward, a remorseful Blair reconciles with Serena.

Blair Cornelia Waldorf was born on November 15, 1991 (1990 in the tv series) to Harold Waldorf, a rich layer, and Eleanor Waldorf, a wealthy heiress from a Upper East Side family. Harold was caught cheating on Eleanor, which caused them to divorce, and Blair's father would move to France. Blair grew with Serena van der Woodsen and Nate Archibald, and they three became best friends.

Eventually, Eleanor met Cyrus Rose, a rich architect, and Blair couldn't stand him or his son Aaron, wanting them to disappear. Unfortunately, Eleanor and Cyrus got married and had a girl named Yale.

Blair shows herself to be intelligent, confident, but is also manipulative, often scheming against others. Despite having a confident personality, she is ruled by her insecurities, notably feeling like she is in Serena's shadow. She can also be ruthless and antagonistic, not trusting others and often enjoys sparring and challenging others. That being said, she is sensitive and loving, as she stopped Chuck from jumping off a building, and will defend the people she cares about. Other examples of her showing compassion is doing charity work, such as volunteering for the NYC Fights Homeless, Save the Peregrine Falcons of Central Park, and other children charities. 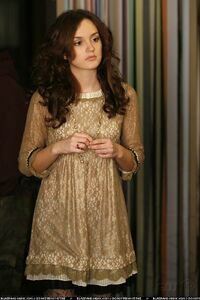 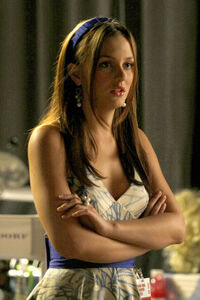 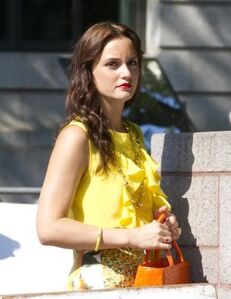 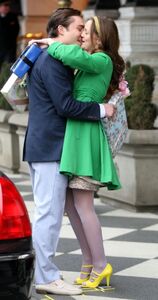 Blair and Chuck.
Add a photo to this gallery

Retrieved from "https://hero.fandom.com/wiki/Blair_Waldorf?oldid=1913105"
Community content is available under CC-BY-SA unless otherwise noted.