The White Demon of Domremy, King of the Wolves, Snowball, Mutt

Blanca is one of the main heroes of the video-game Shadow Hearts: Covenant. He was raised by an orphaned girl of the village of Domremy named Jeanne and in time became friends with main characters Yuri and Gepetto, quickly joining them on their journey when the game starts off.

Blanca was taken in as a pup by a girl in Domremy France named, Jeanne. Jeanne was an orphan and just as she considered Blanca to be a pet he considered her to be his charge. Overtime Blanca became friends with all the villagers and considered the village under his protection. One day one of the villager named Gepetto, invited a man named Yuri Hyuga to stay with him after he lost his girlfriend Alice Elliot, Gepetto's niece. Yuri and Gepetto both became good friends with Jeanne and by extension with Blanca as well. Domremy existed on a border between France and Germany and so during World War I was seized by Germany. Though the village of Domremy held no strategic or resource value, being so close to the border Germany needed to capture it to maintain face during the rest of the war. German soldiers assaulted the village lead by Lieutenant Karin Koenig however the raid was stopped by Yuri Hyuga, who had the power to change into demons. Though Yuri did not use lethal force, a stray grenade from one of the soldiers wiped out most of the unit save for Karin, who Yuri later carried out of the village while unconscious.

After the major raid Yuri and Gepetto told Jeanne and Blanca that the soldiers would likely return to finish what they started and they would need to prepare. In the second raid major raid Karin returned with a new unit and an exorcist from the Vatican, named Nicolai Conrad to deal with Yuri. While Gepetto discouraged the soldiers with a variety of traps he triggered from the forst brush, Blanca guarded the villagers, who were in hiding unit the soldier left and Yuri stayed in reserve for if the soldiers made it passed Gepetto's traps. Karin and Nicolai made it to the Domremy Chapel, where Karin's unit had encountered Yuri last time in his demon form. Once there Karin's backup sealed the doors to prevent Yuri from getting out and Nicolai called out the demon. While Yuri was dealing with Nicolai, Karin's unit was being attacked by some soldiers laying in wait, the soldiers were Nicolai's back up, the Steel Claws, part of a terrorist organization called Sapientes Gladio. While the Steel Claws were wiping out Karin's men their troop leader, Lenny, found and kidnapped Jeanne to use as a hostage then came to the aid of Nicolai with his hostage. In the conflict Karin turns on Nicolai after finding out he killed her men and was using a peasant girl as leverage. The distraction was still long enough for Nicolai to use a powerful exorcism tool called the Holy Mistletoe to seal Yuri's powers. When Gepetto and Blanca had manged to get the doors of the chapel open they found Yuri unconscious, Karin holding a gun on her former allies and Jeanne is dead. Gepetto used his traps and spells to get the four out of the chapel and to a cave plan their next moves while they waited for Yuri to awaken. After Jeanne's death Blanca takes it upon himself to help Yuri, Gepetto and Karin avenge her death against Sapientes Gladio.

Once out of the forest, Yuri, Blanca, Gepetto and Karin make their way to Gepetto's apartment in Paris France to get their barrings and research the curse on Yuri. Gepetto's research tells him little more than the Mistletoe's curse is powerful and will eventually claim Yuri's soul in addition to robbing him of his powers. The party's itinerary then quickly shifts to seeking out Yuri's friend and former contact, Roger Bacon, a learned, powerful and extremely old mage, to find out what he could tell them about reversing the curse and finding out the background on Sapientes Glado. On their way out of France Yuri and Blanca are called over by a strange man and his pet wolf, the man admires Blanca and seems to be able to understand him then introduces himself as Ernest. Ernest says he is organizing a world wide competition of the best wolves in the world to compete in a tournament. While Blanca is at first hesitant to engage in fighting for sport, Tetsu, Ernest's wolf, provokes him into accepting by fighting him. Blanca quickly puts and end to Tetsu's hubris and in so doing defeats the first match of the Wolf Bouts. After the fight Ernest gives Yuri and Blanca a score card which Tetsu then signs with his paw print, proof that the match was won. Ernest says once all the spots are signed on the card it will mean all other contestants are beaten and Blanca will officially the world's strongest wolf and get a grand prize, as will as lesser prizes as each match is won on the way up to it. Though Blanca at first considers the competition to be a exploitative sport, he becomes proud of each victory and with his pride gains new spiritual powers. With each wolf defeated, in addition to getting closer to champion and Ernest's prizes Blanca gains a new attack to his spirit wolf abilities. Each defeated wolf's spirit can be called on to charge a foe when Blanca howls for their aid. All Blanca's wolf bouts are either provoked by another competitor or engaged in as a form of pack honor native to wolves.

Blanca is an extremely intelligent character. Blanca is not only smarter than the average wolf but also above average intellect compared to the average human as well. He can use the crests that allow most of the party members to cast spells and makes for a versatile character as he is both skilled in magic use and a strong and fast fighter in his own right. Blanca's sense of smell and hunting skills allow him to both sneak passed foes and avoid traps and ambushes. Though he can not speak human he can understand it and the game provided translational text for the player to see what Blanca's various barks, yelps and growls translate too. Yuri is the only party member who can understand the words that Blanca speaks though, this is apparently a side-effect of both Yuri's harmonixer bloodline and feral persona. Unlike other characters who buy better and better weapons, Blanca's weapon upgrades are sharpening reagents for his claws and teeth.

Blanca has a particular fondness for children and in addition to Jeanne becomes fast friends with party member Anastasia Romanov and NPC Yoshiko Kawashima. Blanca's feral nature allows him to get along well with Yuri and his sense of honor later endears him to the party member Kurando Inugami. Over time, as Blanca discovers more and more wolves even more pressured into the Wolf Bouts than he, he begins to view Ernest as less of a curious sportsman and more of a sadist. By the last few Wolf Bouts Blanca starts considering it his personal mission to make Ernest pay for demeaning wolf kind for his own personal entertainment. Blanca prefers to remain on the sidelines in most situations through-out the main plot but remains protective of his friends and goes berserk whenever he witnesses a child being harmed. 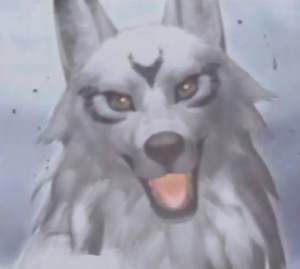 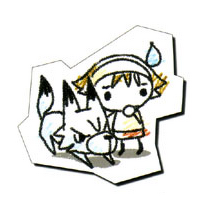 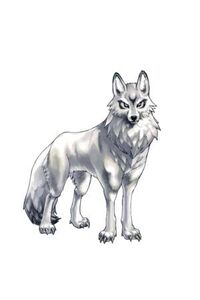 Retrieved from "https://hero.fandom.com/wiki/Blanca?oldid=1834922"
Community content is available under CC-BY-SA unless otherwise noted.