Blanka, known his birth name as Jimmy, is a supporting character from the Street Fighter series. He is represented as a feral and savage man from Brazilian jungle, with green skin and long orange hair, resembling a monster more than a human and has the ability to use electricity as his power of choice. He is one of the first eight characters featured in the original version of the Street Fighter II games.

Blanka is a green ape-like fighter from Brazil. He is considered savage having grown up in the jungle, and his fighting style reflects this. Blanka arrived in the jungle after a plane crash separated him from his mother. Blanka raised himself in the wild, but also has connections to the local village.

In Street Fighter Alpha 3, Blanka is thrown into a fight with Dan Hibiki, and it is revealed that Blanka once saved Dan's life. Blanka then teams up with Dan and Sakura to fight Shadaloo and destroy M. Bison's "Psycho Drive" weapon.

Like all Brazilians, Blanka's skin is green with bright orange hair sprouting from his body.

At the first glance, Blanka developed a taste for street fighting, but is quite fond of family connections and friendships as well as children, as seen in the animated series. During the events of Street Fighter 2, Blanka reunites with his mother, who recognized him on a televised broadcast of his fights due to the anklets that he wears.

Blanka's stage theme A and B are soundtracks in Super Smash Bros. Ultimate, Blanka appears as a advanced-ranked primary shield-type spirit that increases the user's electric attacks. His spirit battle is a stamina battle against Donkey Kong who starts with a screw attack on Jungle Japes with reduced jump. 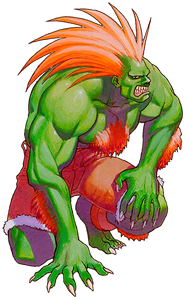 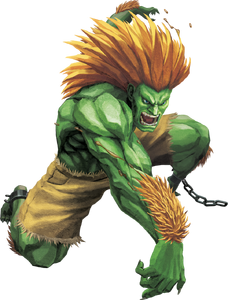 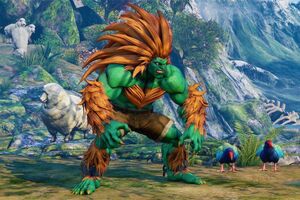 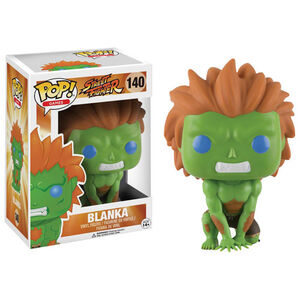