Blaze Fielding is one of the two main protagonists in the Bare Knuckle / Streets of Rage games. She has been a playable character in all the games in the series.

Blaze is a hot-head who rushes into action. She is a ruthless brawler, but has a strong with a sense of justice. She's volunteering, determined, and read to put her life in jeopardy to bring an end to the Syndicate. She doesn't like to lose.

Blaze is a beautiful young woman with dark brown hair. She is 167 cm tall and weighs around 55-57 kg and she has a distinctly muscular build. She was 21-years old in the first game.

Aside from a thigh-length skirt, Blaze is actually pretty moderately dressed in the first game. Starting in 2, however, she lost her jacket and dons nothing more than a bra and a slightly shorter skirt. She's also seen in a swimsuit in the good ending of Streets Of Rage 3.

When introduced Blaze was fast-but-weak character, but she quickly developed into a strong, well rounded fighter. She is commonly regarded as the best of the playable character in the latter games.

Daze is a skilled dance instructor and choreographer and in fact, her fighting style combines judo and sambo eith dancing moves. In combat she uses her speed and agility to her advantage. Her aresenal includes cartwheel and sommersault attacks and powerful throws. Her powerful legs allows her to do long jumps, damaging regular kicks and jumping kicks.

Her punches and uppercuts are powerful enough to send her opponents flying. Her body slams are the most powerful in the games. Blaze is able to lift in excess of 150 kg.

Blaze has so far appeared in 19 games:

In addition she has had 19 comic book appearances: 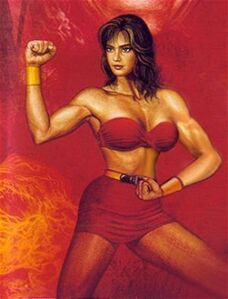 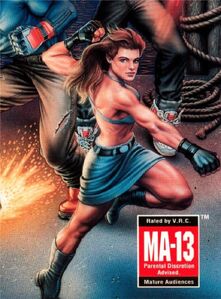 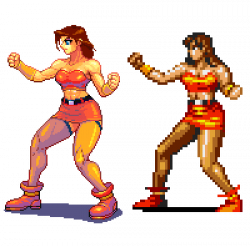 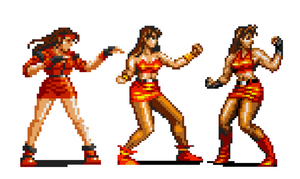 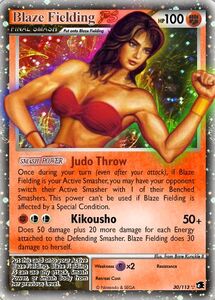 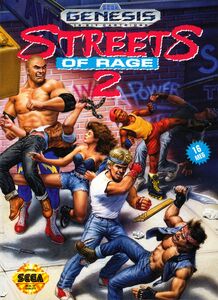 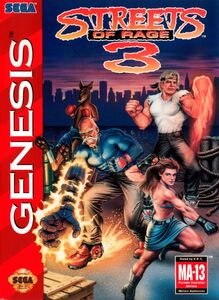 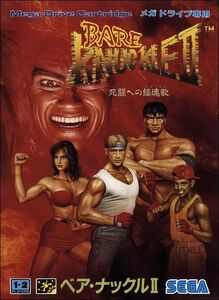 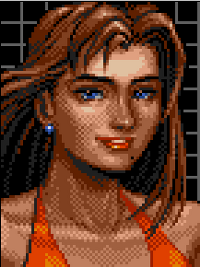 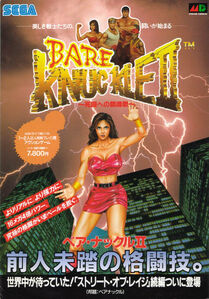 Blaze Fielding – Bare Knuckle 2 a.k.a. Streets of Rage 2
Add a photo to this gallery

Retrieved from "https://hero.fandom.com/wiki/Blaze_Fielding?oldid=2240348"
Community content is available under CC-BY-SA unless otherwise noted.