Start a Wiki
Blinky the Clown (June 30, 1921 to August 27, 2012), played by Russell Scott , was an American clown who starred in a Denver, Colorado television program called Blinky's Fun Club.

Having spent 41 years on television in character, Scott holds the record as longest-running television clown in history.

Scott began his entertainment career as Sears-O the Clown, performing in Colorado Springs, Colorado. Changing his character's name to Blinky, his success brought him to the attention of television station KKTV. Blinky's Fun Club began in 1958, originating from the KKTV studios. In 1966, the show moved to KWGN in Denver and remained there until ending its run in 1998. Scott performed in more than 10,000 episodes, giving him the longest career of any children’s T.V. personality in the U.S. and second longest in the entire world.

Scott owned Blinky's Antiques and Collectibles on South Broadway in Denver, Colorado. After 22 years, the shop closed in 2008.

Scott died in the age of 91 on August 27, 2012, at the Bear Creek Nursing Center in Morrison, Colorado, from complications of pneumonia. 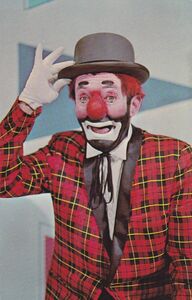 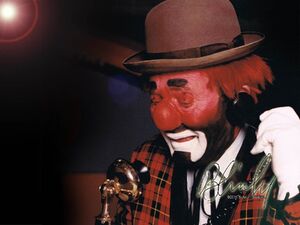 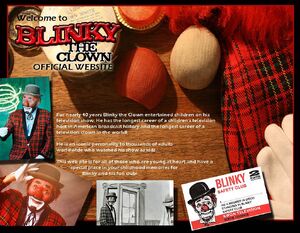 Add a photo to this gallery
Retrieved from "https://hero.fandom.com/wiki/Blinky_the_Clown?oldid=1736944"
Community content is available under CC-BY-SA unless otherwise noted.