Having fun with Kermit

Have fun with Kermit and his best friends

Blotch is the (former) antagonist turned major character of Kermit's Swamp Years. He is one of Kermit's best friends.

Blotch started off as mean to Kermit and his friends but then he became a lot nicer.

He was also shown to be cowardly along with Goggles when they saw an evil snake named Vicki.

He is a brownish bullfrog with yellow polka-dots, black eyes, a red mouth and a pink tongue. 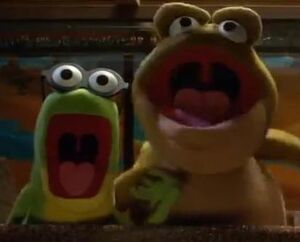 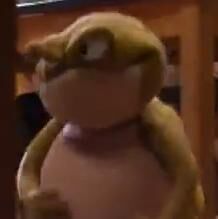 Blotch about attack Hugo Krassman in the leg

Blotch with his friends.