Members are addressed as brothers and/or sisters

To bring hope to the future in the light of so much destruction, when good faces overwhelming odds.

The Blue Lantern Corps is an organization appearing in comics published by DC Comics, first introduced in Green Lantern vol. 4 #25 (December 2007) by Geoff Johns and Ethan Van Sciver. Their powers, similar to those of other organisations based around the emotional spectrum, are fueled by the emotion of hope.

The Blue Lantern Corps is the second of the new colors to be harnessed. The Oans Ganthet and Sayd left the Guardians of the Universe due to disagreement over what to do about the coming war of colors and the Blackest Night prophecy. Blue Lanterns are few in number as the selection process goes slowly, and they have a symbiotic relationship with the Green Lanterns. The Blue Light of hope is of little use on its own, allowing only flight and personal forcefields (and sometimes healing) but in the presence of a Green Lantern, the will of the Green gives hope tremendous power, and the Blue Lanterns can, in turn, supercharge the Green Lanterns.

Recently, after Blackest Night, Ganthet and Sayd are no longer guardians to the Blue Light of Hope, with Ganthet becoming the GL of Sector 0 where Oa is located, and Sayd enslaved to Larfleeze as the Guardian of the Orange Lantern Corps.

Appearing just in time to save the Green Lanterns from the ambushing Red Lanterns, the first Blue Lantern reveals himself. Saint Walker, Blue Lantern of Sector One rescues Hal Jordan using his Blue Power Ring, and heals Jordan's wounds before leading him to Odym, home to the Blue Lantern Power Battery. On the way there Hal notices that his ring is functioning at 200% capacity simply from being in close proximity to Walker, revealing another aspect of the Blue Rings. Upon arriving, Hal is introduced to the second Blue Lantern inductee, Brother Warth, and brought before Ganthet and Sayd. They ask Jordan to go with Walker and Warth to rescue Sinestrofrom the clutches of Red Lanterns, saying that the universe needs him if it is to survive the imminent War of Light.

Hal grudgingly agrees, and leaves with Warth and Walker for Ysmault, home of the Red Lanterns. During their journey, Walker tries to convince Hal of the limitations he faces as a Green Lantern, stating that Hal should join the Blue Lantern Corps as their leader. Jordan is dismissive of these claims however, saying he has no interest in leaving his Corps. Walker, it seems has other plans, telling Warth that they need to make Jordan a Blue Lantern. Upon their arrival, Hal finds Sinestro being held captive, but is immediately ambushed by Atrocitus and his Red Lanterns. The Sinestro Corpsappear to free their leader, turning the small skirmish into a planet-wide battle. Using the Blue Light of Hope to extinguish the Red Fire of Rage, Warth and Walker join the fray.

In the midst of battle Hal finds Laira, a former Green Lantern thought to be lost to Parallax, and an old friend. Horrified to discover she has become a Red Lantern, Hal tries desperately to reason with her, and convince her to abandon her ring. Sinestro, losing patience with Hal's compassion takes matters into his own hands, using his own ring to kill Laira, blasting her through the chest. Hal, already bearing strong hatred for Sinestro, is pushed over the edge by Laira's death and loses himself to the Red Light of Rage. Hal's anger is so great that Laira's Red Power Ring chooses him as her successor. Atrocitus, founder and leader of the Red Lanterns Corps arrives, welcoming him into the ranks of the Red Lanterns. Hal's transformation leaves Warth and Walker powerless, revealing the inherent weakness in the Blue Lantern Corps. A Blue Power Ring is rendered nearly powerless without an an active member of the Green Lantern Corps in the immediate vicinity, as willpower is required to make hope into reality.

Knowing Jordan's only chance to escape his all-consuming rage rested with the Blue Light of Hope, Walker puts his own Blue Power Ring on Hal's hand. With a great flash, Hal's Red ring is destroyed by the healing light of Hope, and Hal himself is purged of it's burning corruption. Hal Jordan, the greatest Green Lantern, becomes the Universe's first Composite Lantern, a vessel of both Hope and Will. Now wielding the powers of both the Blue and Green Lantern Corps Hal makes short work of the Red Lanterns, allowing the Sinestro Corps to escape with their leader.

Despite having lead to his rescue, Hal is extremely angry with Walker for forcibly inducting him into the Blue Lantern Corps, saying he has "no interest in Hope". Walker meanwhile seems frustrated at Hal's refusal to accept his new ring, and his inability to acknowledge the Power of Hope. Trying and failing to remove the Blue Ring themselves, Hal, Warth, and Walker return to Odym seek out Ganthet and Sayd. To Hal's dismay, neither of the former Guardians can remove the ring. Seeing no reason to remain on Odym Hal decides to leave the planet. Just before departing Sayd reveals that the ring cannot be removed, and that it would only leave Hal after finding what he hopes for. Walker,expressing his concern at Hal's indifference to the Blue Light, is put at ease by Ganthet, saying that Hal would come to recognize the power of Hope, but as a Green Lantern. After Hal's departure, Sayd expresses the urgency of Walker's need for a new ring, and Ganthet explains the new tasks that lie before them. Warth and Walker are sent out to find new recruits to expand the Corps and to search for the Indigo Light of Compassion, for Hope and Compassion must work together. 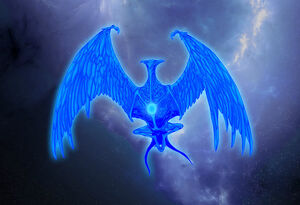 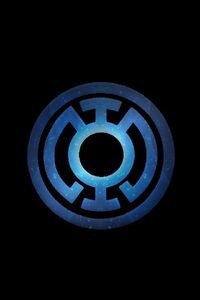 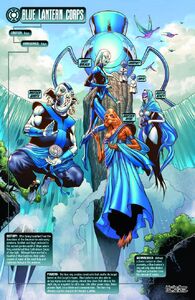 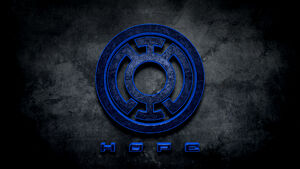 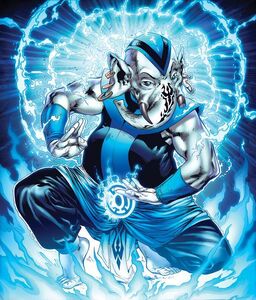 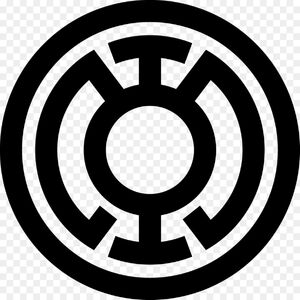 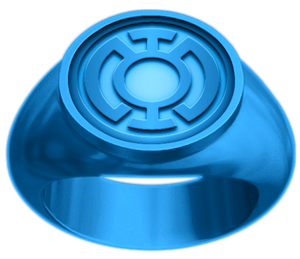 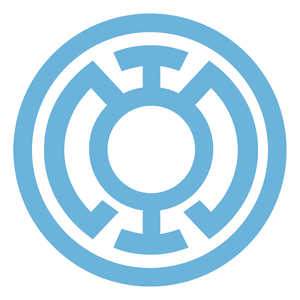