He gets help from his wife Linda, and his children, Tina, Louise, and Gene. They often have trouble paying their rent and have regularly poor business, despite Bob's burger-making skills being regarded as excellent.

Bob has black hair, like the rest of his family, with a comb over and a bald spot on top. He also has a thick mustache, which he has shaved on one occasion. He is very hairy, has brown eyes and a beer belly.

Bob's father, "Big Bob" owned a restaurant called "Big Bob's Diner" and had a drinking problem. Bob's unknown mother apparently left Big Bob and Bob or died. Bob was then not able to be left outside and always had to work for his dad. Supposedly Bob made a burger for one of his customers, and the customer enjoyed it, thus starting Bob's burger-making career.

He met Linda after getting stabbed by her engagement ring from her then-fiancee Hugo in a bar. They then got married and had three children.

Bob tends to be more of a normal person when compared to other cartoon dads such as Homer Simpson and Peter Griffin. He is a great chef and struggles to keep up his restaurant. He also tries to be a good family man, despite not having much respect from his children, and tends to get into situations with his wife Linda.

He tends to be more relaxed and aloof and tired most of the time, and he also normally is very calm, but can explode on some occasions when he is offended or annoyed. He sometimes goes to extremes when it comes to some things, like trapping himself in the wall crawl space so he won't have to see his mother-in-law or taking a cow into his house because it was left in the rain.

He also adds personification to inanimate objects around him, giving them voices and personalities, such as when he let a frozen turkey played by him talk him into drinking Absinthe, or when he pretended an action figure of Keanu Reeves was conscience. 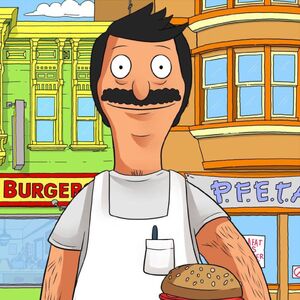 Bob in a piece of promo art for the show. 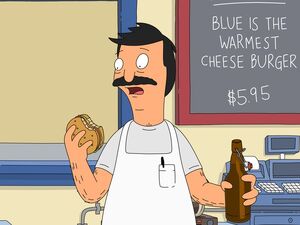 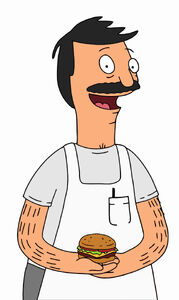 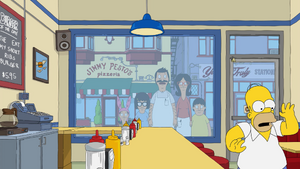 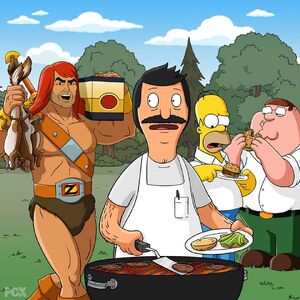 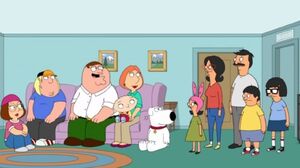 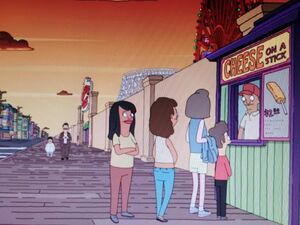 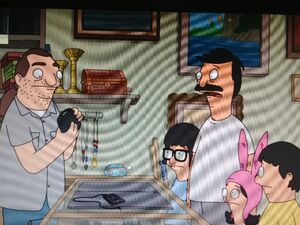 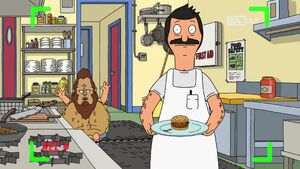 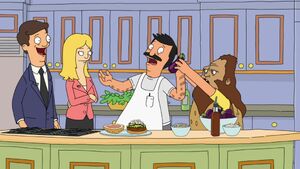 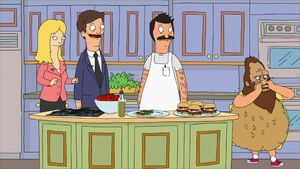 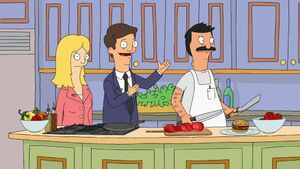