Bob Lee Swagger is a former Gunnery Sergeant and the main protagonist in the 2007 film, Shooter. He is portrayed by Mark Wahlberg, who also played John Bennett in 2012's Ted, Cade Yeager in 2014's Transformers: Age of Extinction and it's sequel, 2017's Transformers: The Last Knight along with Max Payne in the film adaptation of the video game series.

Bob Lee Swagger is a retired Marine who served in Iraq and Afghanistan during his time with Force Recon and the Marine Corps Forces Special Operations Command. He now lives in Seattle, Washington alongside his wife Julie and his young daughter, Mary. When his former commanding officer approaches him with an offer to help the Secret Service investigate a potential assassination threat against the President of the United States, Swagger reluctantly agrees, only to realize too late that he has stumbled into an international conspiracy intent to frame him for murder. With few people he can turn to for help and even fewer that he's certain he can trust, Swagger sets out to clear his name and discover just how deep the conspiracy goes before the people behind it can clean up all their loose ends... including him.

In the second season, Swagger and his wife is under attack by hostile forces who are connected with Solotov during a party for US Marine forces stationed in Germany, which has something to do from their days when Swagger was deployed in Afghanistan with Johnson. The storyline continues in the 3rd season, where Swagger and his allies continue to take down Atlas and investigate his father's death after Solotov mentions that his murder was not from a shootout with a murder suspect.

USMC Force Recon Gunnery Sergeant sniper Bob Lee Swagger is on a mission in Eritrea with his spotter and friend Corporal Donnie Fenn. They help an allied convoy evade the enemy but Donnie is subsequently killed in the firefight against the enemy militia forces. Three years later, Swagger, now a disillusioned civilian, is living in self-imposed exile at a secluded log cabin. At the office of a unnamed Private Military Company in Langley, Virginia, a retired US Army Colonel in the alias of Isaac Johnson and his associates and his employees review Swagger's combat operation report and his DD-214 and visit him and requests his expertise to prevent a pending assassination of the U.S. president. Johnson gives him a list of possible assassination sites and Swagger concludes that Independence Hall in Philadelphia is most likely. As Swagger is working with Johnson's men to find the assassin, the Ethiopian Archbishop is killed instead while standing next to the President. Swagger is double-crossed when he himself is shot by a corrupt Philadelphia police officer, even though he manages to escape. The conspirators frame Swagger as the assassin and a manhunt ensues. Swagger subdues an inexperienced FBI agent, Nick Memphis and steals his car, crashing it into the Delaware River. He then clings to the side of a boat to evade the pursuing policemen.

After escaping, Swagger treats his injuries and takes refuge with Sarah, Donnie's widow. He later persuades her to help him contact Memphis with information about the conspiracy. Memphis is scapegoated for Swagger's escape and is awaiting punishment but argues that given Swagger's training and expertise, it is suspicious that the president survived and the archbishop standing several feet away was killed. He suspects that Swagger may have been framed for the assassination and is further convinced when he learns that the policeman that shot Swagger was murdered shortly afterwards.

When the conspirators realize Memphis' unusually successful work was about to expose their operation, they send mercenaries to kidnap him and attempt to stage his suicide. However, Swagger arrives and kills the men who abducted him, thus saving Memphis. The two then collaborate by visiting a firearms expert who provides information on the FBI's ballistics report and a list of people capable of taking a shot akin to the assassination's. Learning this, they confront the actual assassin, who kills himself after revealing that the archbishop was the intended target and was murdered to prevent him from revealing their involvement in the massacre of an Eritrean village, which was carried out on the order of a consortium of corporate oil interests led by corrupt U.S. senator Charles Meachum. Bob records the assassin's confession of his involvement in the massacre but immediately after Swagger with Memphis' assistance, escapes from and defeats an ambush by engaging and killing numerous mercenaries including foot soldiers and an armed helicopter in the subsequent firefight, the same men whose retreat that he was ordered to cover in the combat operation at the start of the film.

Meanwhile, other mercenaries have captured Sarah to lure Swagger out of hiding. Swagger eliminates several mercenary snipers and he and Memphis rescue Sarah when Johnson and Meachum arrange a meeting to release her in exchange for the evidence implicating them in the assassination. Meachum escapes and Swagger and Memphis surrender to the FBI.

Afterwards, Swagger is brought before the U.S. attorney general and the FBI director in a private meeting with Colonel Johnson but Memphis and Sarah are also present. Swagger quickly clears his name by aiming his loaded rifle (present as evidence as it was supposedly used in the assassination) at Johnson and pulling the trigger, which fails to fire. Swagger describes that every time he leaves his house, he renders his firearms inoperable until he returns. Although Swagger is exonerated, Johnson cannot be prosecuted as Africa is outside U.S. jurisdiction. The attorney general tells Swagger that he must abide by the law and to refrain from vigilantism, "even though sometimes that's exactly what's needed". Swagger is released; the charges are dropped.

Afterwards, as Johnson and Meachum sit in a secluded cabin plotting their next move. But in the end, Swagger gets his revenge and succeeds putting an end to them by doing it the old fashioned way (killing them in cold-blood). 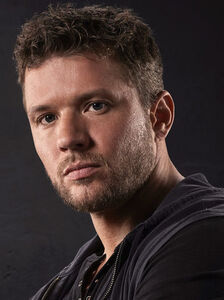 Add a photo to this gallery
Retrieved from "https://hero.fandom.com/wiki/Bob_Lee_Swagger?oldid=1746897"
Community content is available under CC-BY-SA unless otherwise noted.