Spending time with the Byers family.

Robert "Bob" Newby is a supporting protagonist in Stranger Things, serving as the tritagonist of the second season and a posthumous protagonist in the third season.

He was the boyfriend of Joyce Byers and was a father figure to her sons, Jonathan and Will until he sacrificed himself to save them in order to get them to safety from the Mind Flayer.

Bob was portrayed by Sean Astin, who also played Mikey Walsh in The Goonies, Samwise Gamgee in Peter Jackson's film adaptations of The Lord of the Rings trilogy, and also voiced Chester in the Bunnicula animated series, Raphael in the 2012 Teenage Mutant Ninja Turtles series, Special Agent Oso in the titular animated series, and Kodi in Balto III: Wings of Change.

Robert "Bob" Newby was born in 1947 to unnamed parents in Hawkins, Indiana, and attended both Hawkins Middle and Hawkins High School before his family moved to Maine. In his childhood, Bob was scared by a clown at a fair, which caused him to start having nightmares about him. During one nightmare, he decided to stand up to the clown and it disappeared, thus allowing him to sleep easily. While in middle school, Bob befriended Scott Clarke and became the founder of the AV Club there. In high school, he was classmates with Jim Hopper, who referred to him as "Bob the Brain", and Joyce Horowitz, but she never knew he existed. While living in Maine, Bob became the manager of a RadioShack.

In 1984, Bob would visit Hawkins and reunited with Joyce, whom he started a romantic relationship after she officially divorced from Lonnie Byers. Unlike her ex-husband, Bob had a healthy relationship with Joyce and her sons, and had movie nights with the family to get to know them. He initially advised Joyce to leave Hawkins for Maine, but didn't push the idea onto her as he gave advice to Will to stand up to his fears. When Will started to draw things from his source of the Mind Flayer's dimension, Joyce recruited Bob to help her solve it due to his love for puzzles. Bob discovered that the drawings were of Hawkins itself, and the group managed to reach Hopper before heading to the Hawkins laboratory.

Dr. Owens deduced that Will was connected to the Mind Flayer's hive mind, and the entity influenced the boy to send the Demodogs to the lab. Bob would then volunteer to turn the power back on since he knew "BASIC", and managed to do so before he was tragically killed by a pack of Demodogs.

Bob is remembered by Joyce in several flashbacks, as she still deals with her grief over his death. By the end of the season, Joyce decides to leave Hawkins with Will and Eleven, deciding to put their safety first due to the recent attack by the Mind Flayer. 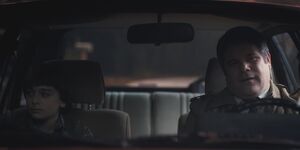 Bob and Will Byers. 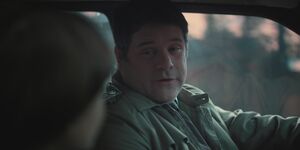 Bob explaining his childhood fears to Will. 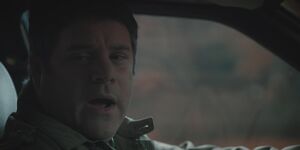 Bob telling Will how he stood his ground against his fears. 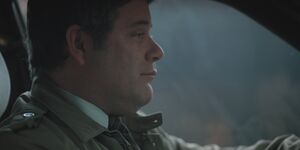 Bob having given Will advice on how to face his own fears. 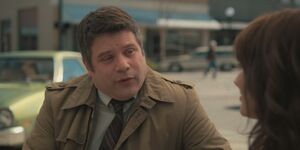 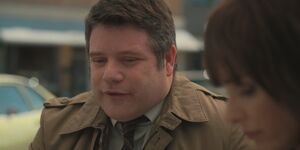 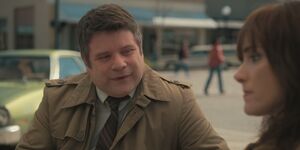 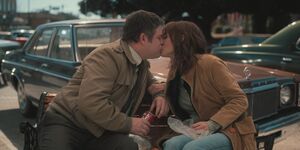 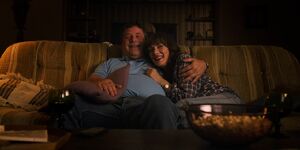 Bob in a flashback with Joyce.