Protect Eggs from pigs
Play on his tablet

Bomb, Тhe Black Bird, or Bomb is the tritagonist in the Angry Birds series of games created by Rovio Entertainment and a recurring character in Angry Birds Toons. First introduced in 2009, the character is one of the original five birds in the Flock.

He is round, with a feather on his head with a yellow top (representing the fuse on a bomb) and a black body.

While most all of the Flock have a short temper when it comes to egg theft and smuggled birds, Bomb has the worst temper of them all. He loses his "explosive" temper easily and often (as depicted in the Wreck the Halls animation and Christmas comics). Also why he explodes. As a result, Bomber tends to be a loner, preferring to remain away from the Flock, as he does not want to be stressed with their problems. (Another possible reason is that he doesn't want to accidentally blow up everyone else). Despite this, he is always ready to help should an emergency be called. His power is the strongest out of all the birds.

He is also known to have a sense of justice, because in the MTV anti-bullying video, he stands up for a minion pig that was being bullied.

He also seems to be a very intelligent bird and a good chef, despite that fact that he thinks no one likes the "new-age cooking" (as seen in the Angry Birds Christmas comics). He puts in effort to control his temper by reading up on self-help books.

Little is known about Bomb’s history before the events of the first Angry Birds game or how he acquired the power of "mega shock wave," the ability to incinerate items within a radius of his body. When enraged, his top feather will begin to smoke. He will eventually turn red, then explode with anger.

In the course of the battles with the Birds, he has traveled to many different locations and environments, including the desert, underground caves and beaches. The Pigs never rest in their quest to steal eggs and the Flock often has to retrieve their eggs on holidays and special occasions. In one instance, the Pigs captured the entire Flock at an indeterminate time later, the Flock was captured as rare birds and taken to Rio de Janeiro, Brazil where they fought with Blu and Jewel and their friends against Nigel the Cockatoo and Mauro and his gang of marmosets. Bomb and Matilda did not appear originally in Rio, but arrived shortly after the others, so it is possible they were either captured at a later time or they were not captured originally and made their way to Rio to find Red, Chuck and the Blues (Jay, Jake, and Jim).

In addition to Rio, Bomb has also traveled to China (twice) and Japan, where he wore a karate gi.

During the Wreck the Halls adventure, Red and Bomb took the lead in chasing the Pigs through the snow on skis. It was Bomb who eventually caught up with them, recovered the Christmas packages and destroyed the Pig Fortress.

In another adventure, Bomb and the Flock jumped into Space via a wormhole, gained super powers (as a result of the wormhole) and fought the Space King in order to regain their stolen eggs. 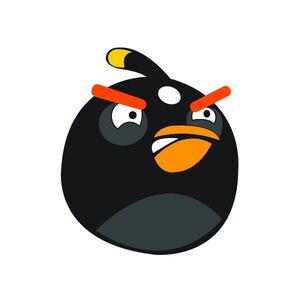 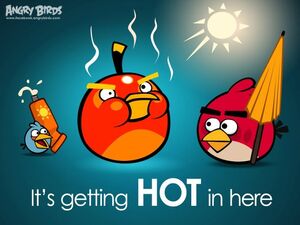 Black Bird about to explode from the heat. 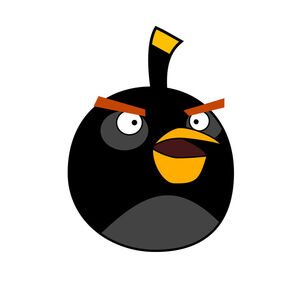 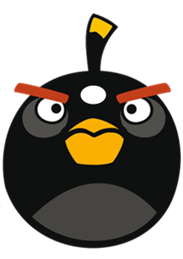 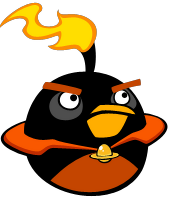 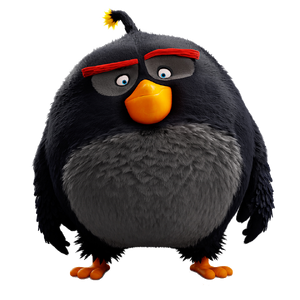 Bomb in the movie 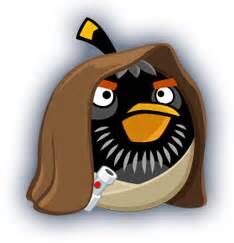 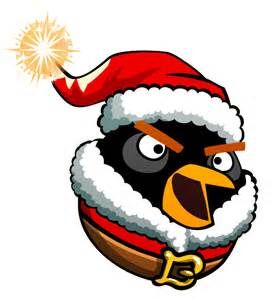 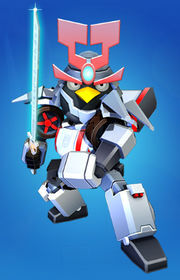 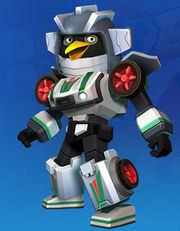